I know I brag on my friend Sara a lot, but seriously, that girl amazes me!  At 8 months pregnant, she is still a cupcake baking machine.  Our church just celebrated its 60th anniversary and Sara was asked to supply around 650 cupcakes for the event.  She rallied a group of ladies to help her out knowing that with two other big events booked for the same weekend, she couldn't do it all.

I of course jumped at the chance to help her out and maybe learn a trick or two about cupcake making! Sara is always super organized and had everything all printed out and bagged up in batches.  We started at 1, just the two of us! She and I were all on our own for the baking portion (there were a couple of ladies who bailed last minute, and a couple who showed up later once they got off work).

I had Bean with me, which made things twice as hard.  She didn't want to nap right away, and wasn't happy about playing in the play yard.  So for a little bit, I had to hold her AND make cupcakes.  I, of course, reminded Sara that this was just a glimpse into her future, ha!  Bean finally did nap, and we found a baking groove.

I stuck to mixing up the batches.  We had 4 Kitchen Aid mixers in use throughout the day.  I'd pick up a bag of a specified dry mix, follow the recipe to add in the wet ingredients, mix it up, and pass off to Sara.  She'd scoop into all the cupcake pans and bake.  When I was tending to Bean at times, she'd have to do double duty.  Just as the last batch was baking, the rest of our help arrived and we switched to icing mode.  Sara did a quick icing making lesson and let a couple of us make the icing while she iced all the cupcakes.  Another lady followed behind and added the toppings.  We all took turns on cleaning up the dishes! 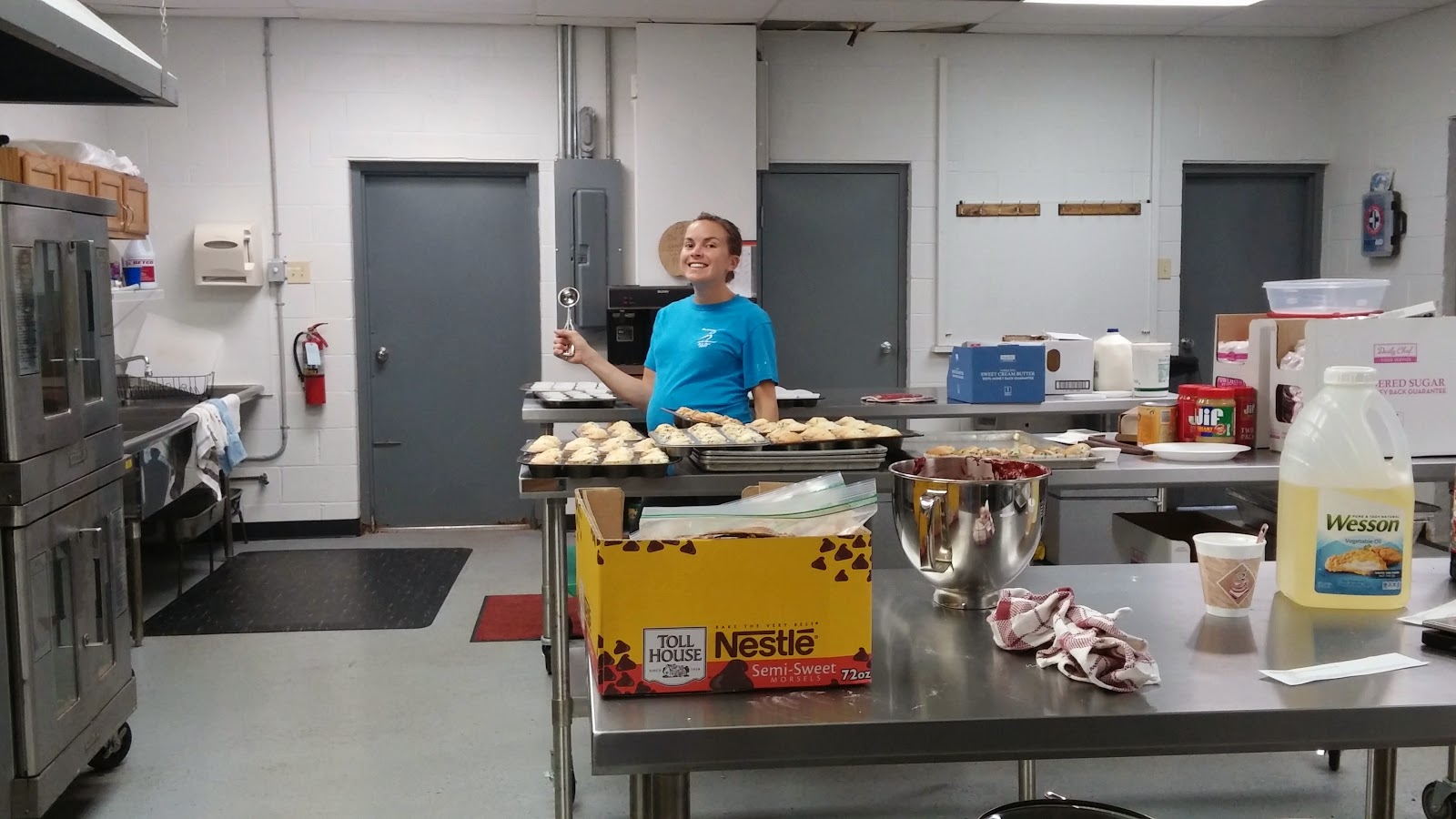 (Sara trying to convince me that we can totally bake 630 cupcakes all by ourselves. And I'm pretty sure this picture was after she realized if she worked on the opposite side of the table, she could face me so that we could talk.  Only took about 30 minutes to figure out!) 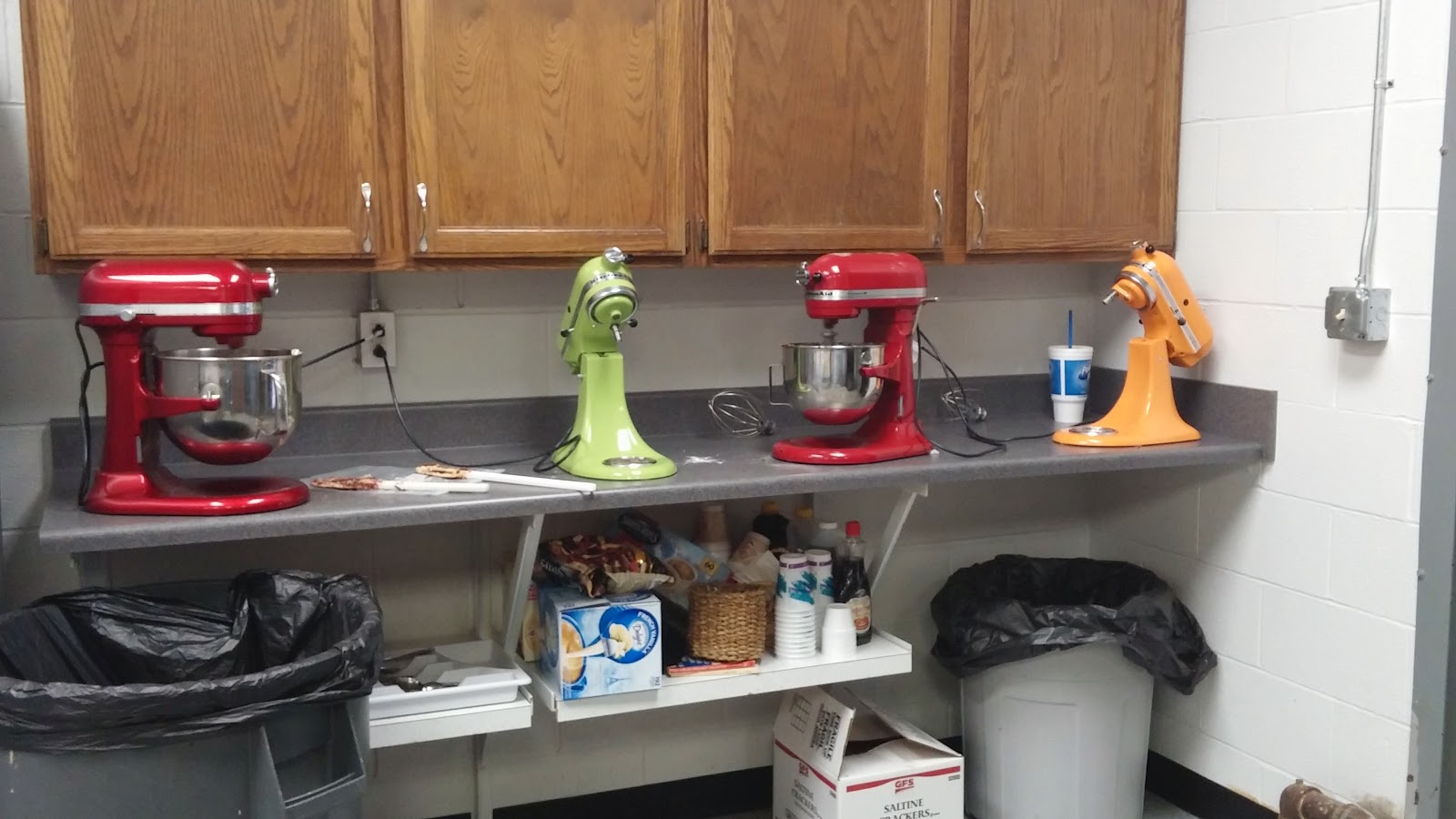 (Look at all those mixers! Sara owns the two on the left, we borrowed the red in the middle from our friend Candace, and my orange one on the right!  We had all 4 going at one point  - but we had to move one due to it holding peanut butter and one of the ladies being allergic. ha.) 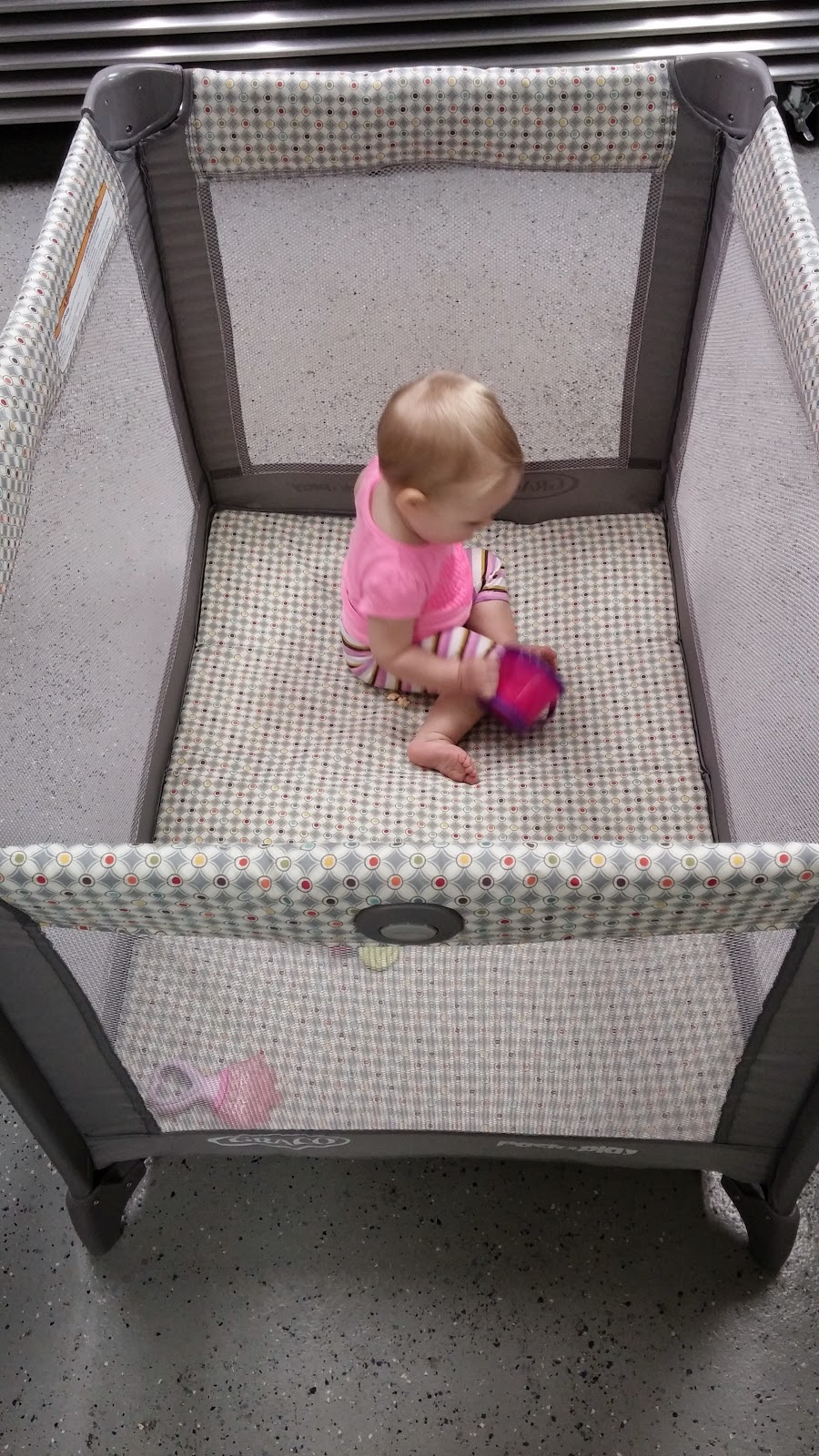 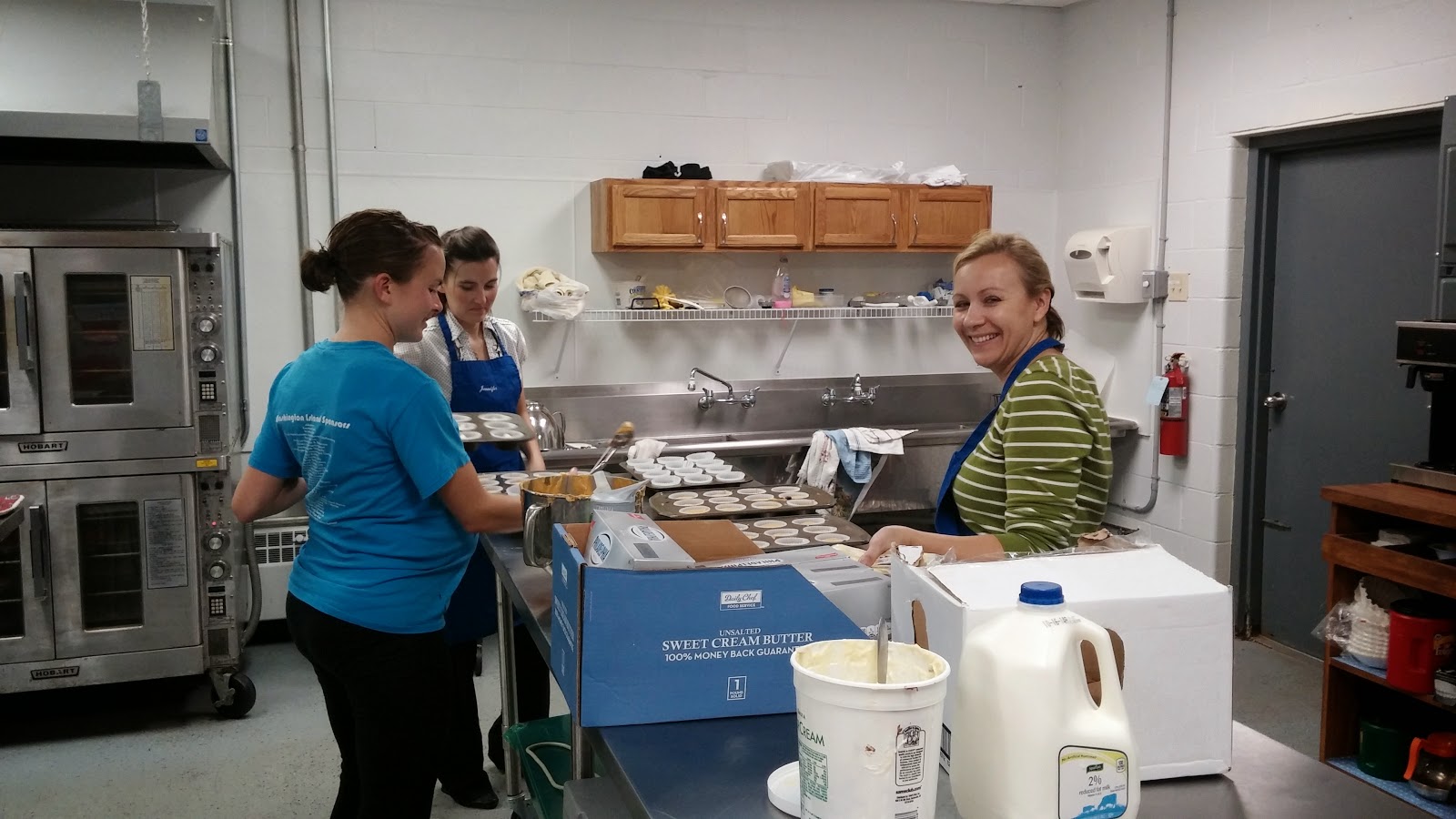 There were 3 different icings being done, so we assigned a specific icing to each mixer.  Then, as Sara needed that icing, we'd just make more.  My favorite part of the day was when Sara said I made PERFECT icing.  Sara is a perfectionist and isn't one to give over control.  So her letting me just make the icing and not shadow over me was HUGE.  Haha! 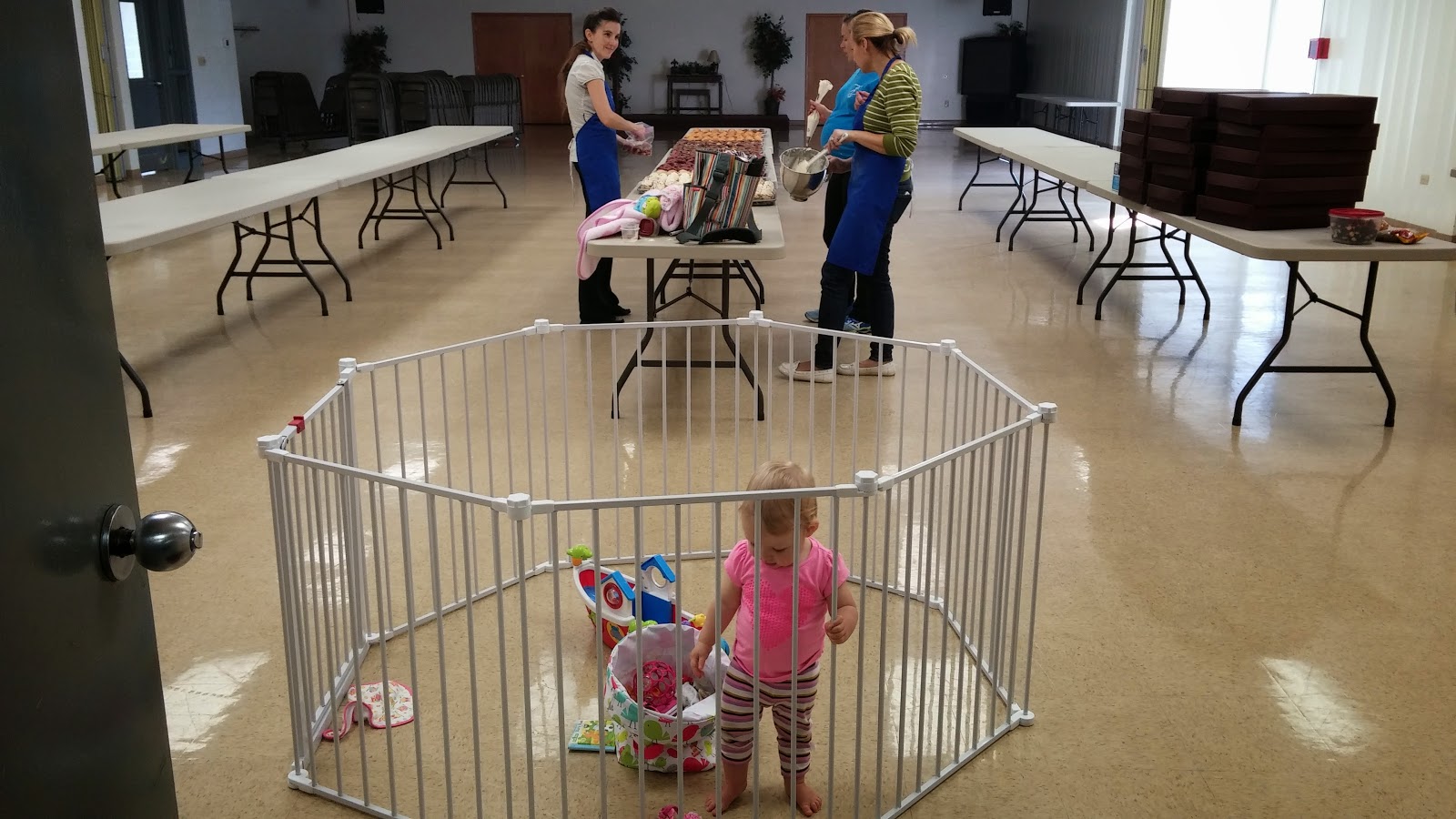 (I had the playyard set up in the fellowship hall right outside the kitchen.  Bean played in there a little bit while the cupcakes were being iced, but then she wanted out of jail.  One of the ladies ended up playing with her for awhile until she had to leave. That's when daddy came to the rescue to take her home!)

Steve was able to cut out of work by 5, pick up dinner for a few of us, and take Bean home with him.  It's amazing how much easier it is to do things without her.  Just having to check on her, worry about her, etc takes up time and side tracks me easily.  We finally finished up all the cupcakes and cleaning around 6. Our goal was to be done by 7 - Awesome!  We could have done it all on our own, but so thankful for the other ladies who showed up and helped!  Definitely made things go quicker :)

I was able to take a few things that I learned from our huge cupcake day and cranked out some gluten free cupcakes on my own.  There are a few ladies in our church who are gluten free and one of them was supposed to supply cupcakes.  However, she got injured so I stepped in to help.  I first had to make sure to deep clean my kitchen (and mixer) to get rid of all the gluten and not cross contaminate.  It made for a stressful day, but in the end, I was pleased with the outcome! 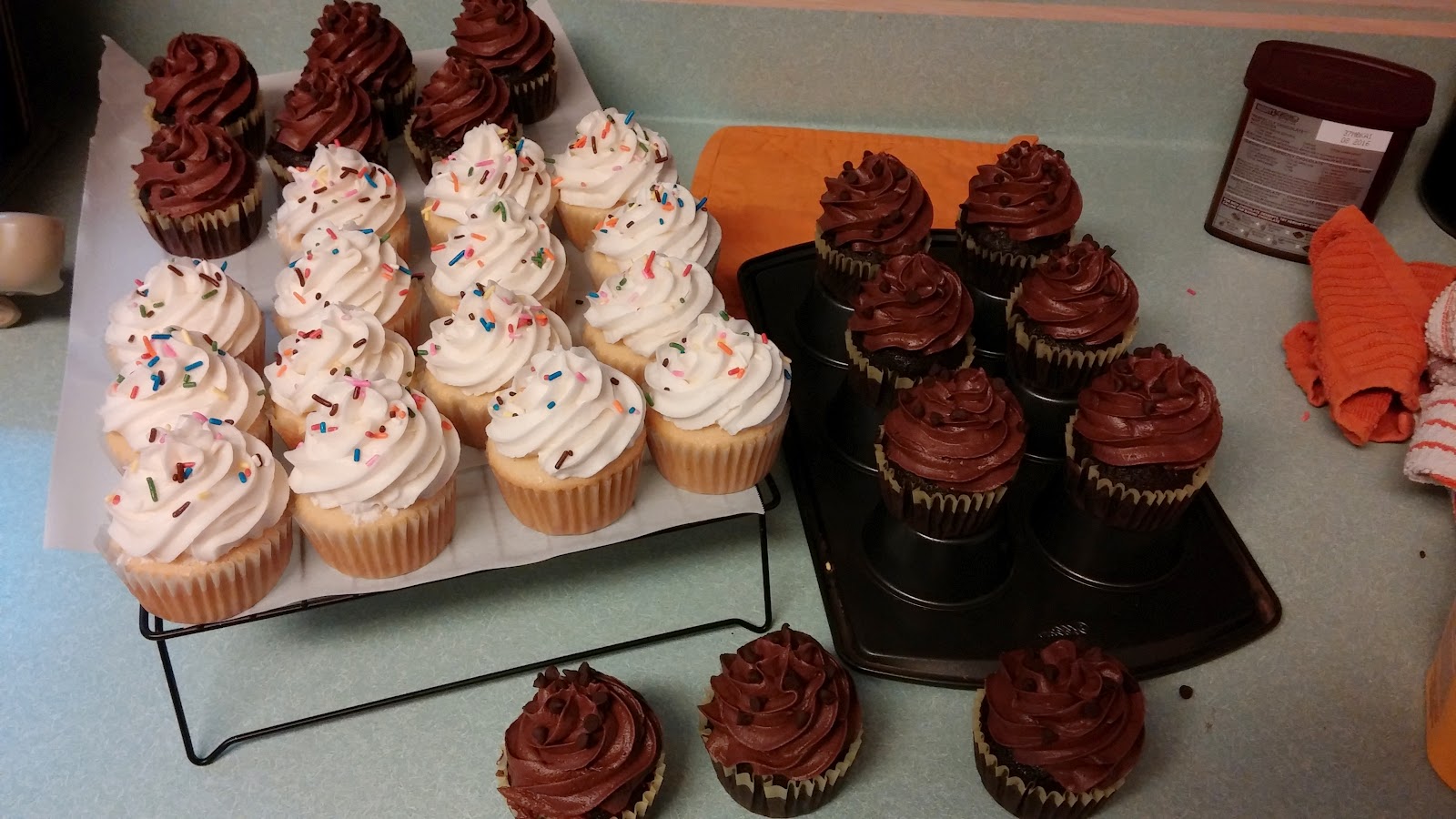 (My gluten free cupcakes!  I borrowed an icing tip from Sara.  This was my first successful piping bag experience, haha!) 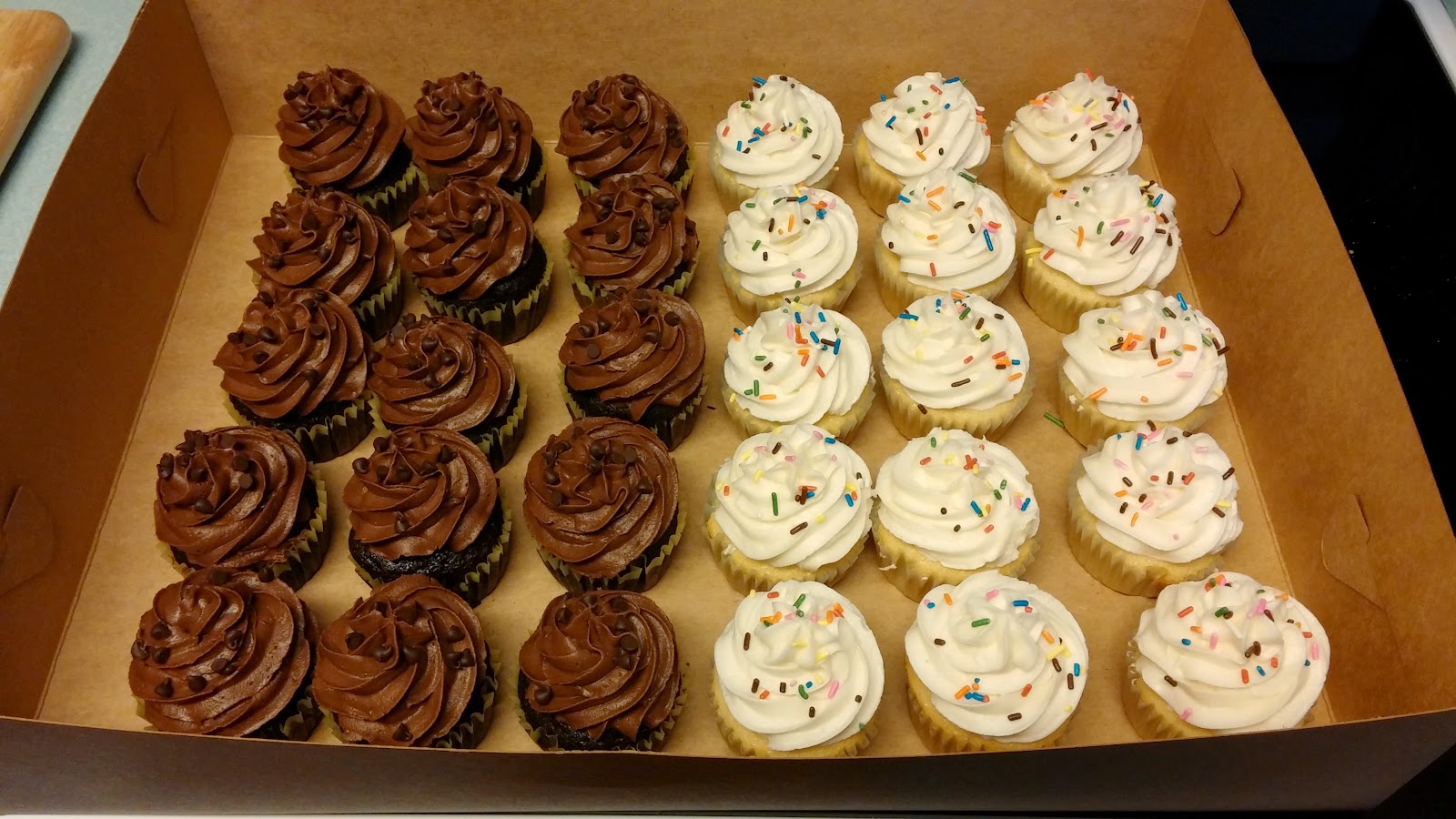 (Proof I had made and packaged the cupcakes.  The box was really big and wobbly when you picked it up.  So I wanted proof of perfect cupcakes before the "treacherous" ride to church.  Okay, really it wasn't treacherous but I may have panicked a little over some stops. Sorry Steve.)
Posted by Unknown at 4:17 PM