Steve loves fall colors and Steve loves to travel.  Both of those converged on Family Fall Day! He did the research and convinced me that we should go to Grand Rapids, OH for the day.  I'm a pushover and said, "sure!" (even though, the thought of being in the car was not on the top of my list.  This was the weekend before our Disney trip, where Bean & I would spend 20+ hours in a car that week!) Good thing we went, because we had a great day!

Our first stop was supposed to be for a late breakfast at a cafe in town.  But we missed the breakfast menu by 30 min! So late breakfast turned into early lunch, ha! Who doesn't want a cheeseburger before 11am?! After we ate, we headed to a park where we could take a boat ride on the Miami/Erie Canal.  The workers were dressed in 1876 fashion and pretended as if we were really sailing down to Cincinnati.  It was fun and we got to learn a lot! We even got to go through a lock on the canal. 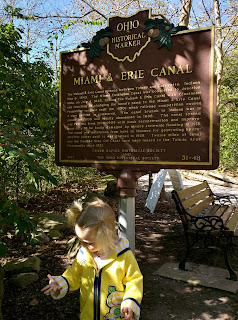 (I know I say it a lot, but Bean is such a trooper and constantly amazes me.  First off, I am the mom who forgot to pack diapers for the day! So she went all morning/afternoon in the same diaper and never complained.  We also didn't have a stroller, so she walked everywhere - which she actually preferred.  She was constantly happy and loved playing with nature around her.) 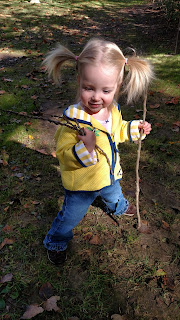 (Bean's obsession with sticks became very apparent.  She kept picking them up and wouldn't let them down.) 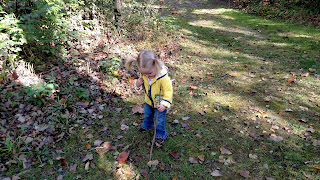 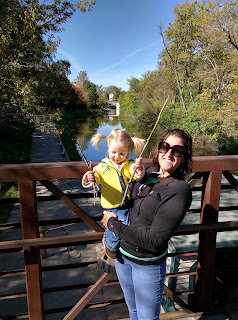 (Photo op along the canal!  Still holding strong to those sticks.) 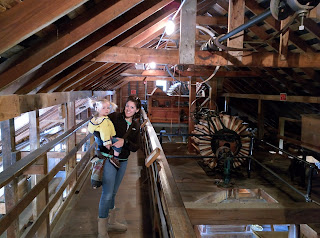 (We had to convince her to put the sticks down so we could go inside the saw mill.  We had a little bit of time to kill before we got onto the boat.  We just briefly walked through the mill, but actually went back after the boat ride to see the different levels and learn about the mill.) 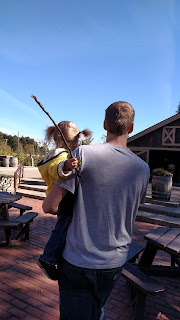 (After the mill, she went and picked her sticks back up.  We were in a hurry to get back to the boat area so Steve carried her.) 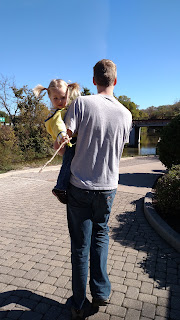 (What a good daddy! Those sticks were driving him crazy, but he put up with it because it made Bean happy.) 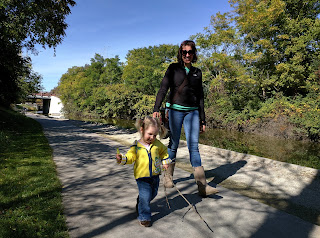 (Once we got closer to the boat, we let her walk.  I was afraid the bigger stick was going to cause her to trip, but she knew what she was doing.) 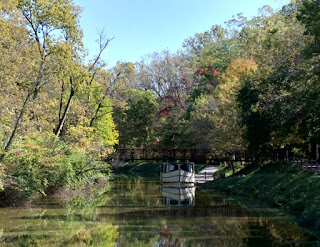 (The "Volunteer" waiting for us on the canal.) 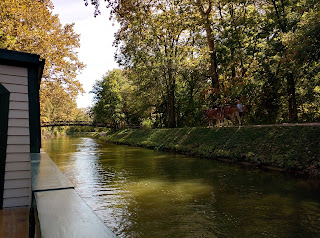 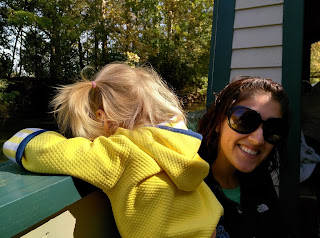 (Bean did great on the boat - especially since it was nap time! She of course entertained the people around us and would also look at the water.)
Posted by Unknown at 2:28 PM