The weekend after we got back from our cruise (yes, I'm now 2 months behind in the blog), Scott, Ashley, & Tyson came to visit!  They came on Friday evening, just in time for us to light up our fire pit and eat dinner outside! We roasted hot dogs in the fire (and of course s'mores!).  Bean was really good about staying away from the fire and absolutely devoured her first s'more. 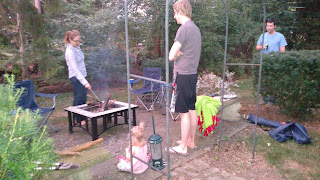 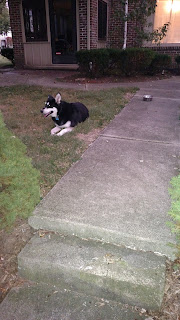 (Even Tyson joined us in the fire pit festivities, but he stayed far away by choice.) 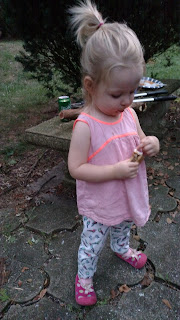 ("S'more what?" Took her a minute to decide if she liked the s'more, but once she realized there was chocolate inside, she was sold.) 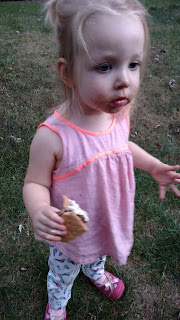 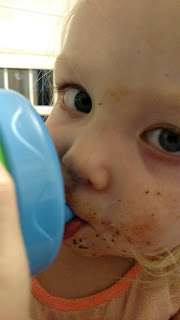 (Evidence of a fun night -- baked beans, sticky marshmallow, and dirt all over her face.)


On Saturday, we caravanned down to Dayton area to do a hike around Yellow Springs and visit Young Jersey's Dairy Farm.  Bean walked nearly the whole time during the hike and loved the freedom to run outside.  She wanted to play in the springs, but had to enjoy picking up sticks instead. 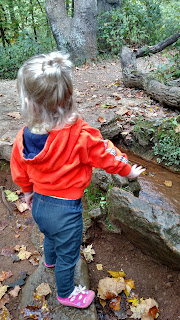 (Not sure when she got so big, but when her hair is up in a pony tail, she looks like so grown!) 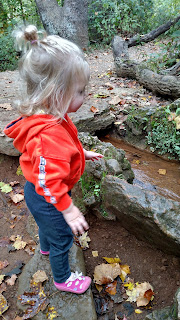 (Trying to figure out a way to touch the water.  I offered to lift her up and let her touch it, but she wigged out and thought she was going to fall.) 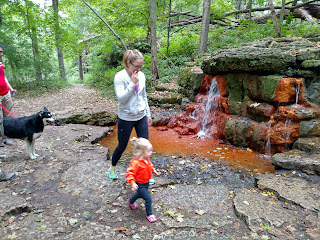 (Racing Ashley to the water) 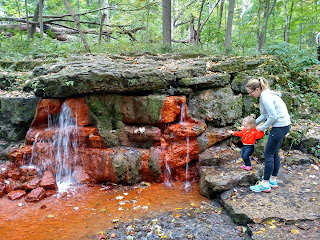 (Ashley keeping Bean "safe".  That's a common phrase around our house - "Don't fall. Be Safe" -- spoken by Bean, not momma.  Sometime's she's like Rain Man in repeating that phrase.) 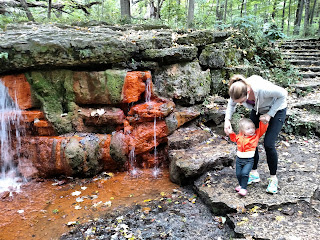 (She really wanted to get in the water and mud.) 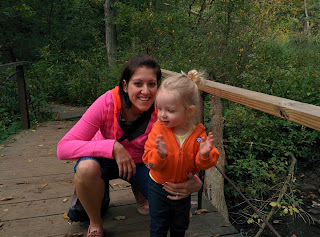 (What a fun little hike!)

At Young Jersey's, we first ate lunch at the cafe.  We sat outside at a picnic table so that Tyson could accompany us! After lunch, Scott chose to hang out with Tyson while the rest of us went on a tractor ride to go over to a corn maze.  We were given a little scavenger hunt to do while going through the maze (which we aced and got a coupon for ice cream for later!).  The sun chose to come out while we were in the maze and made it very hot! Bean was a trooper and walked for the beginning.  But then she got hot and asked to be held, which turned into her falling asleep.  It was BOTH of our first times in a corn maze! 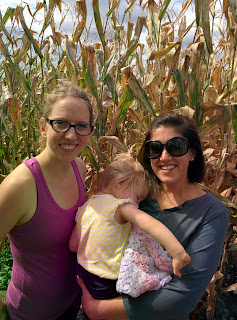 (Zonked out during the corn maze) 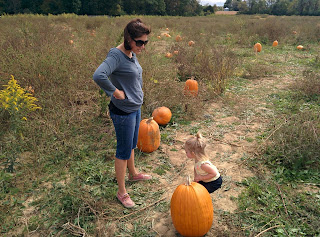 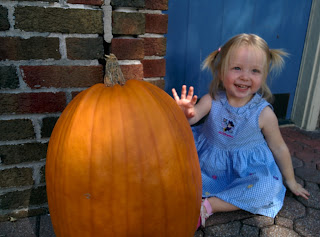 (She LOVED the pumpkin.  Whenever we were outside, she would yell for the pumpkin and run over and pat it.  Unfortunately, our pumpkin only made it a couple weeks at our house.  Some hooligans took it from in front of our house and smashed it in the road.  We found out on our way to church one morning - rendering me emotional all day.  Who would take a toddler's pumpkin?!  Luckily, Bean was oblivious and never asked about the pumpkin after it disappeared.)

After the corn maze, we headed back to farm area to get on another tractor.  The second tractor took us out to the pumpkin patch.  We didn't have to walk far into the patch when Bean picked out our pumpkin - which was bigger than her!  Good thing we were provided little wagons, because our pumpkin was heavy!

We finished off our trip to the farm with petting the goats and eating some ice cream.  We were all worn out by late afternoon and called it a day.  Scott, Ashley, and Tyson returned back to Cincy while we headed back home.  We had a great visit!
Posted by Unknown at 1:35 PM