I am well into my second trimester with our baby Sprout! 1st trimester was really rough.  I was tired, often didn't feel good, and mentally drained.  I didn't want to talk about being pregnant or really think about what that fully meant.  But here I am 21 weeks ( over halfway!) and things are much more positive around here.

Other than having to get up and pee a ton at night, I'd say I almost feel like my old self.  Mornings are still rough (I wake up very weak and shaky and have to eat and drink a lot of water before I feel like starting my day).  I have way more good days than bad days and have even figured out some triggers that make me feel better and worse.

Just like with my last pregnancy, heartburn is an issue.  I've learned tomato sauce is not my friend, but milk is! If I know we are going to eat something with red sauce, I'll take an antacid before eating and that generally does the trick.  I also try to start and end my day with a glass of milk which also has helped alleviate heartburn.

I have way more energy (and motivation again).  I've seemed to finally retackle the house and am able to stay on top of it and not let it get to "zoo" status.  I am also back into a good exercise routine - both running and a prenatal video workout.  I try to work out 3-5 times a week with a mix of the running and video (goal of at least 2 runs a week).  My running isn't near the level it used to be.  I've dropped from being able to run over 6mph to just above 5.  I used to be able to run 2-3 miles straight, but now only do 1.5 miles at a time and sometimes have to do a portion of walking.  I never really fell in love with running when I trained for my mini a year ago, and I have to say running and being able to feel a baby moving and squirming around inside of you definitely is not on my top 10 list of "fun" things.  But alas, it must be done.

I don't have any crazy cravings yet.  During the 1st trimester, I tended to like saltier things and lost my love for sugar and soft drinks.  Now that I'm feeling much better, I'm back into sodas (still caffeine free) and have my sweet tooth back.  I will say, I did have 1 week where all I wanted was biscuits.  Like hot, fresh homestyle biscuits.  I did meet that craving but still every once in awhile think, "mmmm, biscuits. . ."  I was on a guacamole kick recently, but I would do that non-pregnant, so I don't count that one as a real craving. I would say overall my eating hasn't changed much. I eat pretty much what I did before and in the same amounts (partly to do with the heartburn!).  So far, I've only gained 7 pounds.  I have a goal of gaining no more than 25 (not that I'm actively paying attention or trying to lose weight).

Sprout is one very active baby! I've been feeling his/her kicks and pokes for the past few weeks, but they've really increased here recently.  Steve and Bean have yet to feel the baby move on the outside - most of the movements are internal.  When I do catch the baby kicking out, it seems to calm before I can get anyone's attention to come feel (or see).  Sprout's active times typically coordinate to my eating.  After lunch and after dinner are pretty active times as well as around 3am (hoping that's not a sign of things to come).  I'll often wake up feeling baby moving and it takes me awhile to fall back asleep.

We are looking forward to Sprout's arrival but have a ton of stuff to get done before June.  Mainly, lots of goals and things to get accomplished with big sister Bean (like moving to a toddler room/bed, getting rid of her pacifier for sleeping, and hopefully mastering potty training).  We will be pretty busy this spring preparing for Sprout!

(Not sure why this picture is so tiny.  With Bean, I was on top of documenting the belly bump. I even started taking pictures BEFORE I was pregnant.  This time, it was like, "oh shoot, I'm 10 weeks.  Probably should take a picture.") 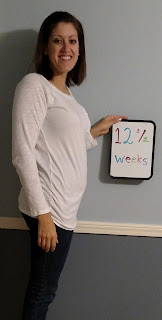 (Notice the 1/2. Ha! Not because I wanted to be technical, but because I forgot to take pictures week 11 or 12 and it was getting close to 13.  Then I thought, "I'll make life simple, and only take pictures every other week." But since I was almost 13 and the last picture was 10, my OCD self wouldn't let me just put week 13.) 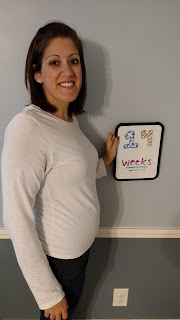 (Whew, actually remembered to document the every other week strategy!) 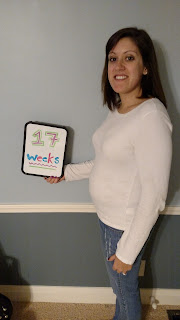 (Then life happened and before I knew it, I was 17 weeks and off my picture plan. Sigh.) 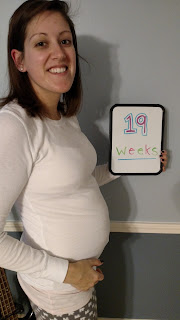 (It's bedtime, but "HEY, I  NEED to take a picture at week 19 to upkeep the every other week schedule!") 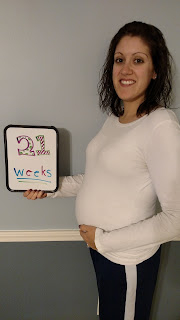 (I remembered! I was especially proud to remember this as I hit 21 weeks and not at the end.) 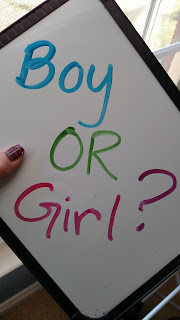 (I did a fun guessing game on my Jamberry page.  It was a hit! At the end of day 1, the score was 9 Girl guess and 5 Boy guesses.  I actually already knew Sprout's gender before I made the post, which made it especially fun for me to see who was RIGHT and who was WRONG!) (Sprout's blog debut! It's hard to tell, but Sprout was sucking on his or her thumb during the ultrasound.  Kept moving its hand up to its mouth - adorable!) 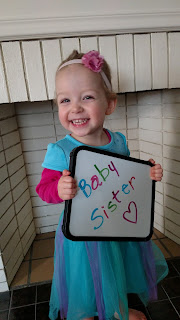 (Bean was right in her last guess before finding out Sprout's gender - a GIRL! As much as we want to add a boy into the mix, Bean and Sprout will have an amazing bond! I look forward to watching Bean and Sprout in their frilly dresses dancing about and laughing together!)
Posted by Unknown at 6:00 AM