The Good & Bad of April

We're already a few days into the month of April, and it's already shaping up to be my least favorite month.

So bear with me as I try to organize and share all the happenings -- Let's start with the bad, after all, who wants to end a post on a sad note?

The Bad of April (thus far): 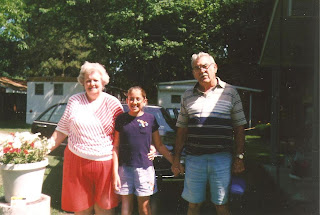 (Mammie, me & Papa up at the lake.  I got a special weekend vising their trailer on Lake Shafer with just my grandparents and cousin.  I think I was 10 in this picture.) 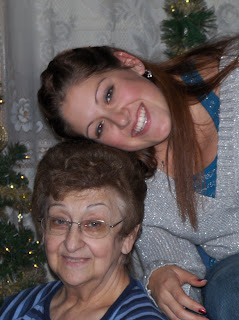 (Grandma & me the Christmas of my Freshman year in college) 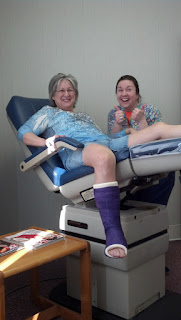 (Mom & April -- after the cast was put on but before April nearly shot her out of her chair -- ha ha.  My mom was a trooper the rest of the weekend!  She isn't on crutches and able to walk on her leg, well maybe more like hobble.  Only bad thing is it's her right leg, meaning no driving for the next month or so!)

The Good of April: