I am an absolute Olympic nut.  I have always loved watching them and soaking up all the facts about all the events and the athletes.  In 8th grade, I had an unhealthy (haha) obsession with Apolo Anton Ohno.  I still keep track of his doings and love that he is currently a correspondent for Sochi.  Why oh why did he have to retire?!

We decided to go crazy and have an opening ceremonies party for this year's Olympics in Sochi -- complete with themed dinner!  I made Chicken Kiev (chicken wrapped around an herb butter, breaded, fried, and baked) in honor of Sochi, Russia.  Others followed suit with the Russian theme by making a Russian poppyseed bread and a beef stuffed potato in a tomato/sour cream sauce. We also had an Olympic themed fruit pizza - awesome!

We enjoyed feasting on our goodies while watching the ceremony and laughing at all the crazy athlete outfits from the different countries and trying to figure out the crazy Russian alphabet.  All in all, we had a fun evening. 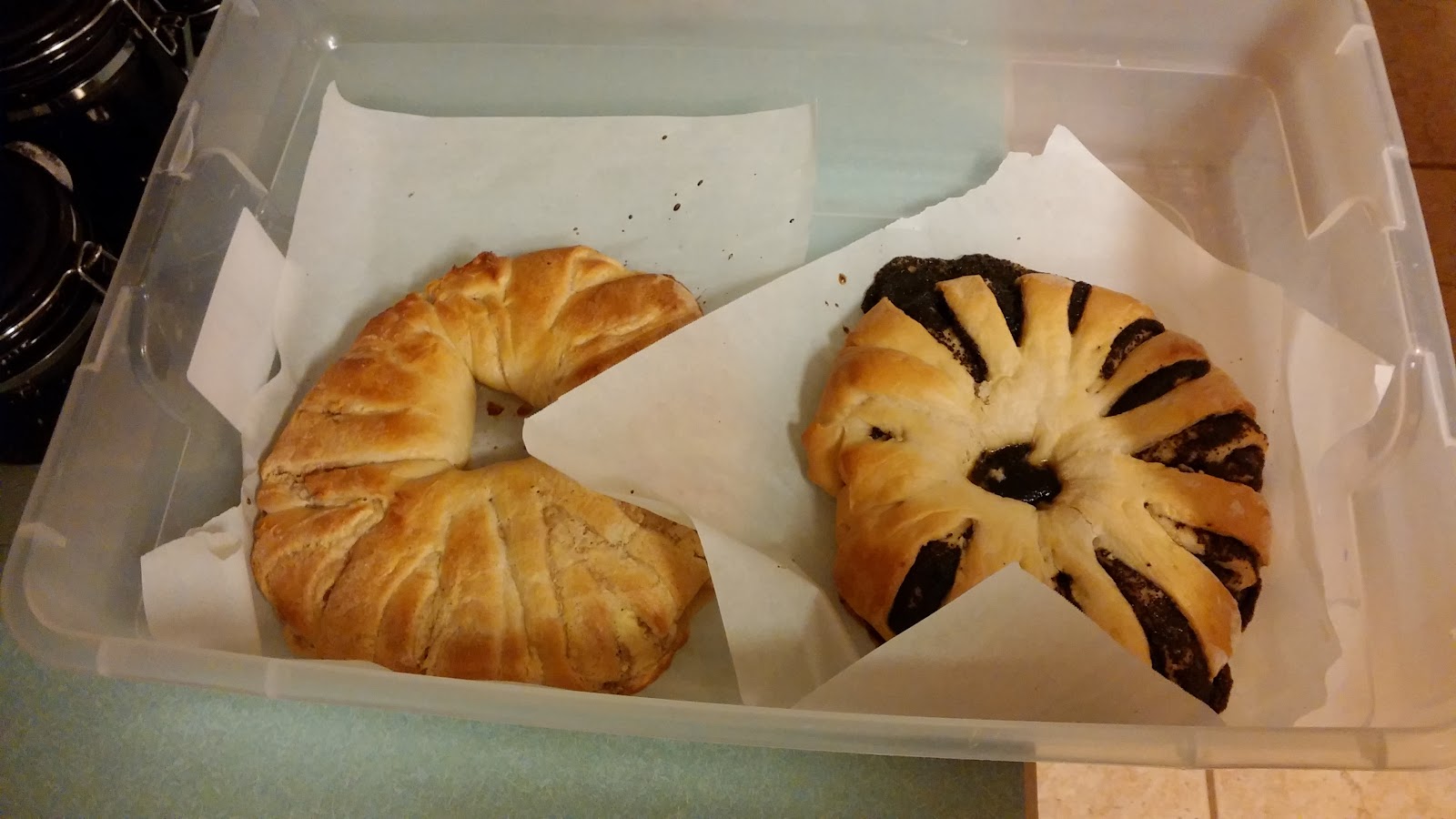 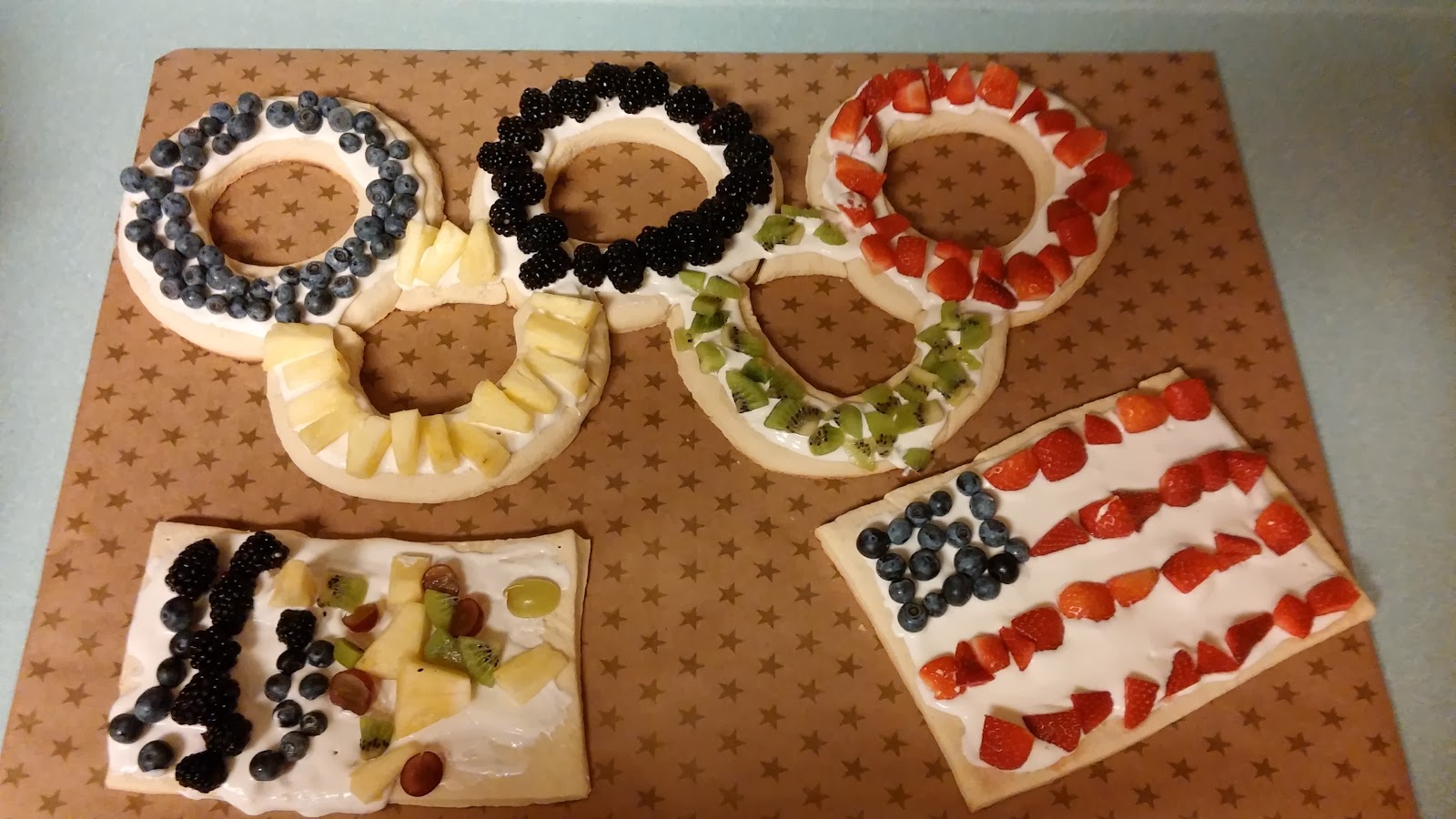 (Olympic ring pizza complete with American flag and a special "Ainsley" flag. The potato dish arrived later and I forgot to take a picture.) 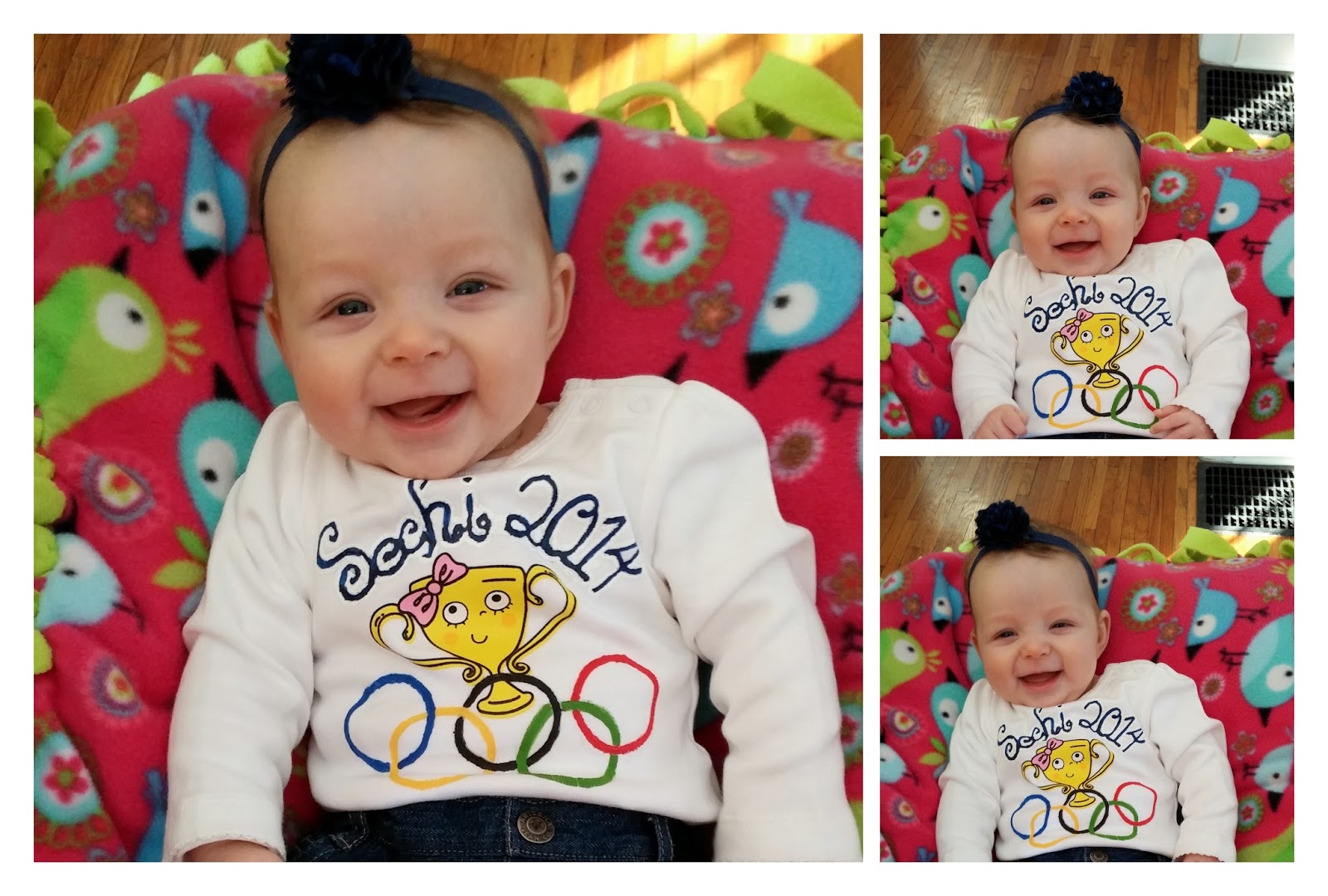 (Look at my little Olympian! I somehow managed to take a $2 onesie that said "World's Greatest Niece" and turn it into a Sochi onesie.  It turned out better than I expected! I can't wait for her to get as excited about the Olympics as I do.  Until then, I will just have to continue to push them on her.)
Posted by Unknown at 11:00 AM