It seems like this past month, all we've seen is cold white stuff everywhere.  This has been one of the most brutal winters I've ever remembered.  Feet of snow and subzero temperatures has become the new norm.  Bean and I have been holed up for most of the month.  We don't get out with the freezing temperatures, so I try to make sure I have everything organized and ready for errands in the "warm" temps (like 20s, ha!).

We have had lots of firsts this winter (along with just experience winter with Bean).  One day, I woke up to the doorbell and a five year old in his pajamas on the coldest day of the year.  He and his cousin were staying with grandma next door and somehow locked themselves out (the cousin was probably 12+ and half naked - only shorts and tank on).  I didn't believe their story of "we thought the mail came", but whatever.  I came to the rescue - literally.  I had to piggy back the older cousin to our house (he had NO SHOES!).  We almost made it halfway when I lost my balance and down we went.  The kid was covered in snow and ran the rest of the way into my house.  I'm still laughing over that one. . .

Growing up, I never had to worry about snow digging up our yard.  In fact, I made fun of neighbors who had reflectors and sticks marking their yard.  We learned that lesson the hard way.  After a plow ripped up a good foot of our yard, we now have reflectors marking the edge.  We had to buy the extra tall ones so they wouldn't get lost in the feet of snow we have.  One day alone, it snowed 9"!  That was on top of another 3+" and before another 3+".  Supposedly another 5-8" is coming?!

Steve has gotten his entire year's quota of exercise done in the past few weeks with all his shoveling.  For his birthday, his parents got him a snow blower!  It arrived on Friday and he already has gotten 1 use in on it.  Instead of taking 2ish hours to shovel (that was for the 9") it only took him about 30 minutes outside.  Even though he ended up blowing snow all over himself, he enjoyed the much quicker (and less physical) process.
We had lots of concern when buying our house due to the 17 year old furnace.  So far it is pulling through!  We got a new thermostat system (The Nest, we highly recommend it) and it tracks our energy usage.  I think so far the record is almost 15 hours of heat used in one day.  Yikes.  We are ready for that number to be declining! We keep our house set at 67, but in reality, that means our living room is anywhere between 61-63 degrees.  We use lots of blankets and I get in lots of snuggles with Bean.  (I like the excuse of "I'm too cold to do stuff"!).  Back to the Nest - why I love it -- you can change the thermostat from your phone.  Meaning, when I'm snuggled under blankets and still feel cold, I just reach for my phone and bump up the heat.  No more having to get up and walk to the dining room.  Yes, I have become that lazy!  (It's also nice to bump up the heat with your phone right before getting home and walking into fresh hot heat.

So for now, I will continue to snuggle with my baby and stare out at the frozen tundra that is our front yard. 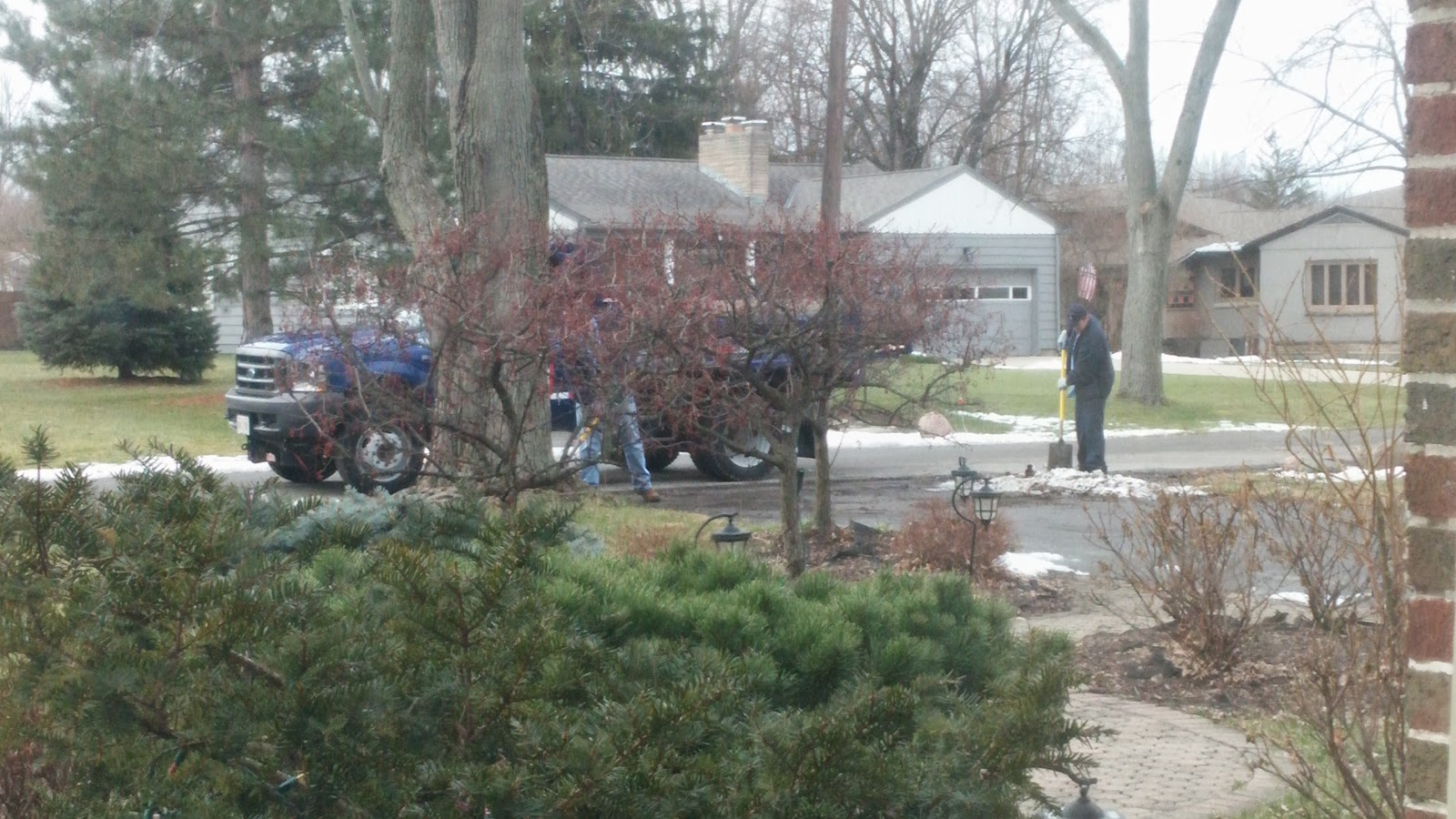 (Check out the city workers that came and fixed our yard after the plow tore it up!  I'm not sure how they knew, or if they were just driving around checking out yards, but we'll take it.  Thanks city people! Also -- what the heck is that green stuff. I'm not sure I'll ever see it again. . . ) 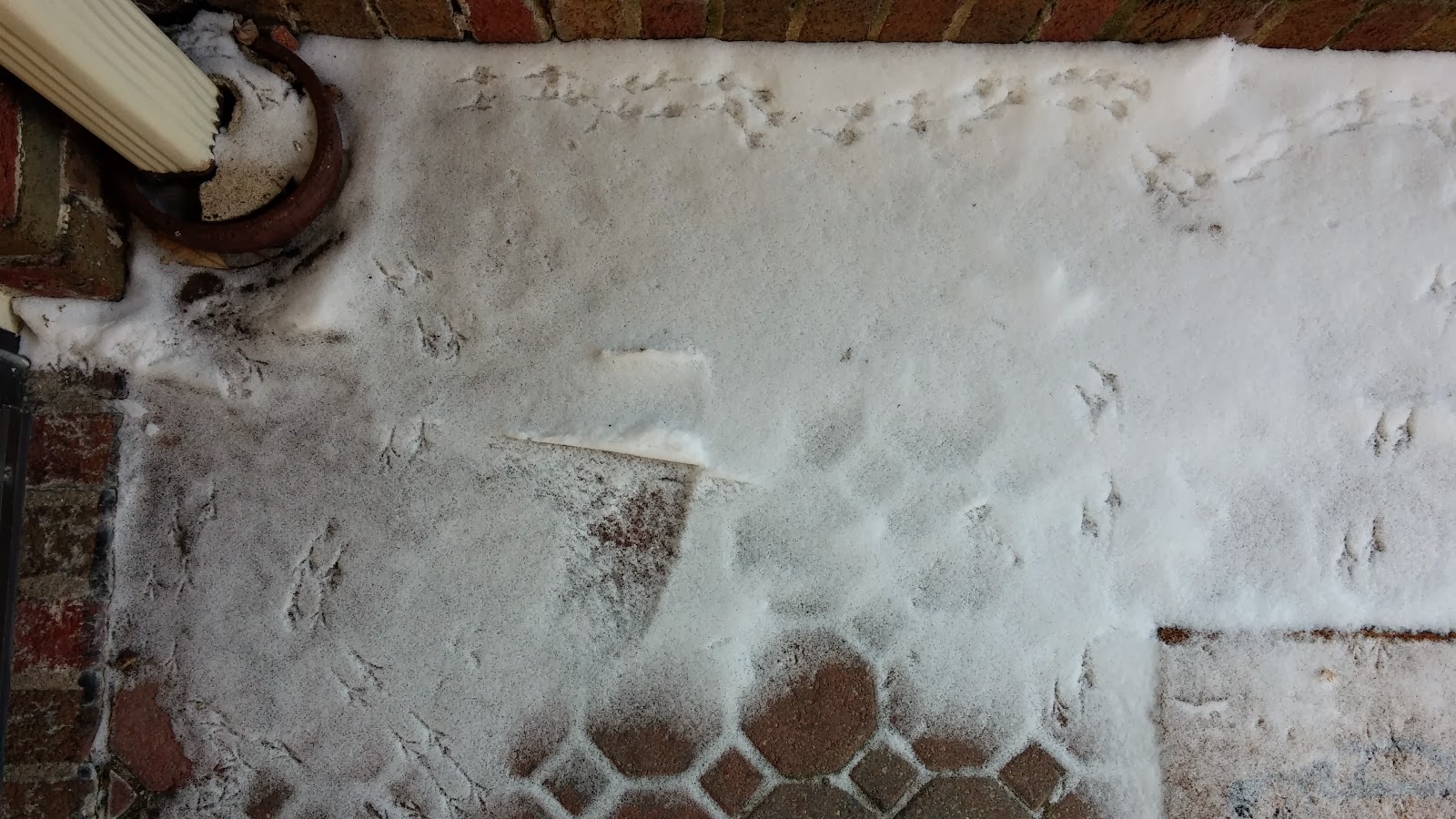 (I had to share this picture.  Look at all those cute little birdie tracks right outside our door.  There are still signs of life out in our tundra.) 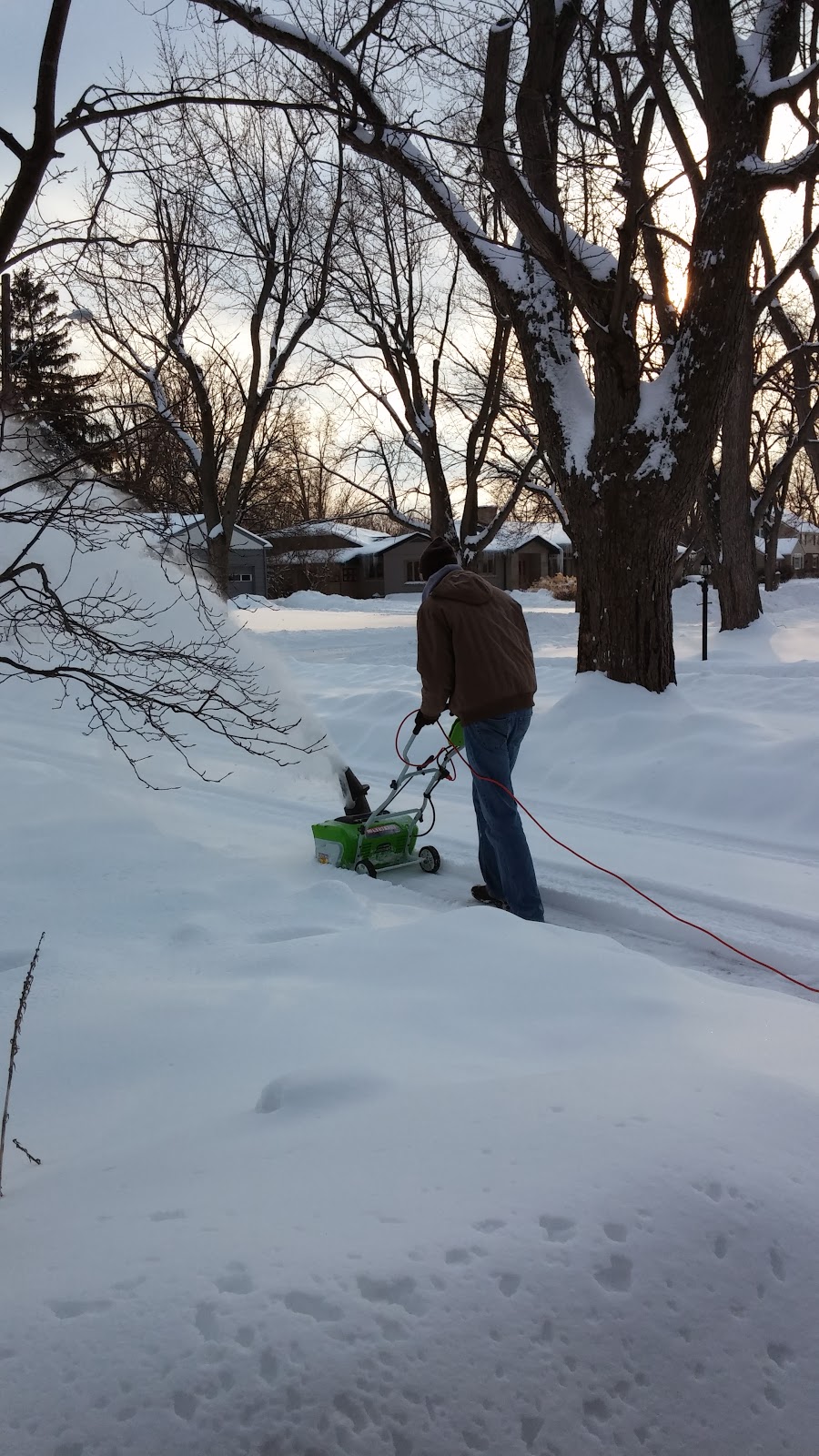 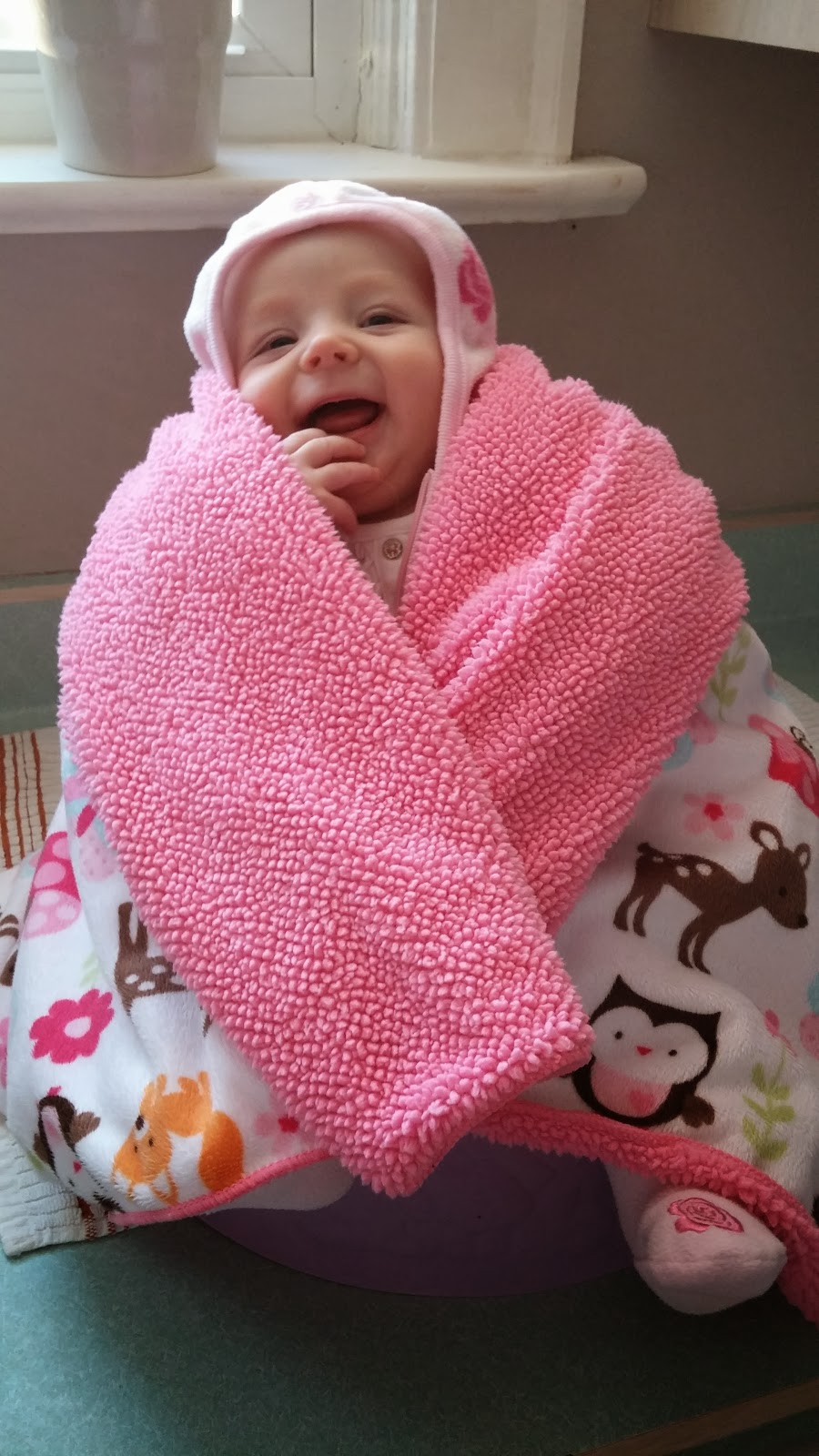 (What a goofball!  Bean just chilling out on the counter in her Bumbo all cozy under her blanket while Momma made dinner.  This girl's sweet coos and giggles are the absolute best!)
Posted by Unknown at 11:50 AM