Am I still running?!  The answer is yes & no.  Ha!  I ran a solid 3x a week for over 2.5 months.  Then I got sick and took a 2 week hiatus.  Then I picked it back up as winter set in! I feel guilty taking Bean on runs now.  I've decided I won't take her out if the weather is under 40 degrees (nice mom, right?).  So with that new rule, I only get in 1 maybe 2 runs a week.  I now run on Saturday or Sunday when Steve is around to watch Bean.

I have plans of using my friend Sara's treadmill, but she JUST had a baby, so I won't invade yet.  (That's my excuse and I'm sticking to it!).  During Thanksgiving, I took advantage of my parents' treadmill.  While running on it, I remember how much I HATE running on a treadmill.  It's so much easier (and goes by quicker) when running on the road.  I think part of it is that you HAVE to run back home vs. on the treadmill you can just say "I quit now!".  My speeds and endurance is way better on the road too! I only got a couple treadmill runs in this past week, and they were awful.  So awful I won't even mention the fact that both runs combine were less distance than my typical 1 run on the road.  Yikes.

I finally caved about a month ago and splurged on some new running shoes.  I went to a store and officially got fitted and everything!  They watched how I walked/ran and picked the best shoes to support my gait.  I was too cheap to purchase in the store and originally was going to put the shoes on my Christmas list.  However, they had  a good deal running on Amazon (and I wanted to break my shoes in and have them for my first race THIS WEEKEND!).

This weekend, I'll be running the A Christmas Story Race in Cleveland with my good college friend Alice!  I wasn't going to run it, but she talked me into it (it also helped that Sara knows the coordinator and got me a discount code).  This will be my first official race (okay, so that team challenge was techinically my first, but that was more for fun and not serious at all).  I don't know how serious I'll be for this race.  It's more about the experience and having fun! 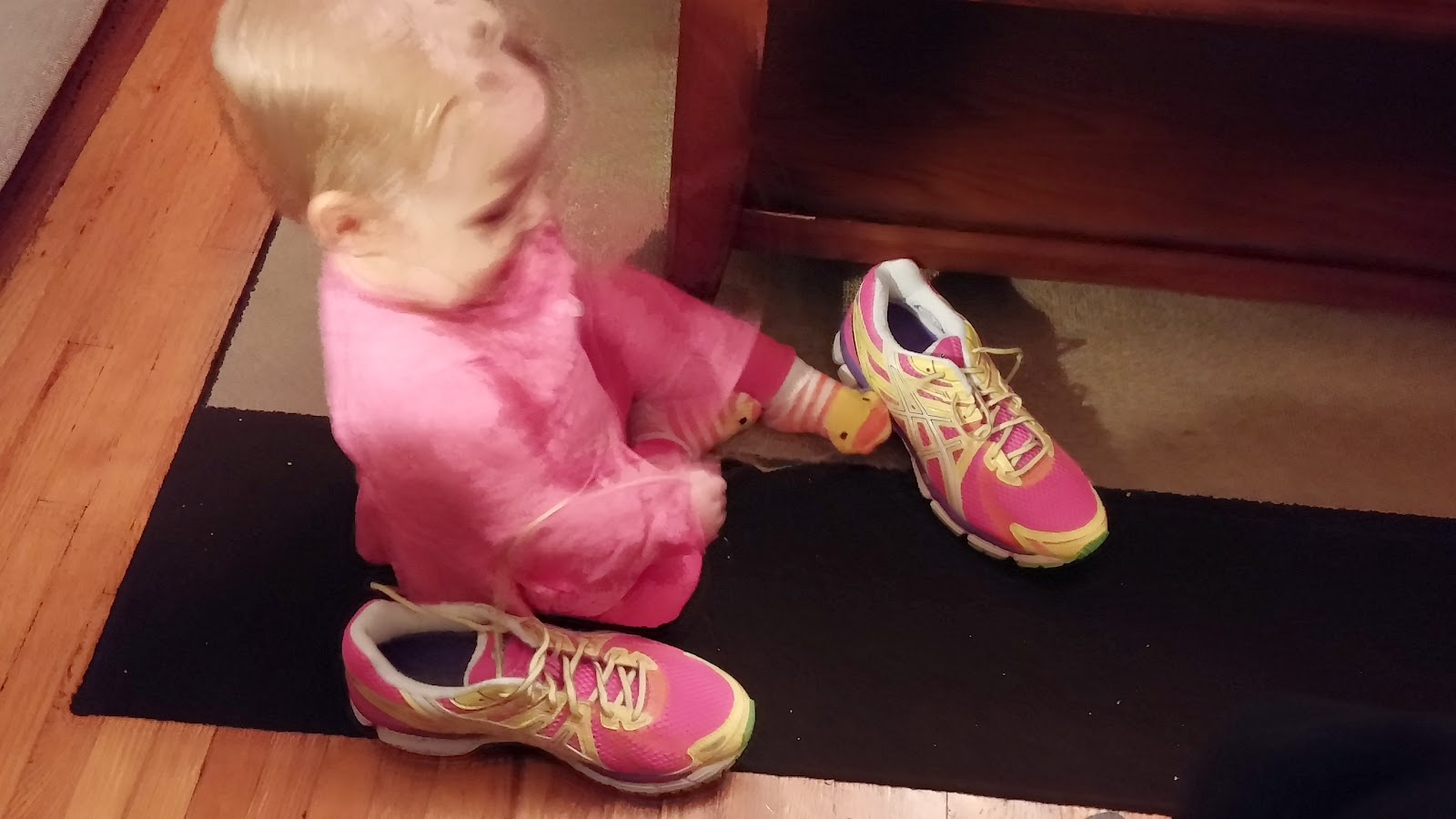 (So it's really hard to capture a good picture of Bean nowadays.  She won't sit still!  When these shoes arrived, she was more excited than I was.  She wouldn't let go of them and were dragging them all over the living room.) 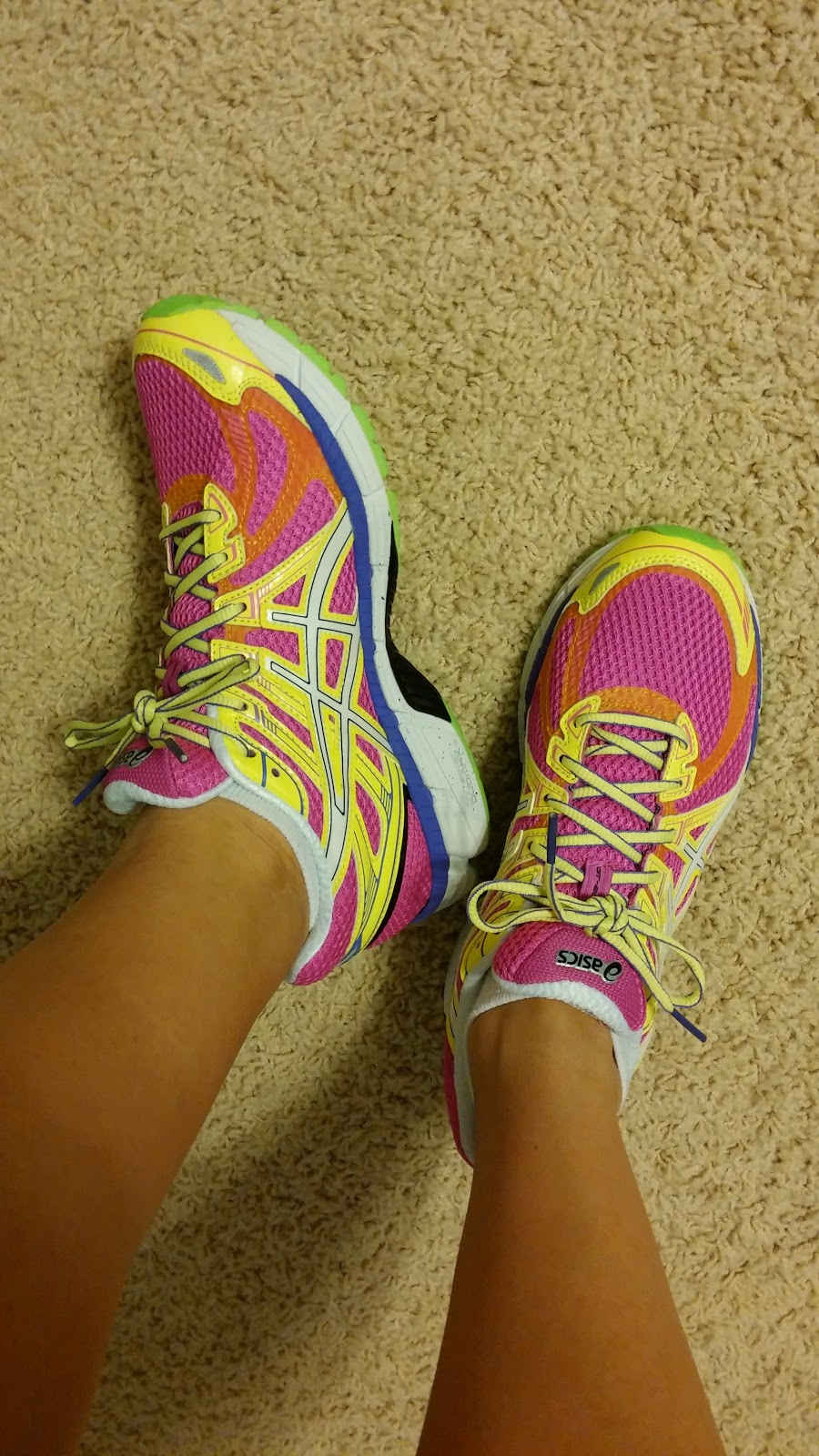 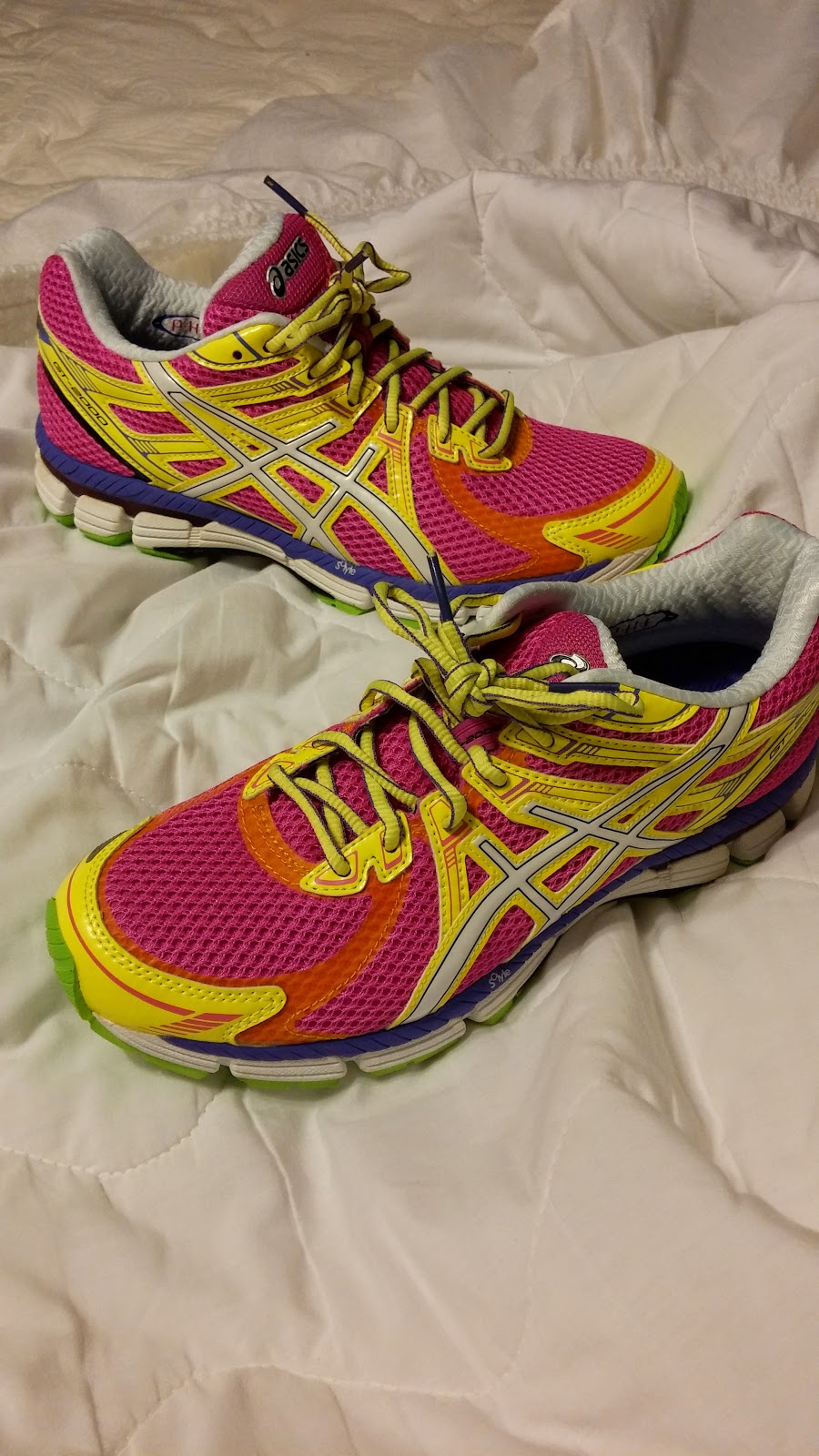 (My new favorite shoe! Asics GT-2000.  I got them a size bigger than I normally wear, per shoe place's suggestion.  At first, they felt really big and I wasnt as happy with them as I was in the store.  But after re-lacing and wearing them a few more times, I'm really happy with them!) 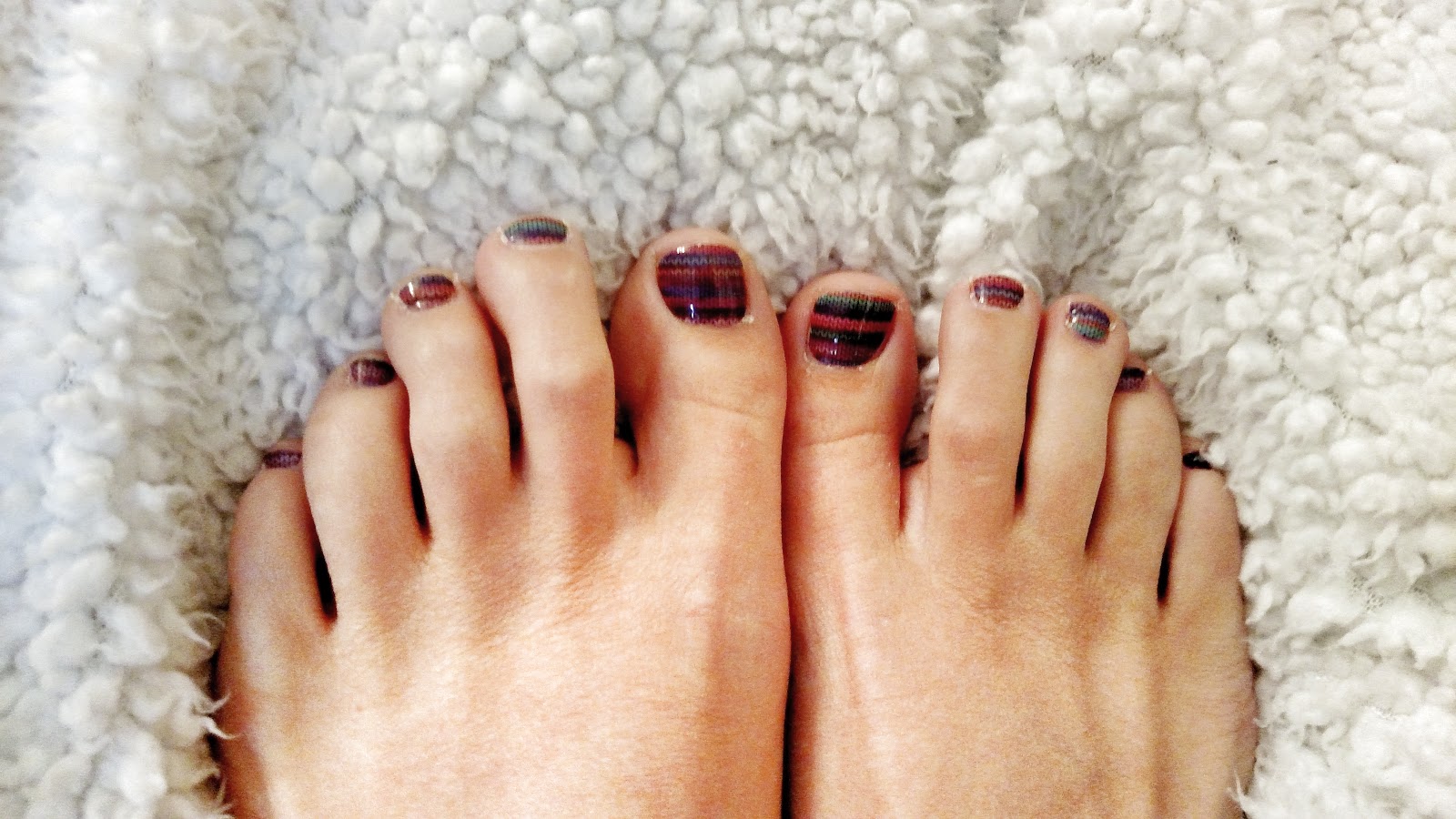 (So funny story - another reason why I caved and bought the new shoes - because I lost a toenail from running in my old shoes.  The old shoes were actually hiking shoes- which was basically a structured tennis shoe.  They were a bit snug.  Mix the tight fight with a gel manicure and long toenails and it's a recipe for losing toenails.  I thought I had a picture of the missing nail, but I don't. So you got lucky.  Instead, I'll plug my new endeavor.  I recently became a Jamberry independent consultant.  Jamberry are nail wraps that are applied with heat and pressure.  They are perfect for hiding disfigured (or missing) toenails! Ha)
Posted by Unknown at 6:00 AM