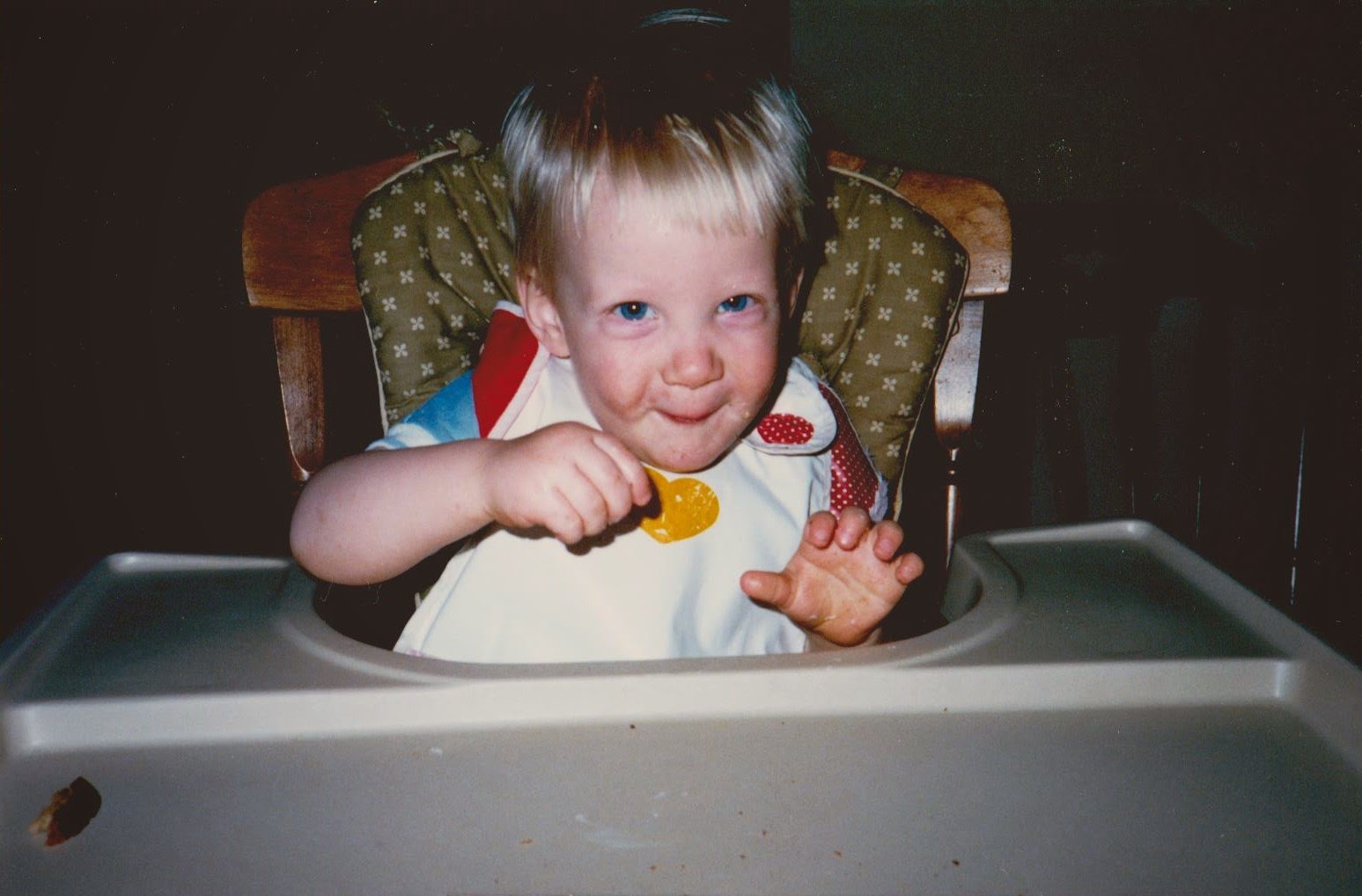 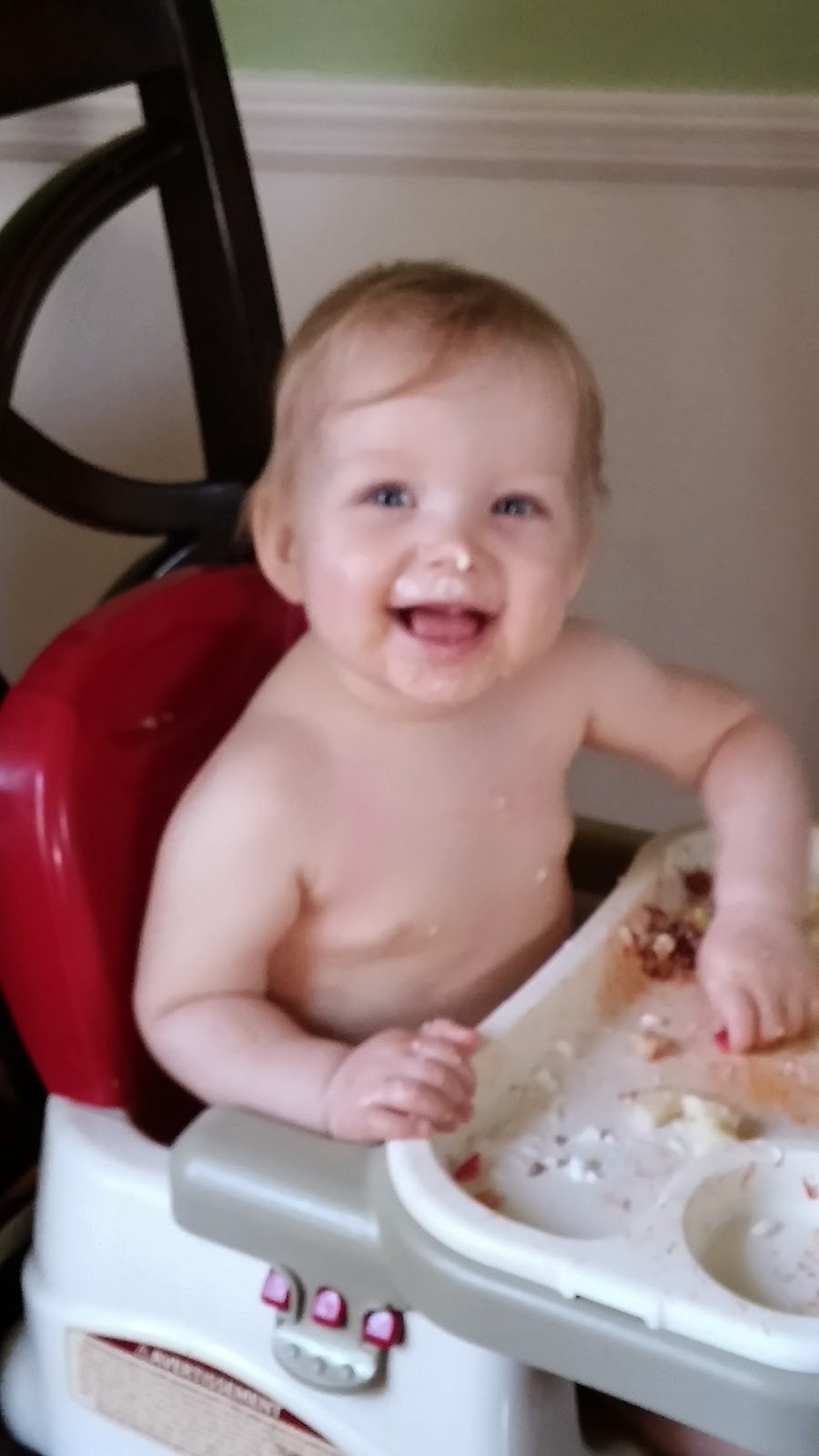 (Bean -- apparently dad and daughter were both hams while eating) 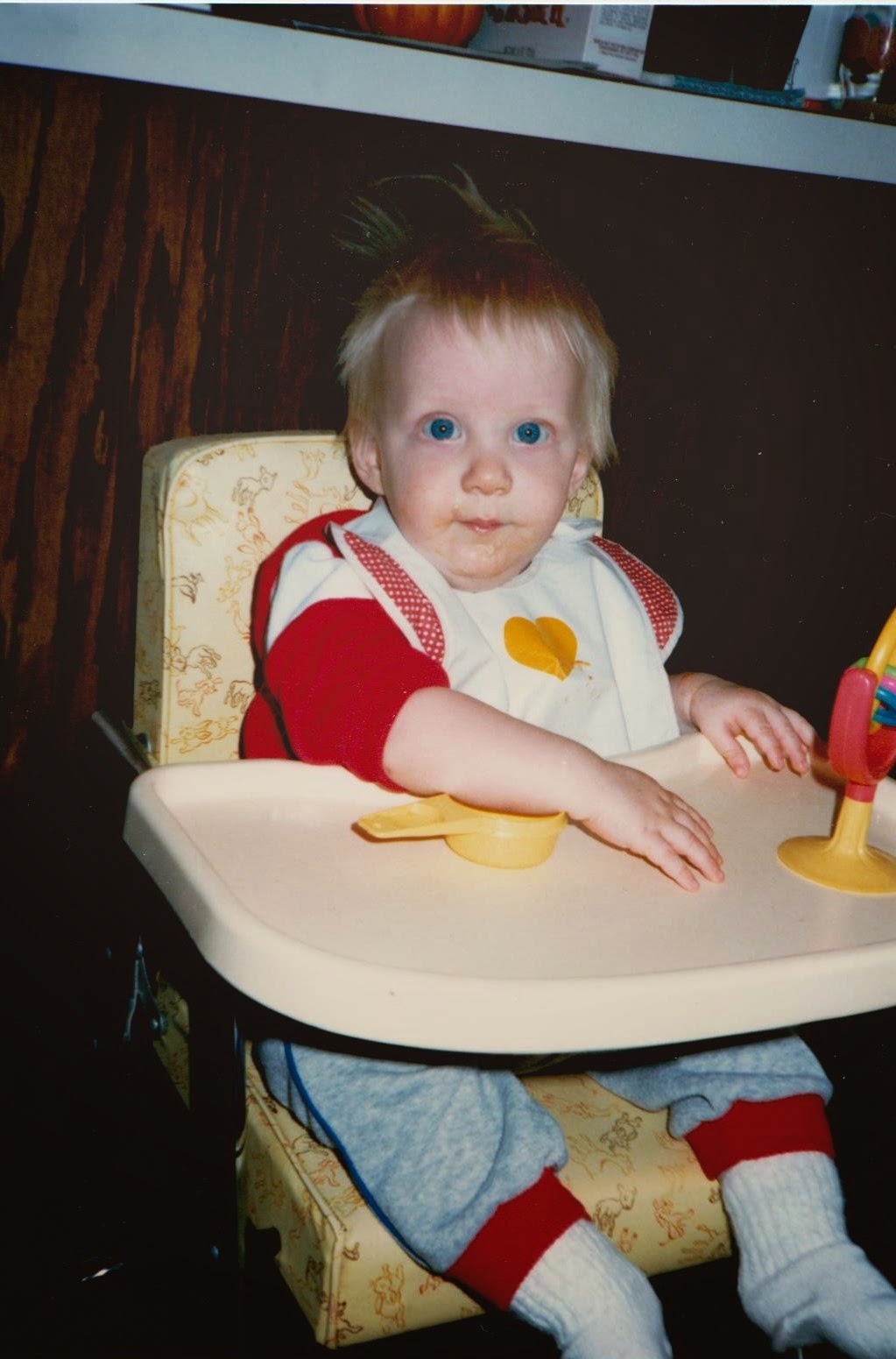 (Steve - notice how he's playing with a measuring cup??) 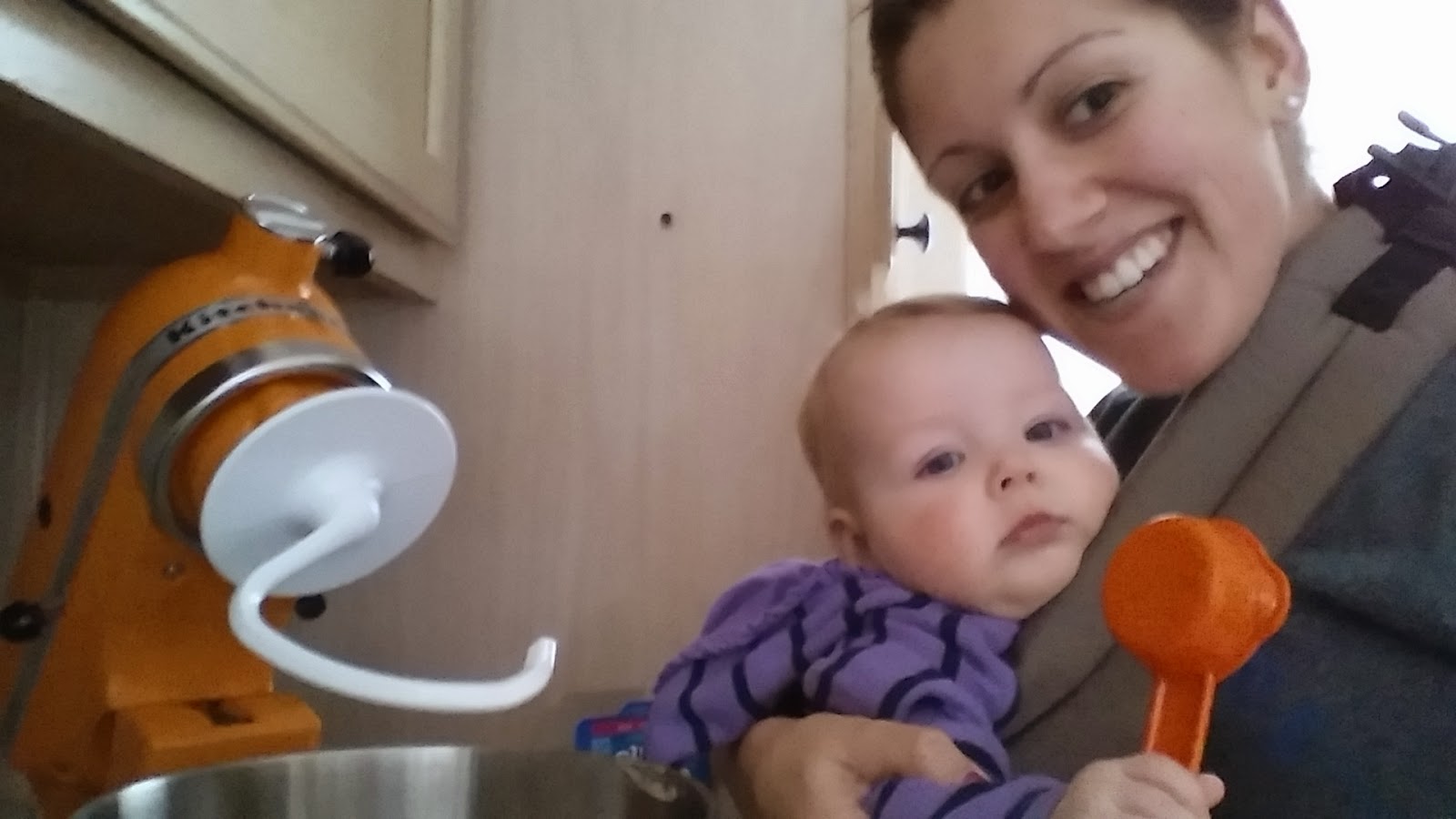 (Despite the look of hatred on Bean's face, she loves playing with measuring cups! It's one of her favorite toys) 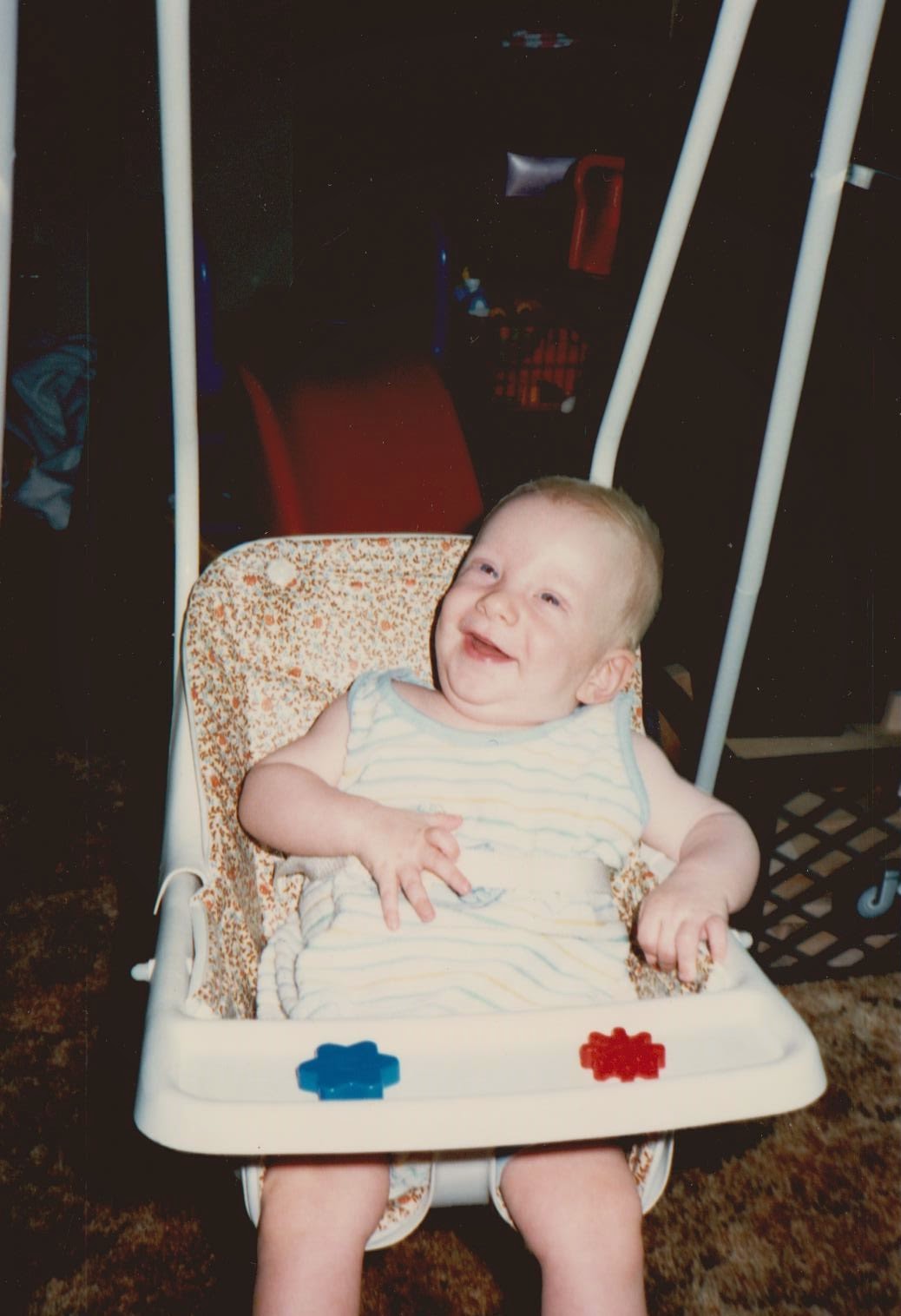 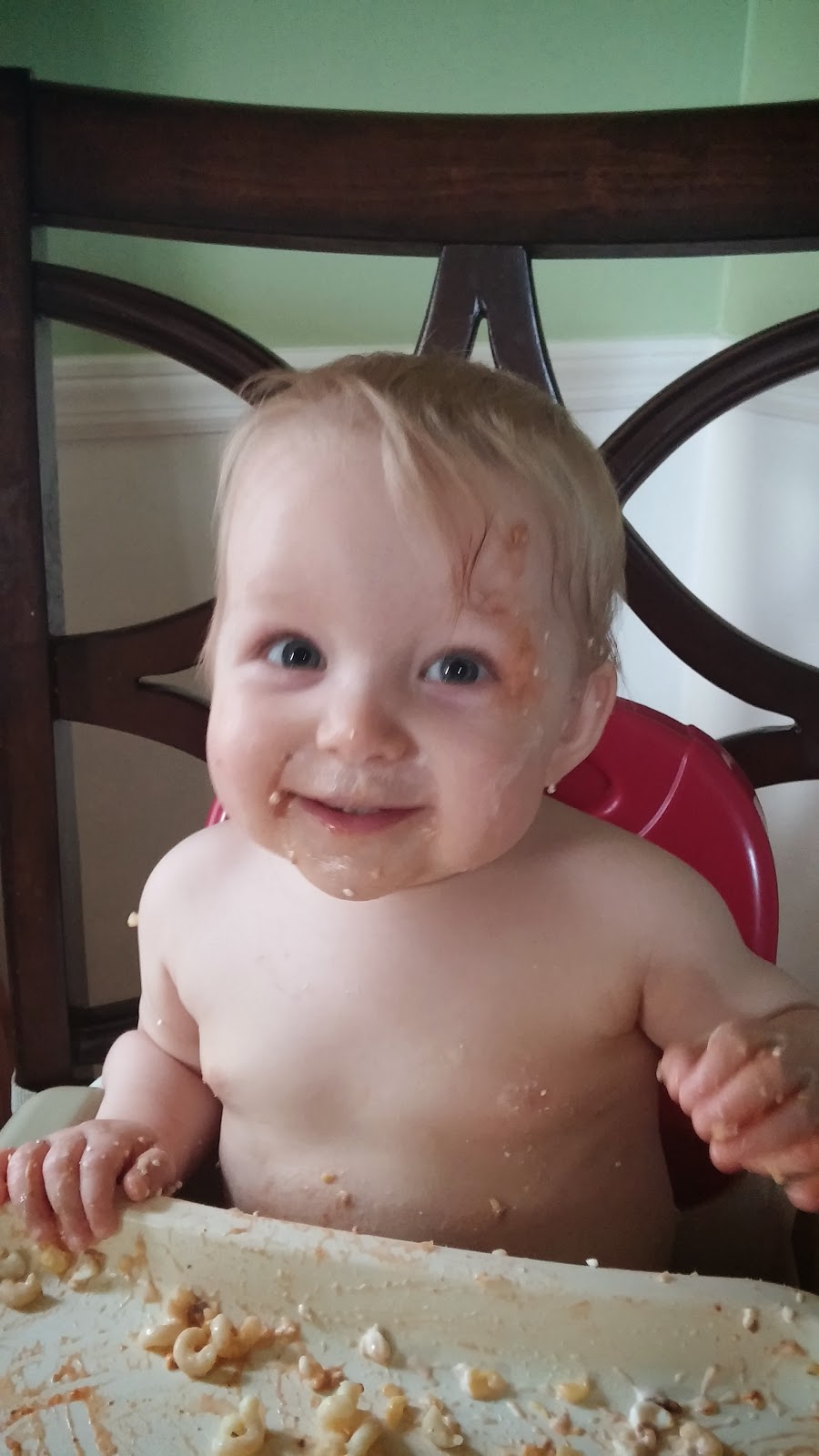 (Bean monkeying around, also known as all mealtimes) 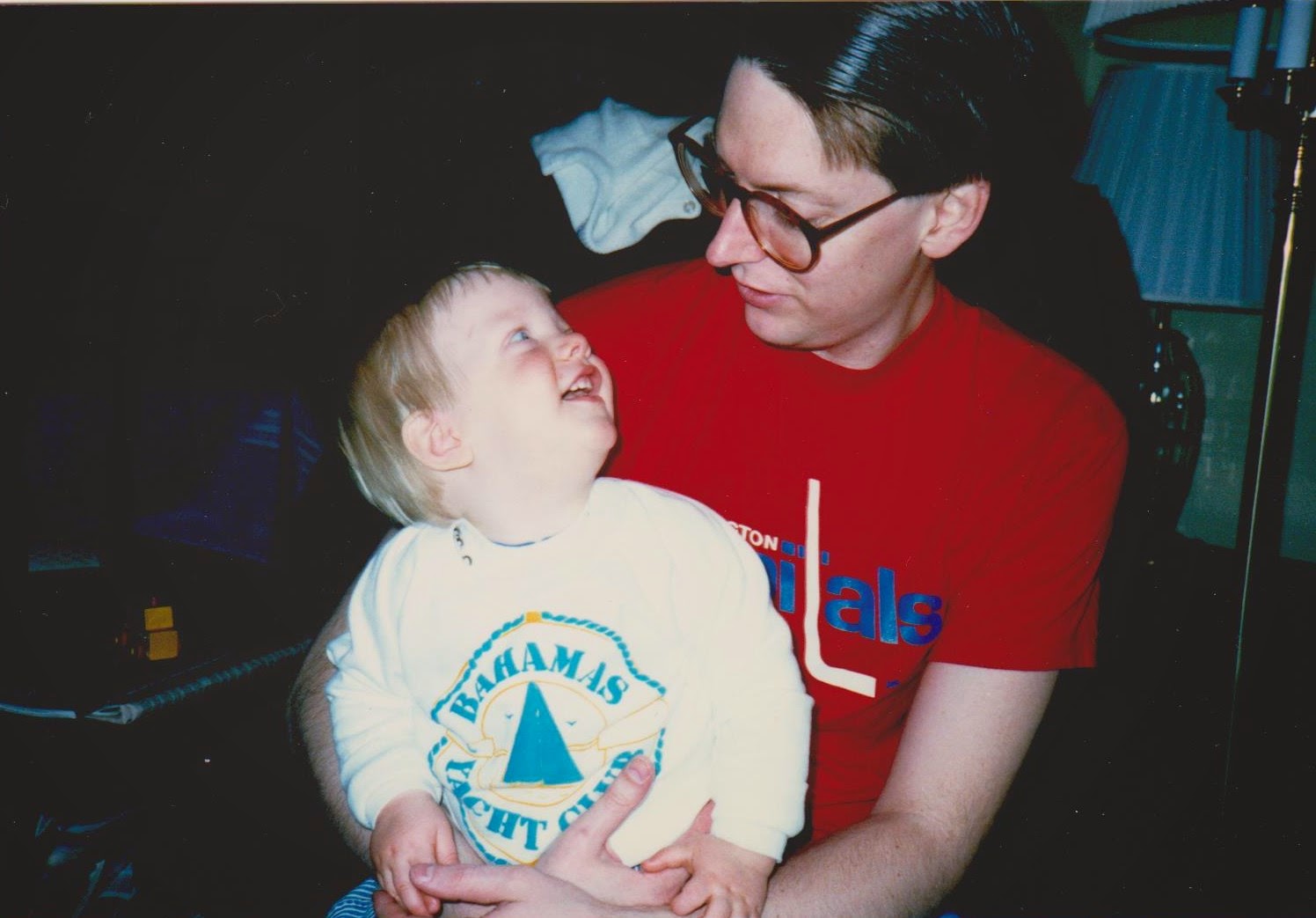 (Steve with his dad) 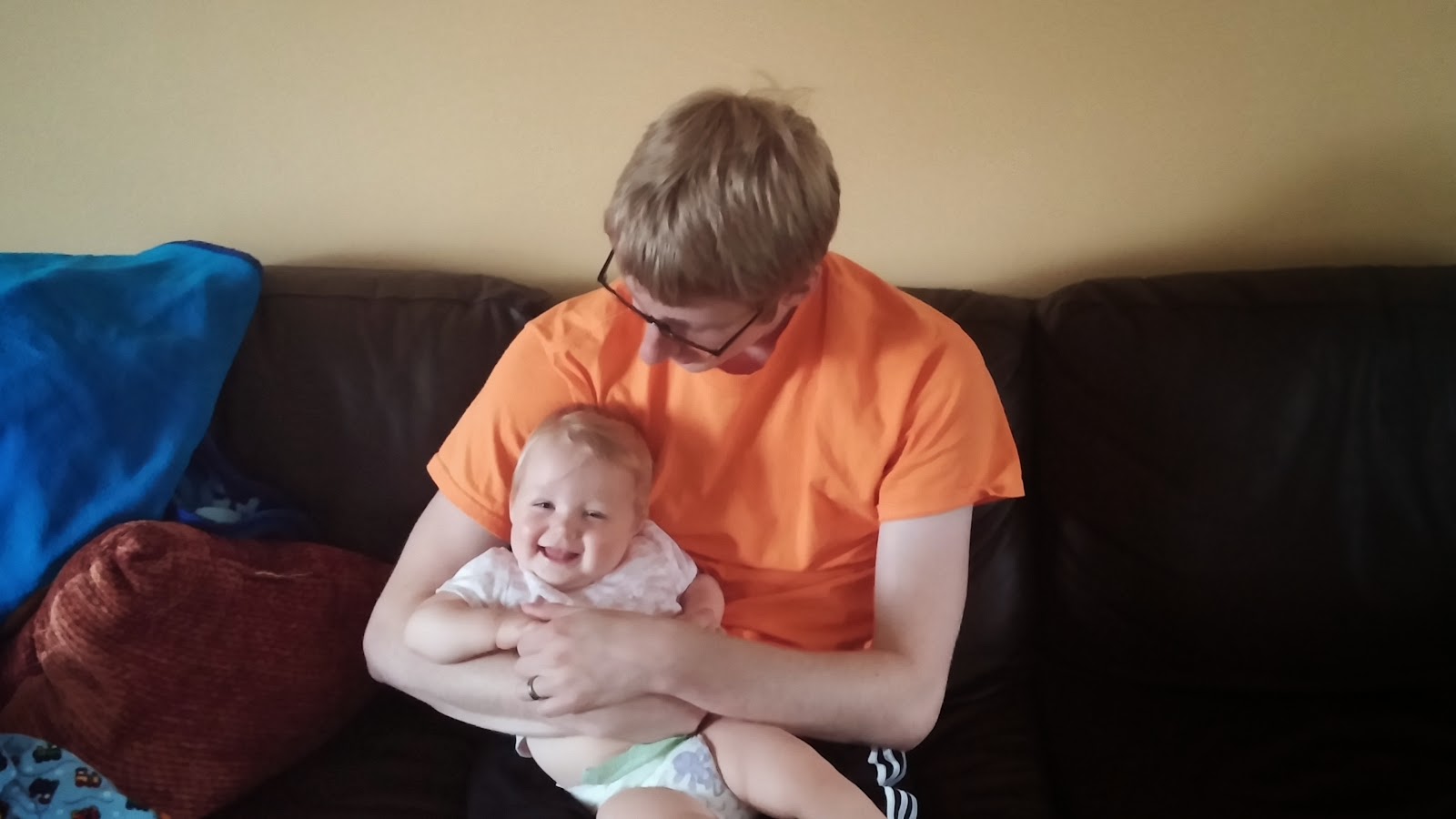 (So I thought it would be neat to recreate the above picture; however, Bean would not cooperate and thought it more hilarious to ignore us.) 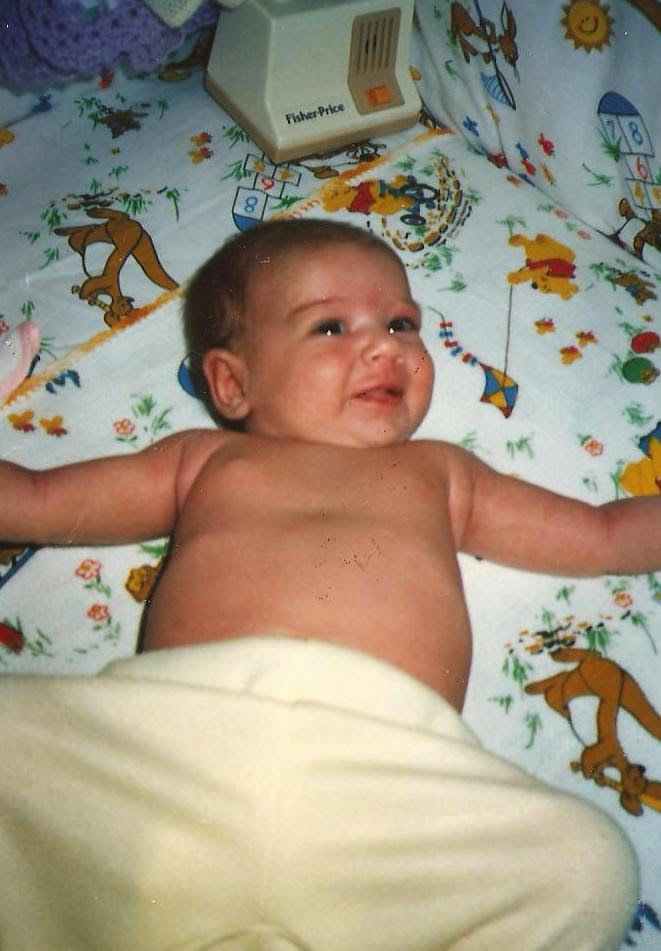 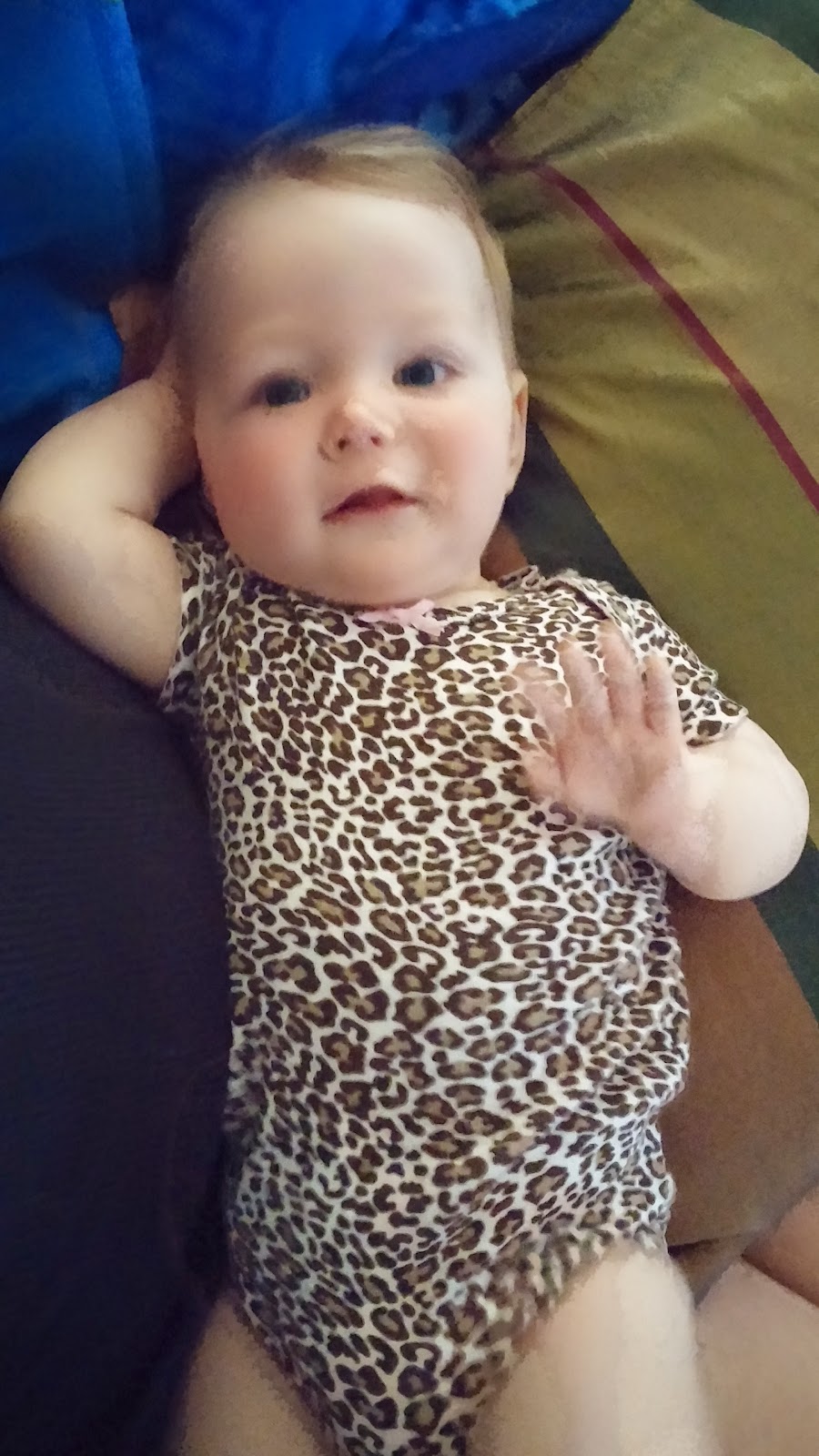 (Bean chilling, just with a little more diva in her) 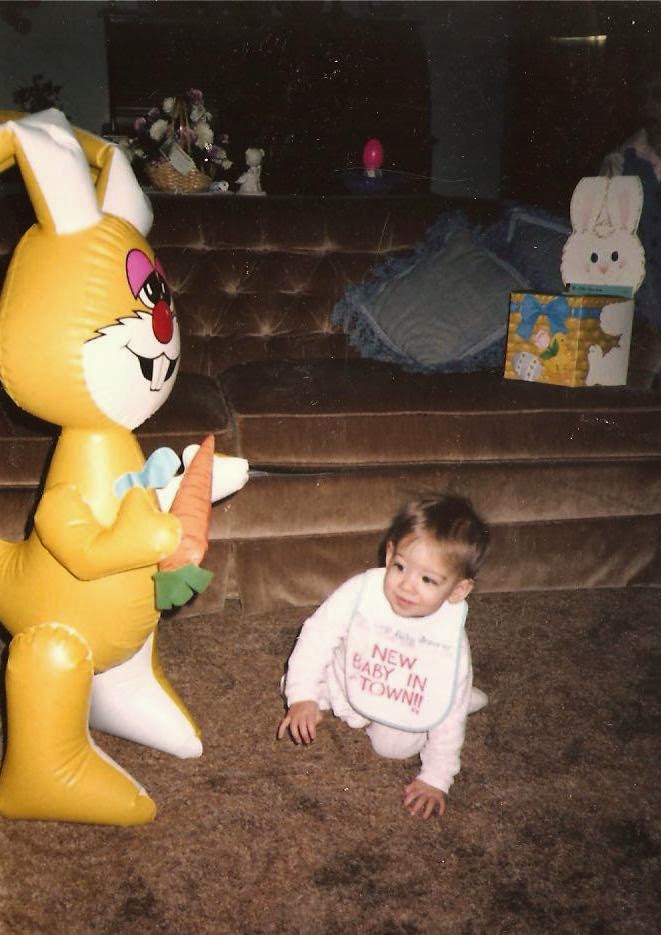 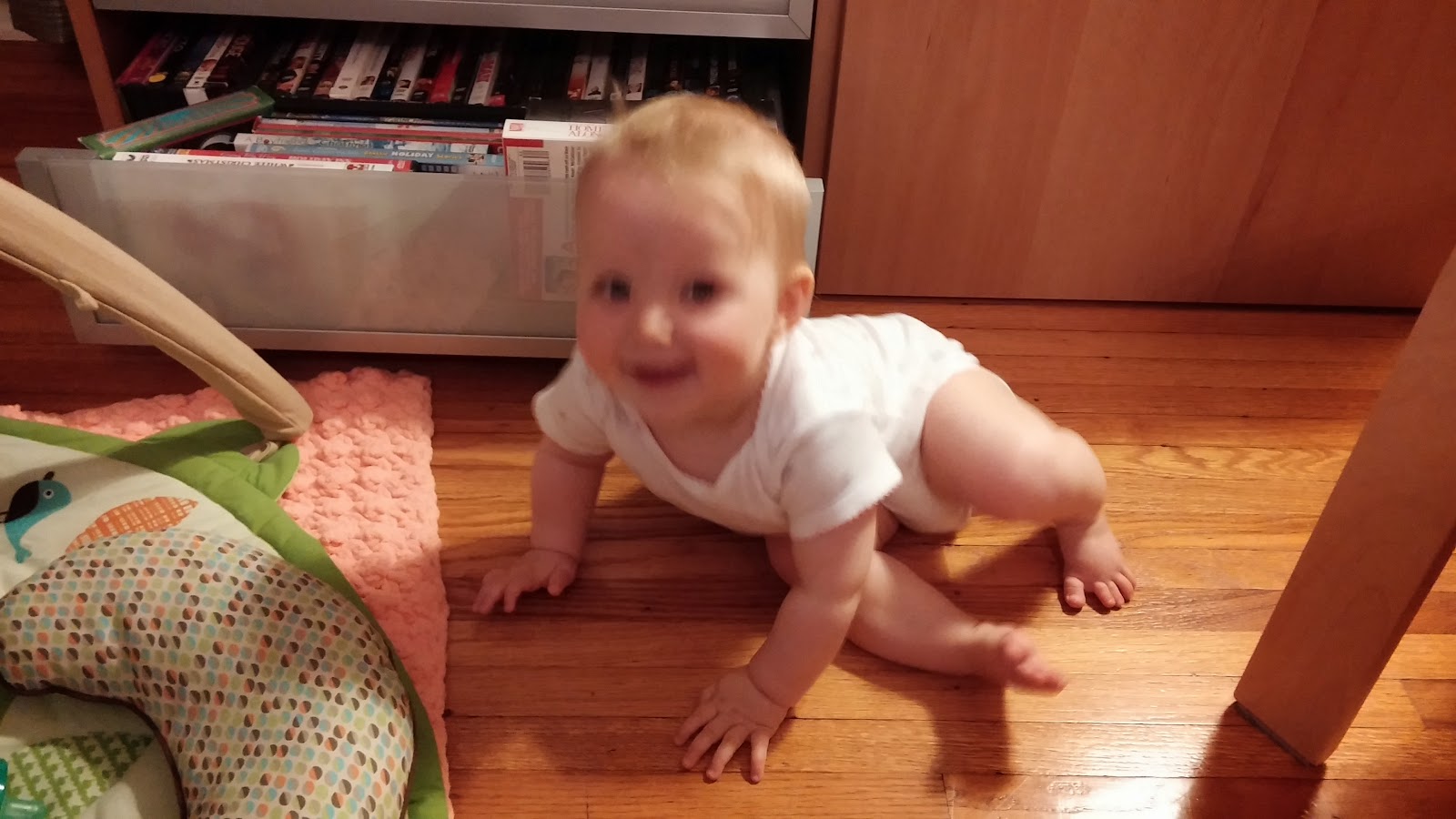 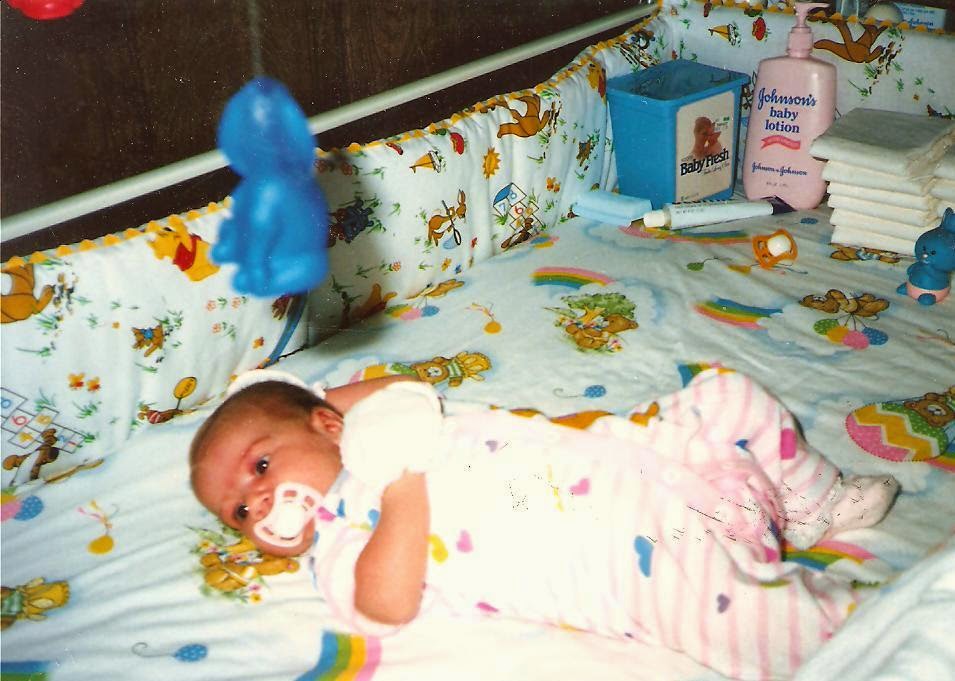 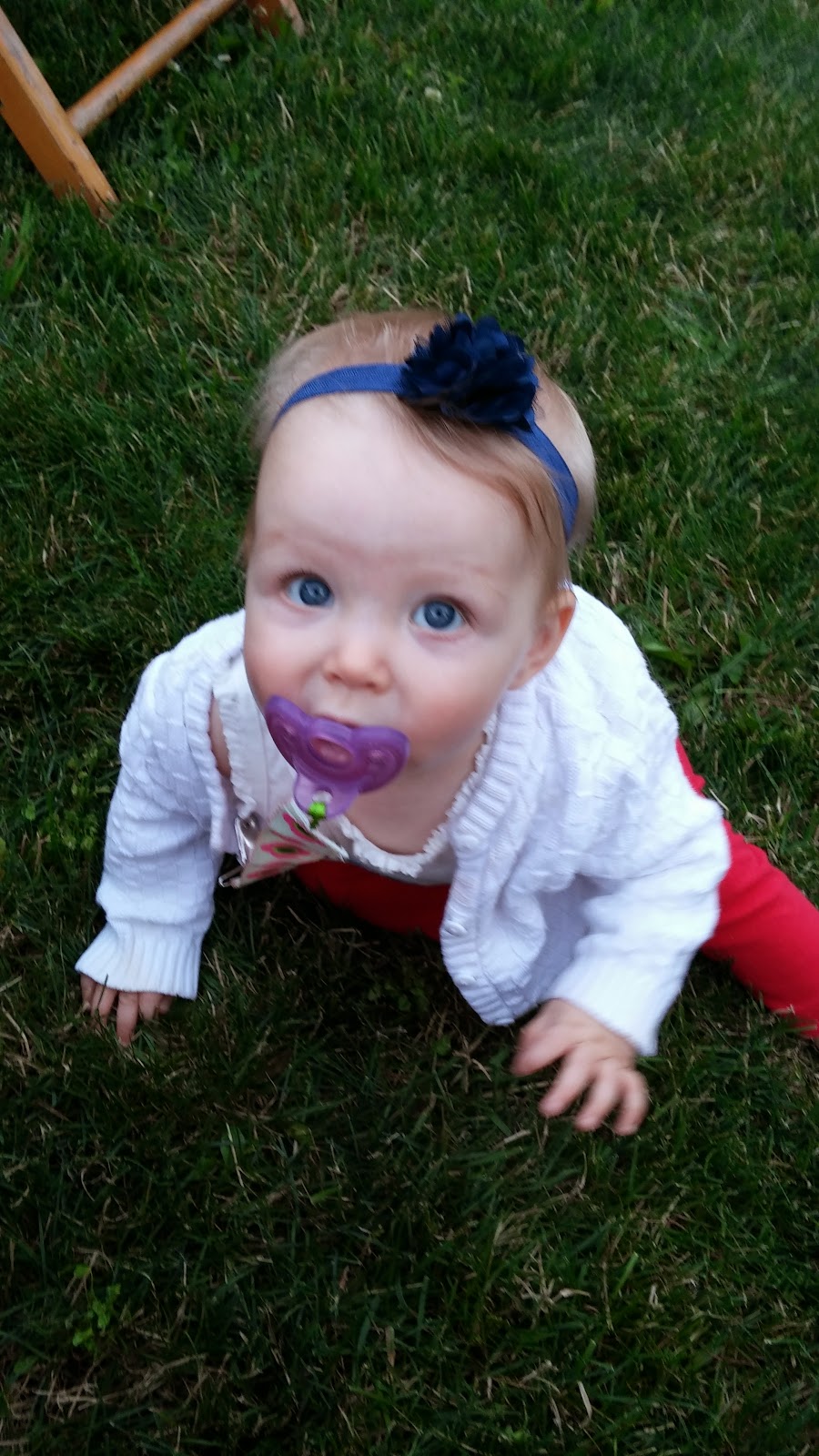 (Bean hanging out with hers) 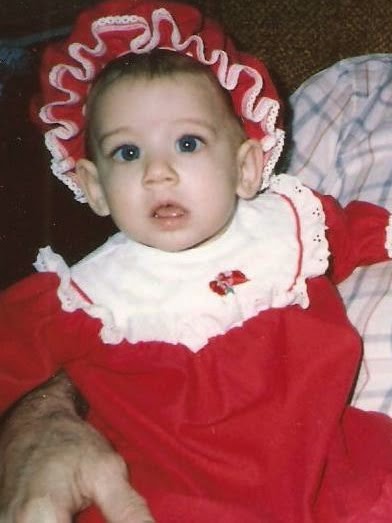 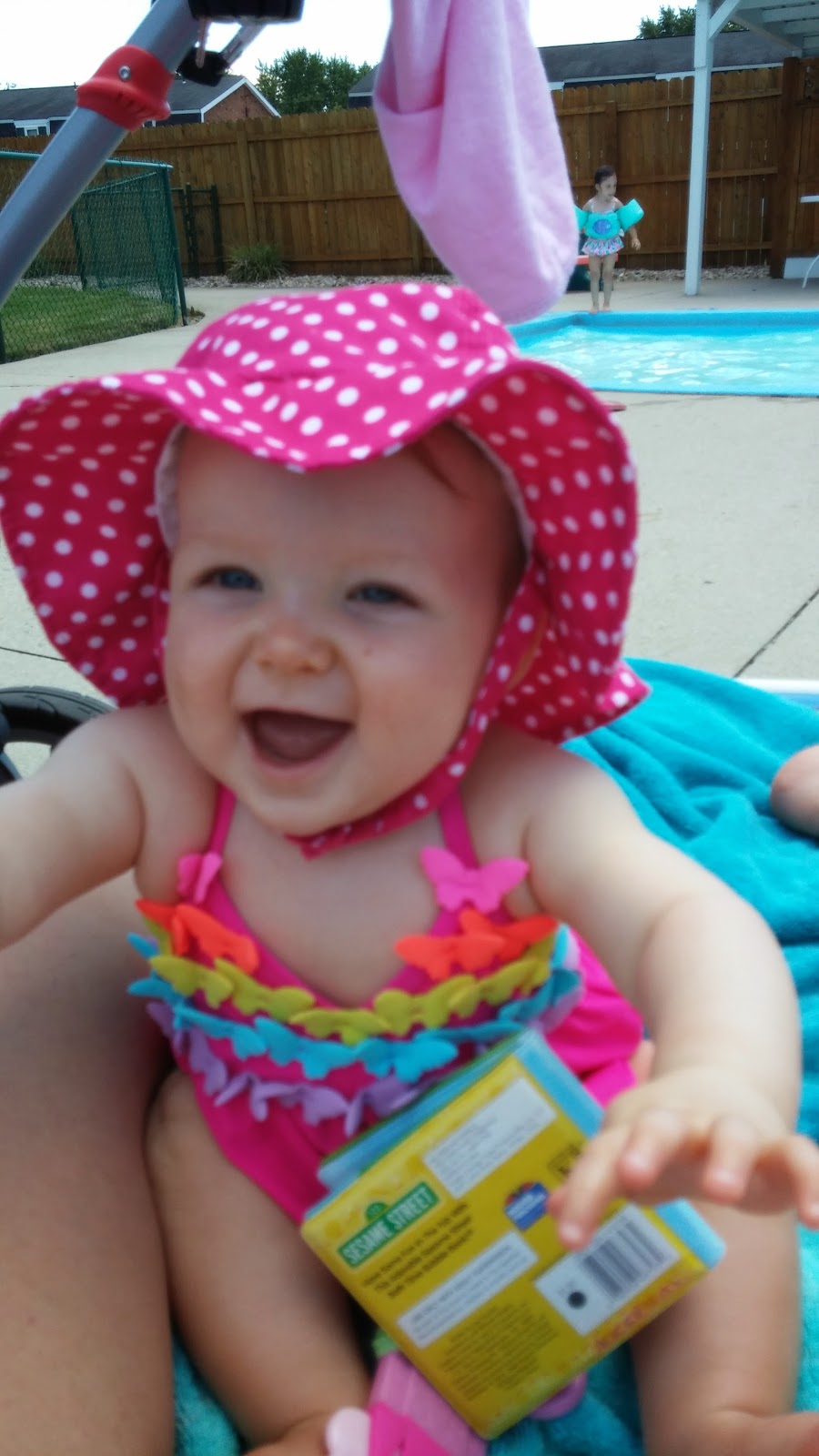 Okay, so really there's no contest.  Bean is 100% her daddy!  The more she grows, the less I see of myself in her.  Here's hoping her personality is more like me :) 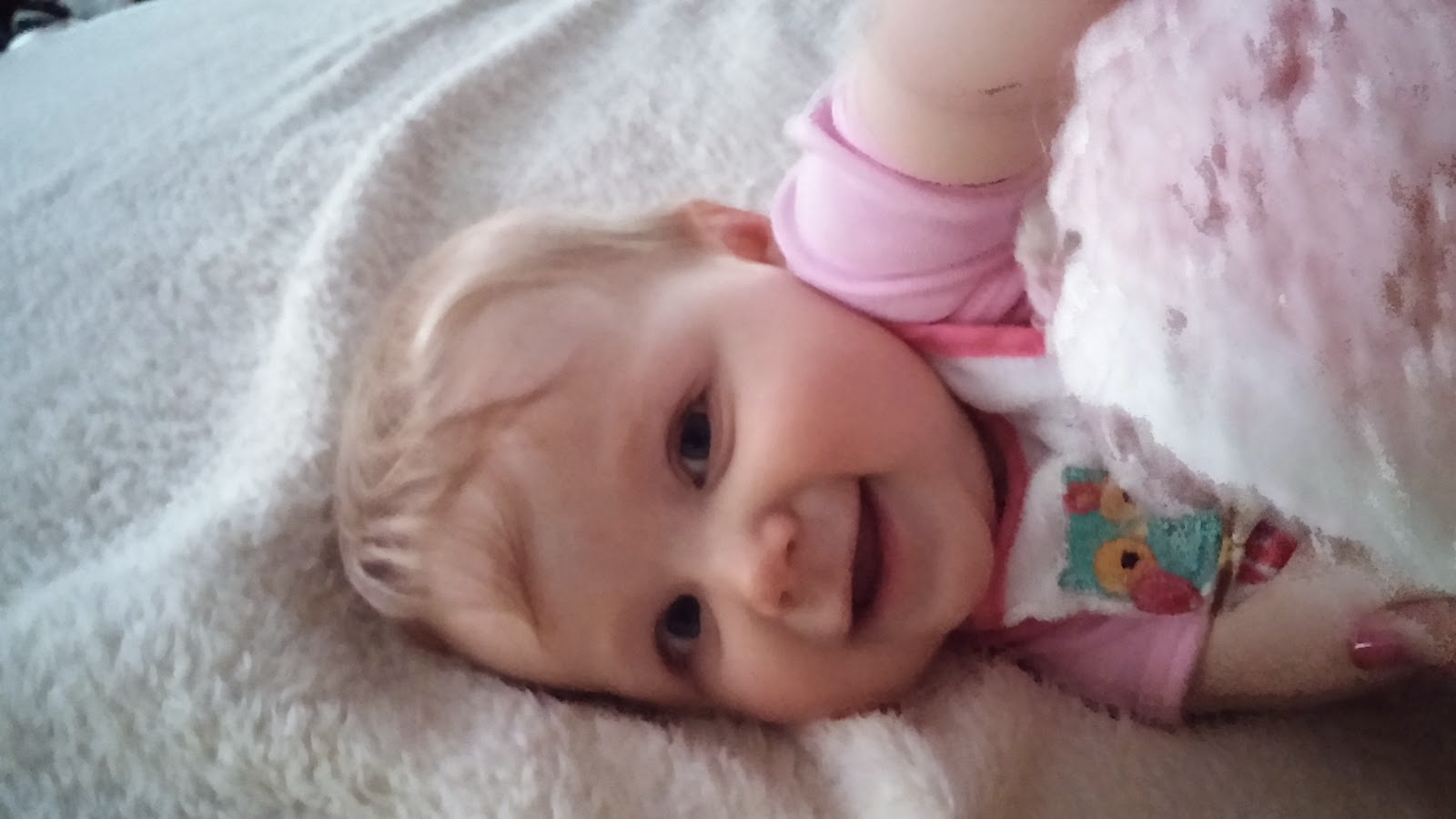