Revenge of the Blueberries

We've learned the hard way that blueberries and dairy don't mix well with Bean.  This morning, I woke up (like usual) and went into Bean's room to get her up and ready for the day.  When I went in, I smelled something suspicious and immediately assessed that she had thrown up a few times in the night.  As I saw what had happened, I had a sudden realization that I had actually heard it happen! I remembered hearing what I just thought was a cough attack from her in the night.  It did sound "juicy" so I checked her on the monitor, but I saw her just lay back down and roll over.  Since there was no crying (or if there was, it was short and sweet) I assumed she was fine and rolled back over myself.

I feared that she was sick with flu again, but she seemed fine and has shown no fever all day.  I then remembered, the last time she randomly threw up (see the end of A Really Bad Day), it was in the car right after she ate some blueberries and drank milk.  This time, the last meal she had eaten was cottage cheese and blueberries!  She ate blueberries fine last week, so I guess it has to do with the combination of dairy?  Regardless, I'm not willing to test out my theory, so we're restricting blueberry consumption around here! 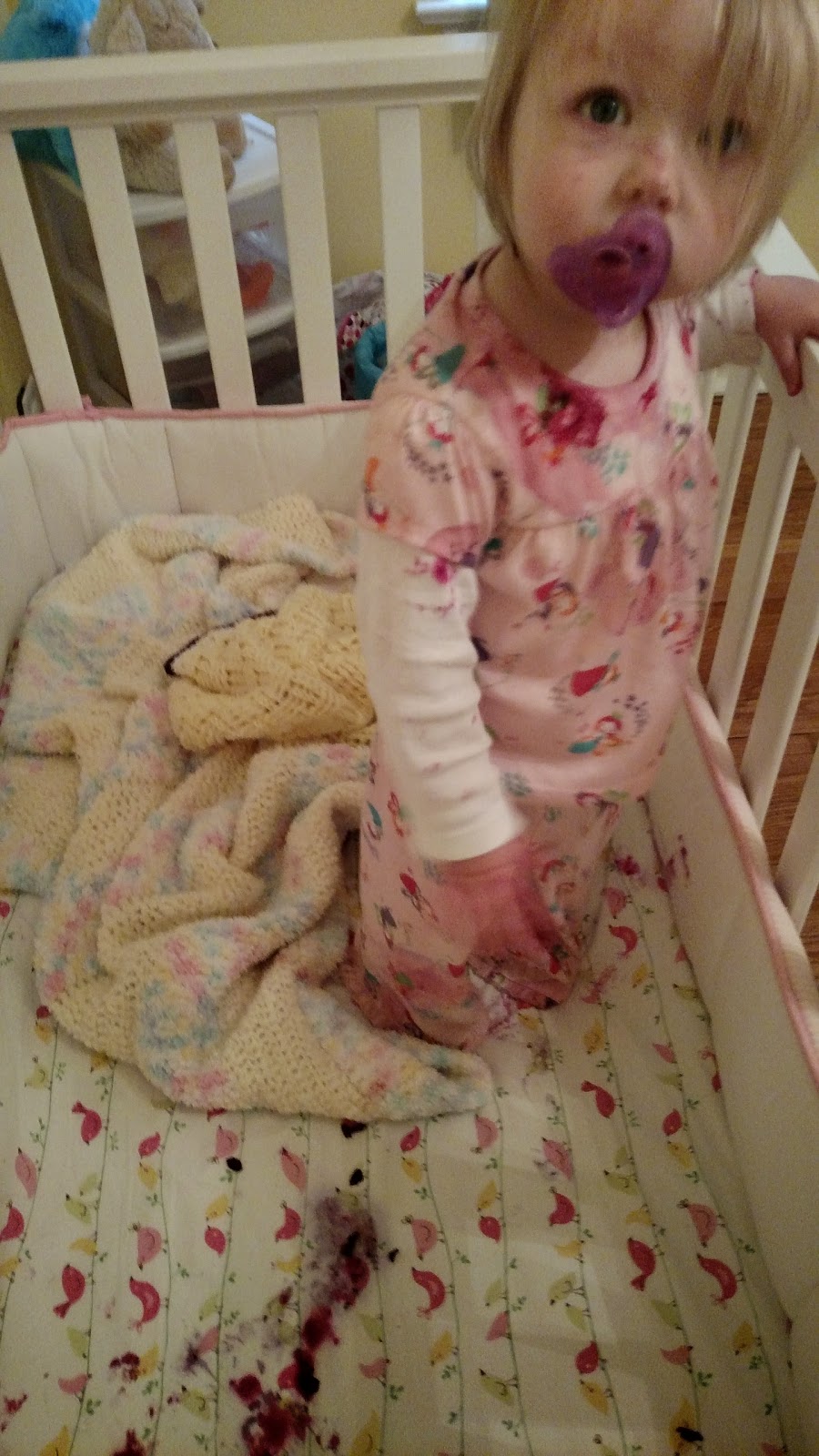 (What happened?! I'm pretty sure she was most upset about the fact that "Bay" - blanket - was dirty and she wasn't allowed to hold it while she was changed later.  I worked hard on it, though, and had it fresh, clean, and dry before nap time!) 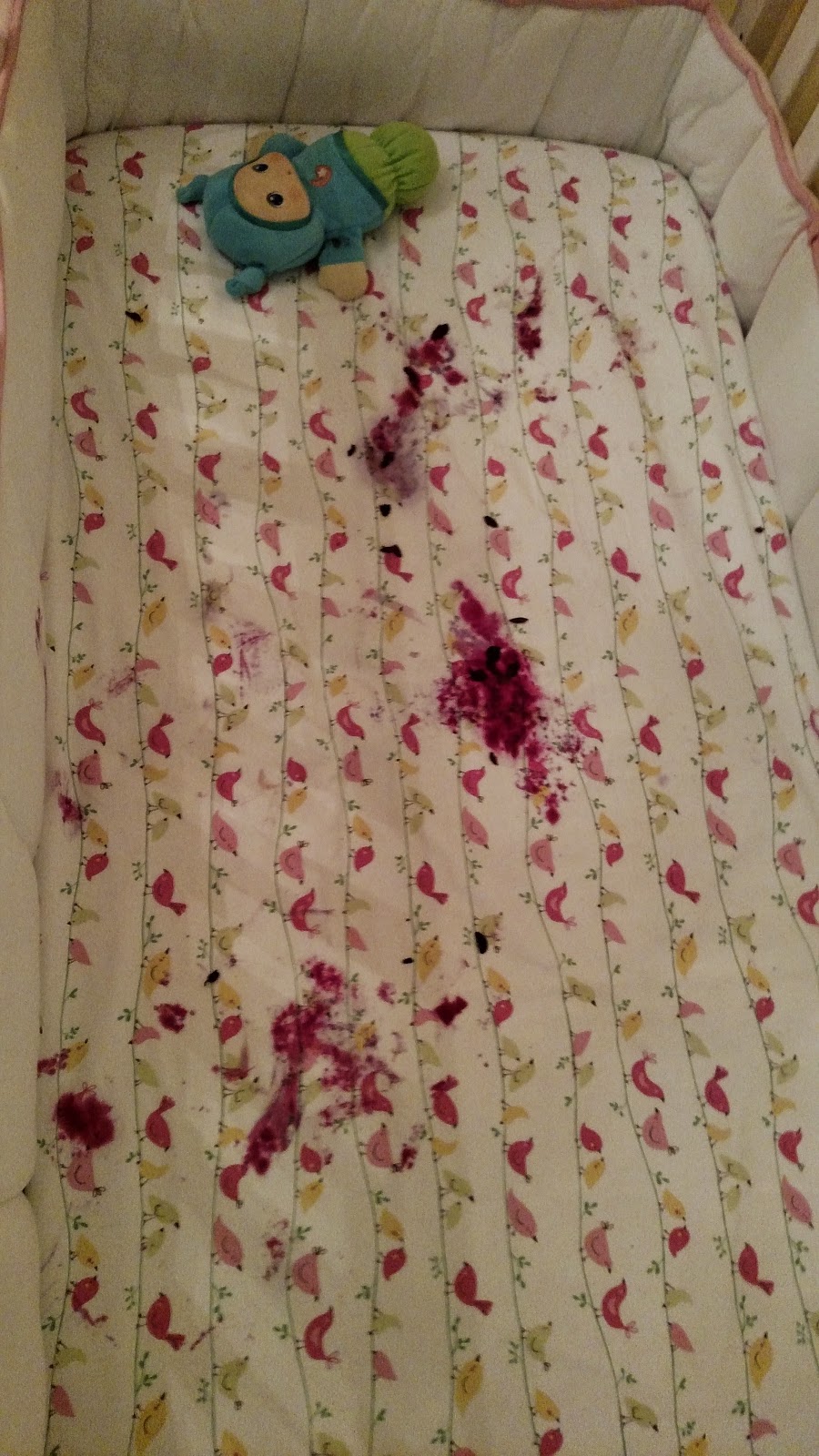 (So apparently, there was more than just 1 incident of puking?? Let me just tell you about blueberry stains.  When you run them under cold water or just wash the first round, all that red turns a deep blue.  Bleach is works amazing for the white items.  Still figuring out what the best removal process is for the sheet and bumper.) 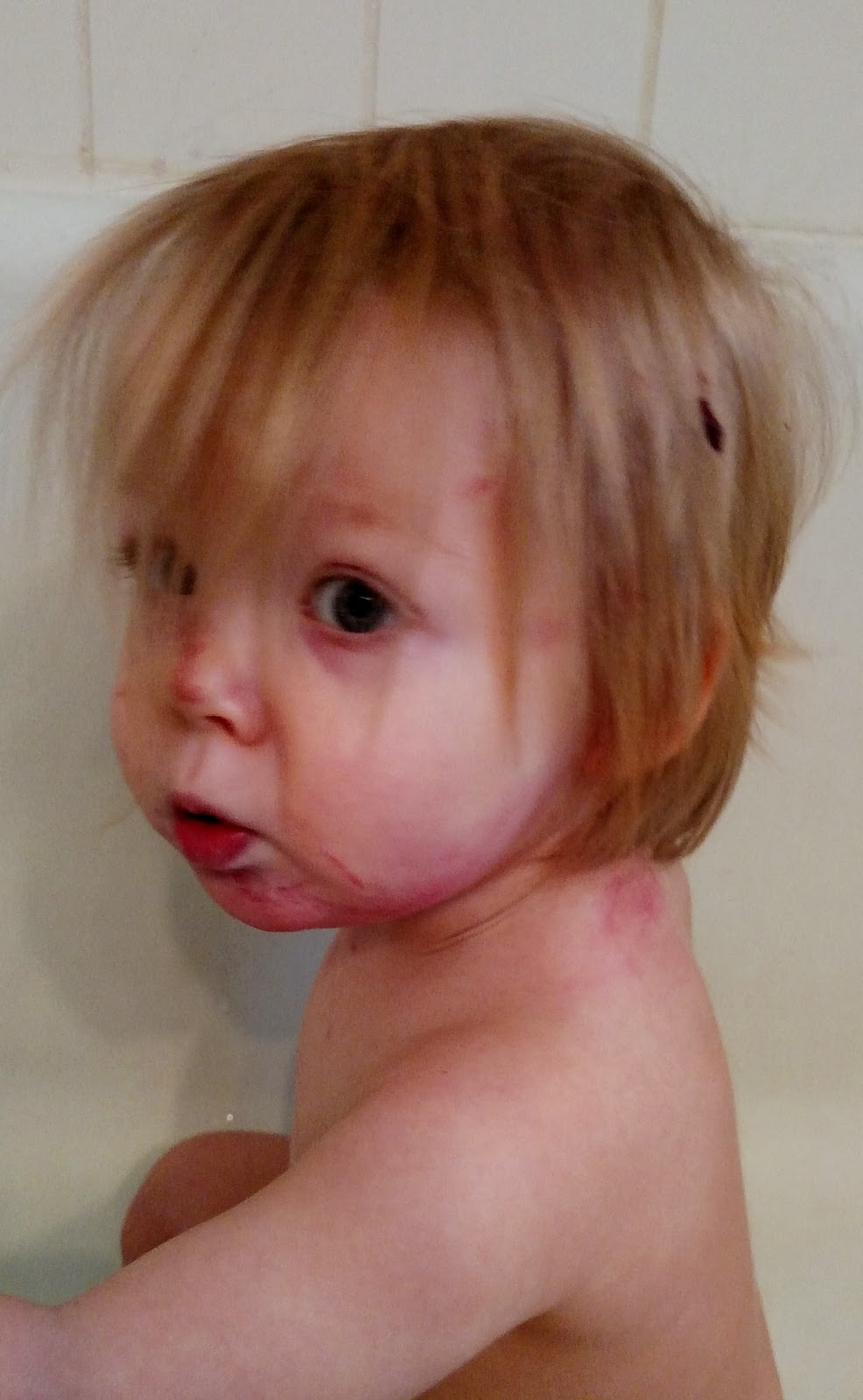 (She earned a quick trip to the bath! You know it's not going to be a good day when it has to START with a bath instead of END with a bath.  And yes, that is a blueberry skin in her hair.  Apparently those didn't get digested.  But I can tell you that some of the blueberry was digested from the diaper I changed later in the day. . . ) 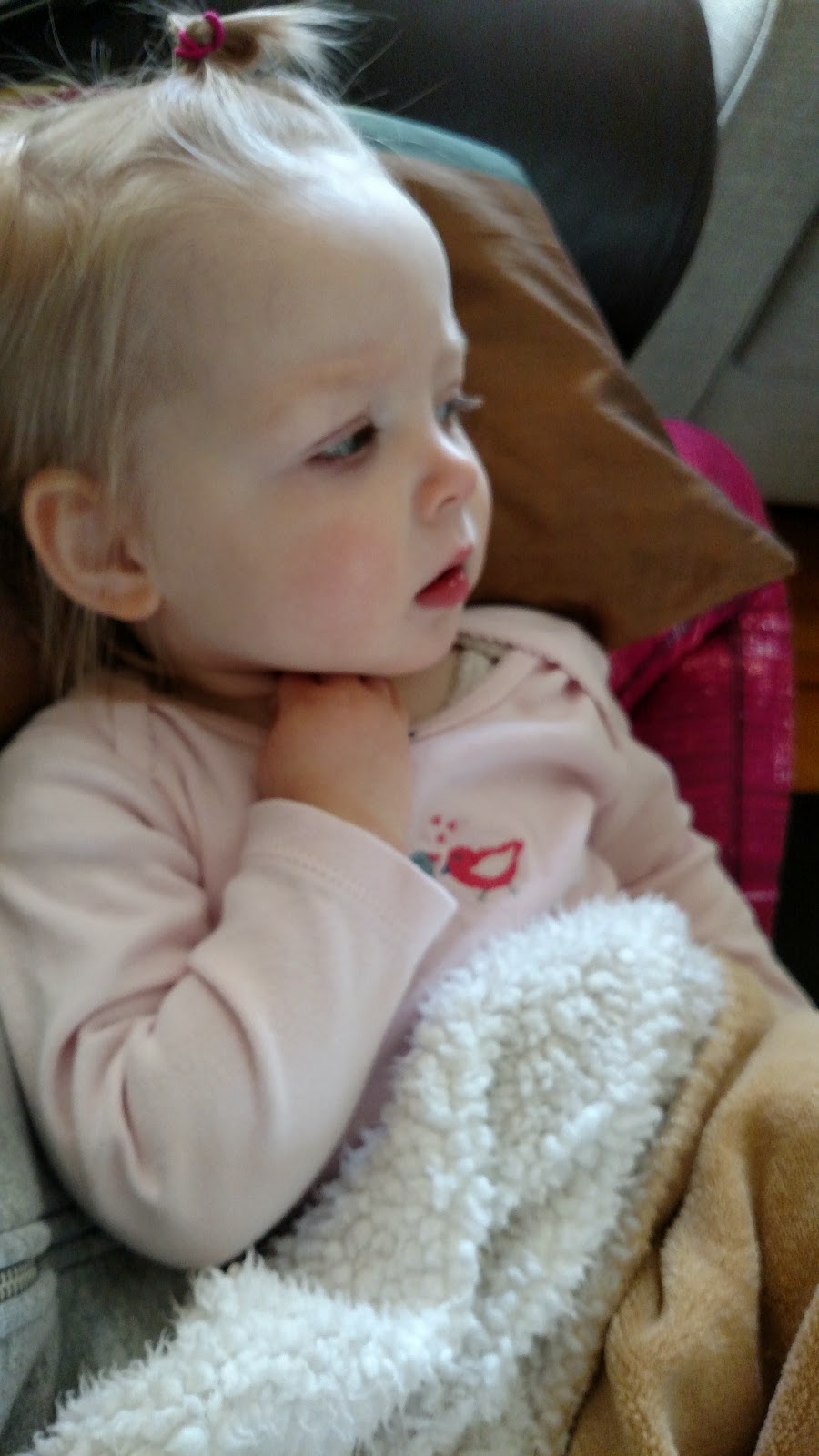 (She acted a little clingy in the morning, and evening laid on me for awhile while watching Sesame Street.  Other than being a little clingy, she's acted completely normal -- even eating like normal.  Fingers crossed that we don't have a round 2 and that it is just the blueberries!)
Posted by Unknown at 12:56 PM