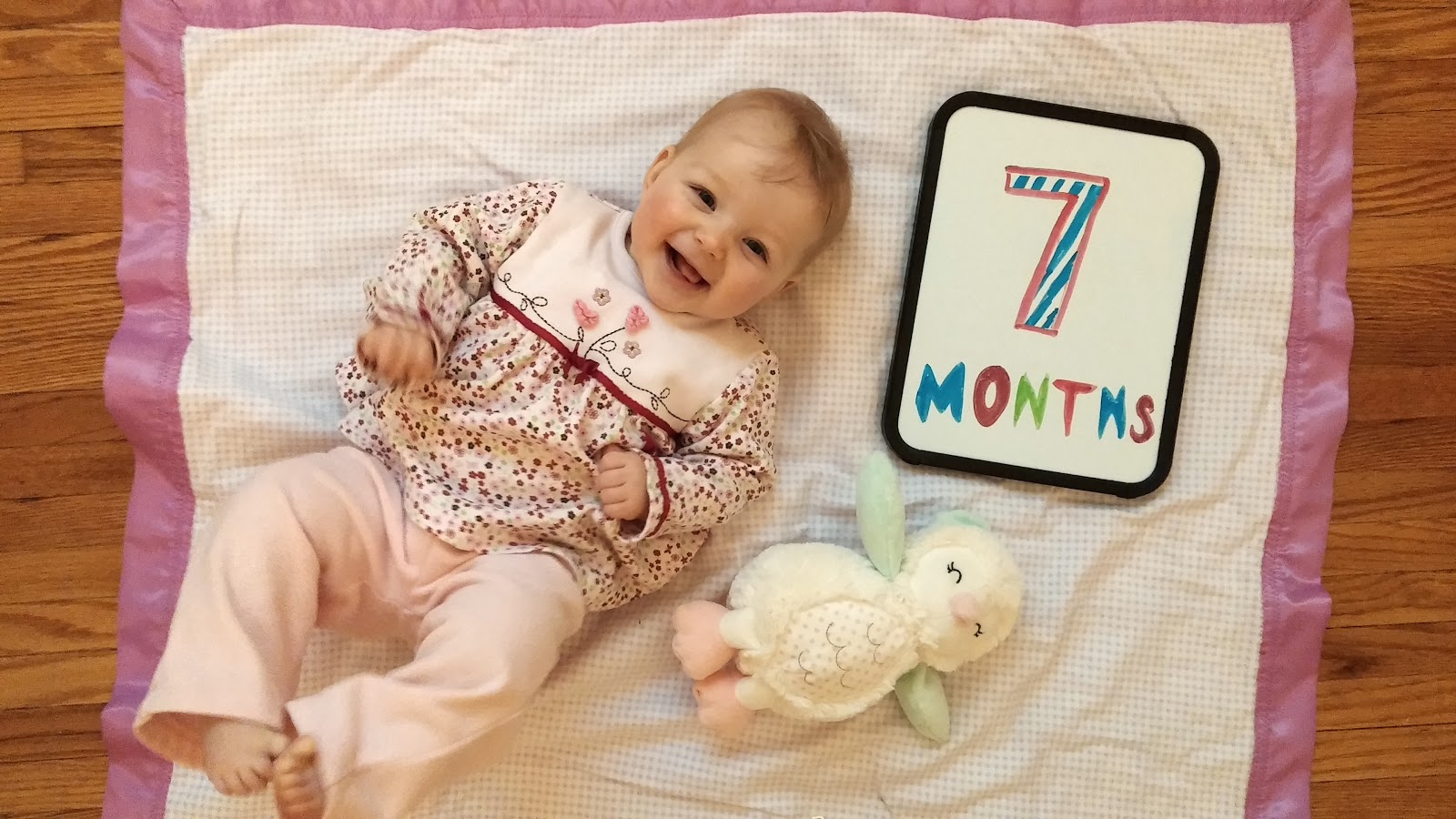 I had great intentions of writing this post over a week ago, but my time got spent packing and then I was never able to sit and blog while on vacation.  However, I did take the photo before the trip, so I should get a half credit, right??

This girl still constantly amazes me at how quick she is learning and growing.  Even though she hasn't really changed much from the last update, she's still had a pretty big month.  She got to experience her first Easter (complete with egg hunt at Ahm & Abo's house), she was dedicated to the Lord, and she spoiled me on mother's day (okay, maybe daddy did more of the spoiling, but she did have a really good day that Sunday!).

This month also marked a big milestone - her first tooth!  Seeing that little sliver of white pop up was such a validating sight! Bean had been quite the grouch and very clingy.  I was fearing her temperament was changing, but when I saw that little tooth, I realized it is just a phase and she is teething!  So nice to finally have something to show for all the fussiness!

She hit another milestone -- even though, technically it happened while on vacation after she turned 7 months, she was so close, we'll give it to her this month -- crawling!  She does a sort of army crawl involving an elbow, or sometimes it's more of a pull with her hands, but she has finally figured out she can go from point A to point B with a purpose!  And somehow, she's always wanting to go where she's not supposed to, which has entered a new phase for Momma & Daddy -- disciplining :(.  We've done a few hand slaps (not hard at all) and has upset her, yet she still does what she isn't supposed to.  She'll learn eventually!

Bean is still very active and a very happy baby.  She makes instant friends with nearly everyone she meets.  She has figured out when people are talking about her, and instantly turns into a ham.  What a goofball!  I've recently noticed that she's always keeping her hands in motion.  She loves to hold things out and shake them, or pat things, or just suck on her fingers.  And another new thing (again, technically it happened this past week, but who's keeping track?) -- she waves!  I can't get her to do it on command, but when she's really excited and someone waves to her, she'll wave back.

Along with the waving back, I've noticed she's really into mimicking.  If you blow raspberries to her, she'll do it back.  If you say "da-da-da" to her, she'll start saying it.  If you pat at the table, she'll pat at it.  This is such a fun phase to watch her learn new things and experience the world around her.

So what about sleeping??  We're in the same position if not worse than last month.  She still gets up at least once every night, and oftentimes 2x.  I had started a sleep campaign, but new vacation was coming up and it was unrealistic to keep with it.  So I got lacks and now we are both sleeping horribly.  I'm giving her through this week to recoup from being in a different environment, and then we're buckling down on a serious sleep campaign.

Bean is still trying new foods and we are starting to notice some favorites - peas, sweet potatoes, avocado, bananas, and prunes.  Tolerable foods - green beans, squash and carrots (only when the carrots are hidden in another vegetable).  She tried pears, but ended up having a reaction from them (rashy bottom and bloody diapers -  Poor little girl!).  Just because she had this reaction doesn't mean she is allergic.  Most likely the pears are too acidic for her system and we will try to introduce them again in a few months.  I also started to give her some little dried yogurt bites.  She has to suck on them and moisten them, which always makes me nervous, but she does a good job.  Only downside is the yogurt really makes her stinky (if you know what I mean!). 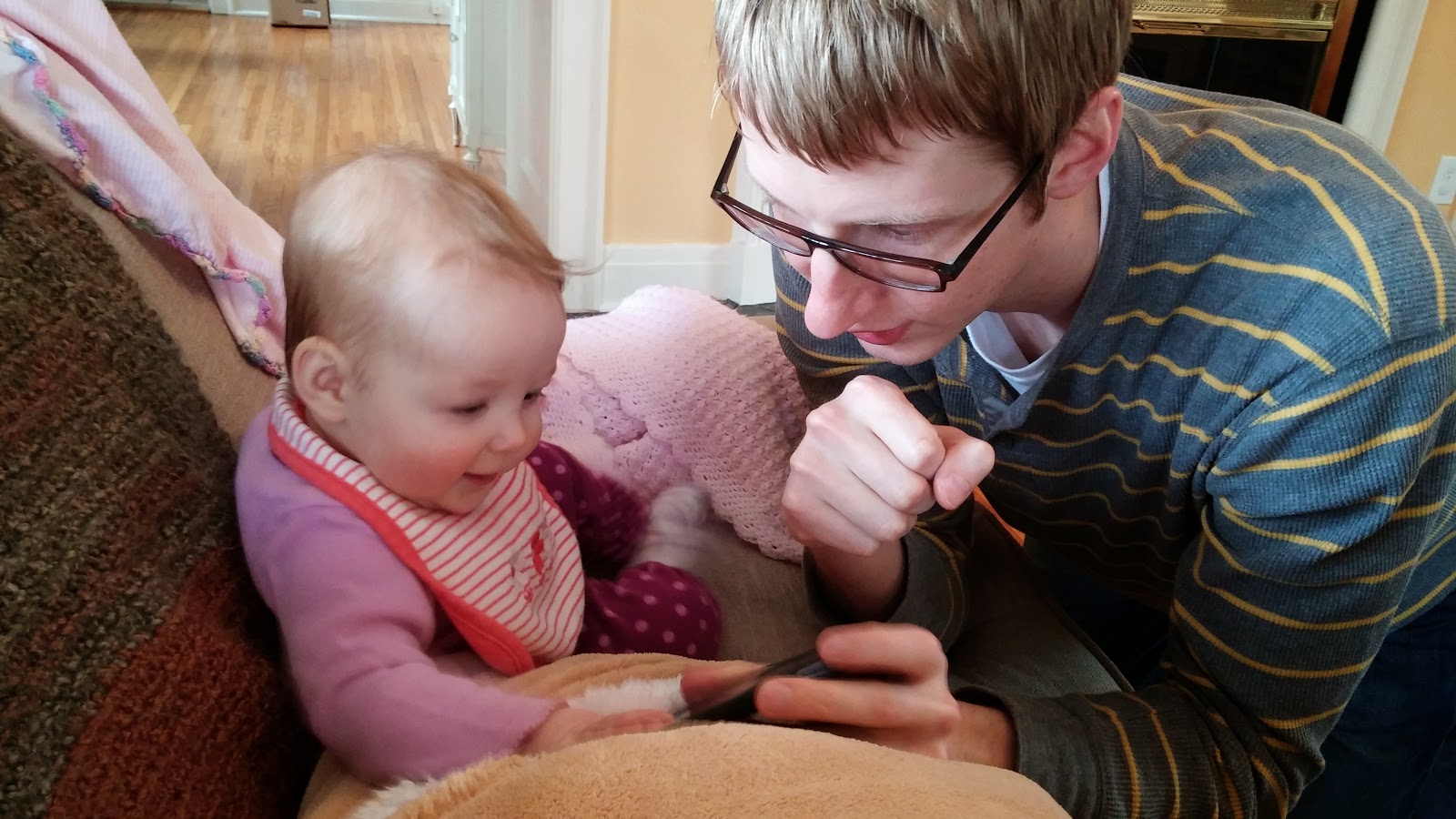 (I'm not sure if Daddy was showing Bean something, or if she was showing Daddy.  Either way, I love how these two interact!) 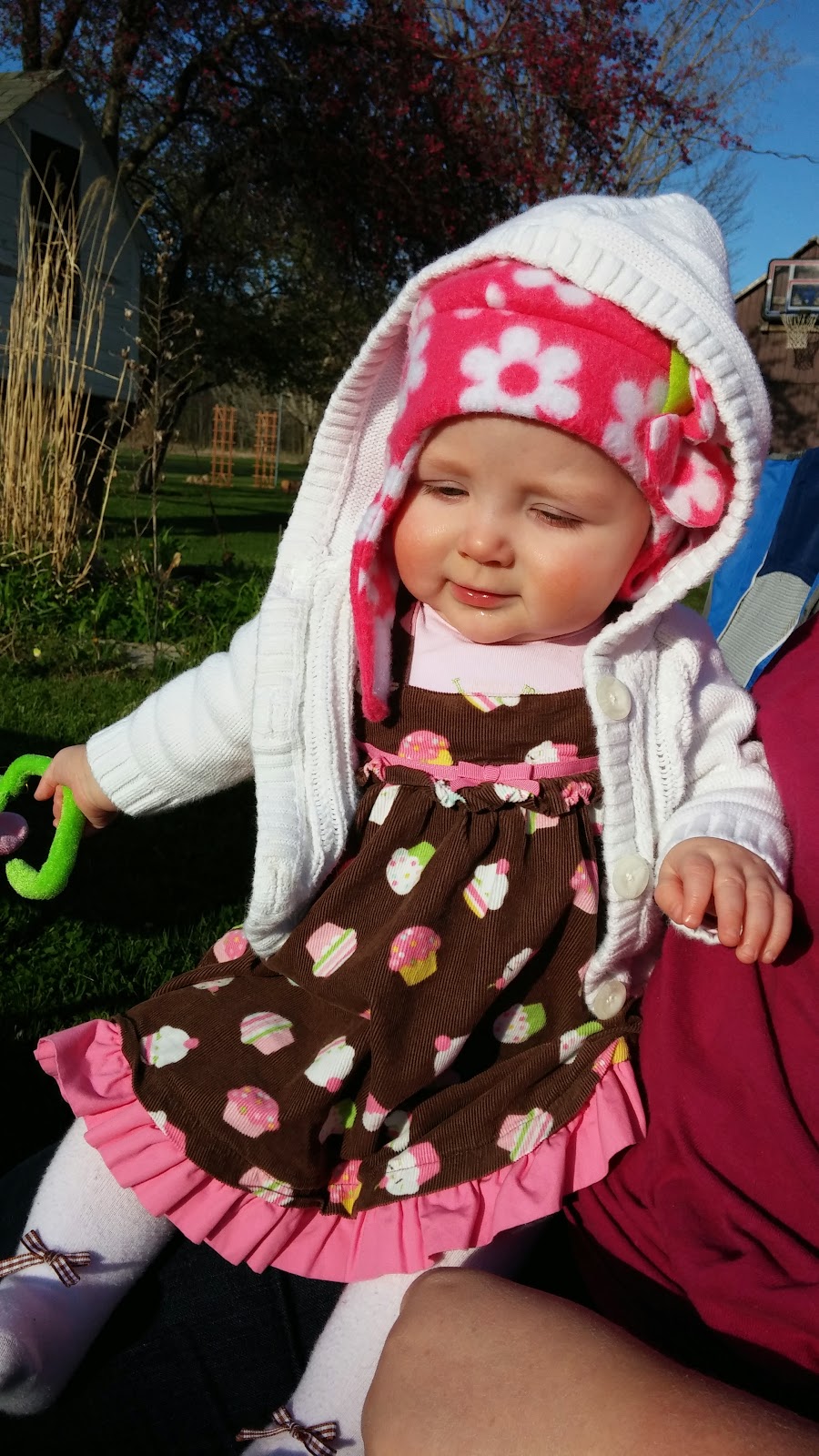 (Showing off her cupcake dress for Sara!  We were at a cookout and it was freezing!) 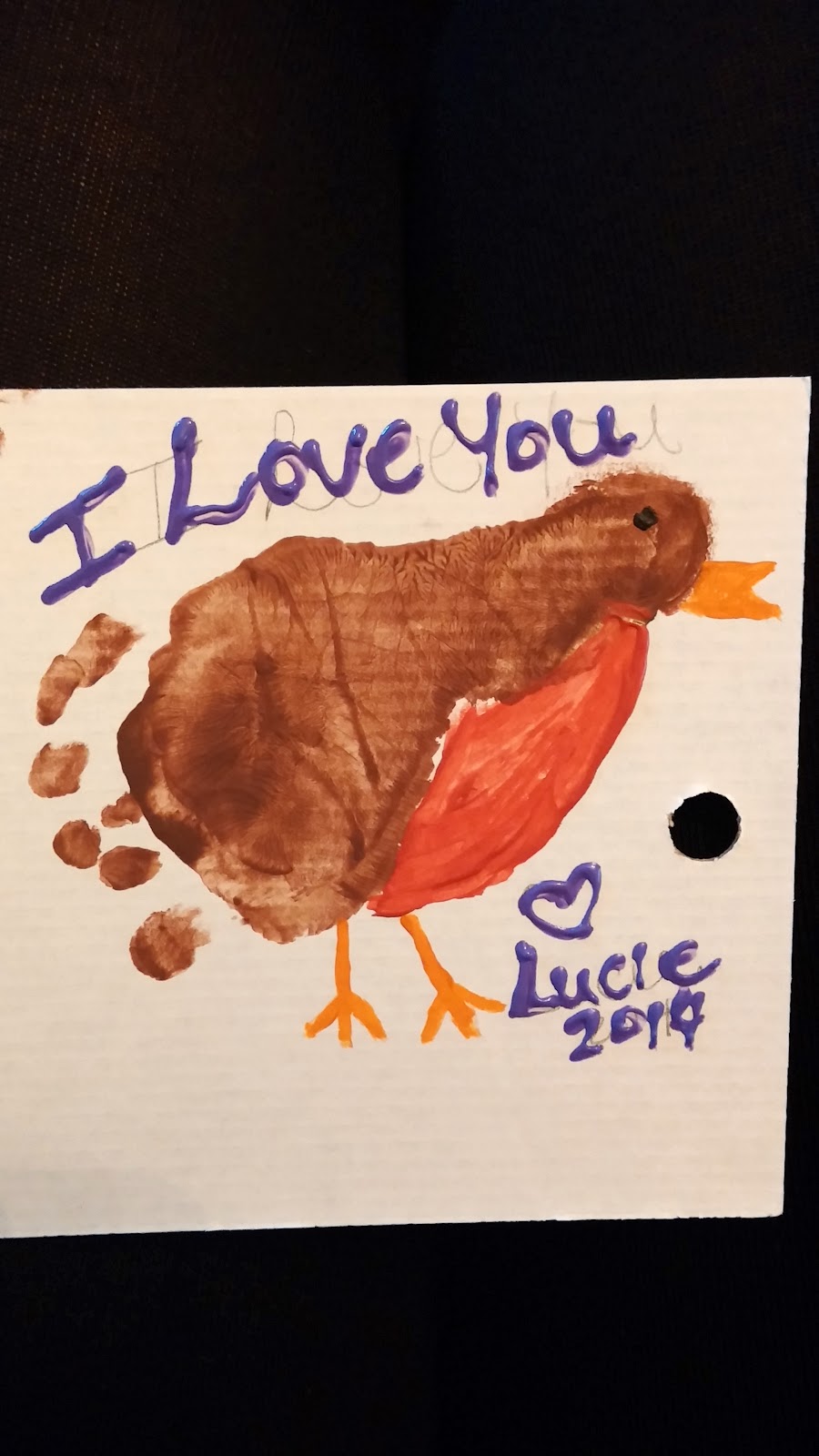 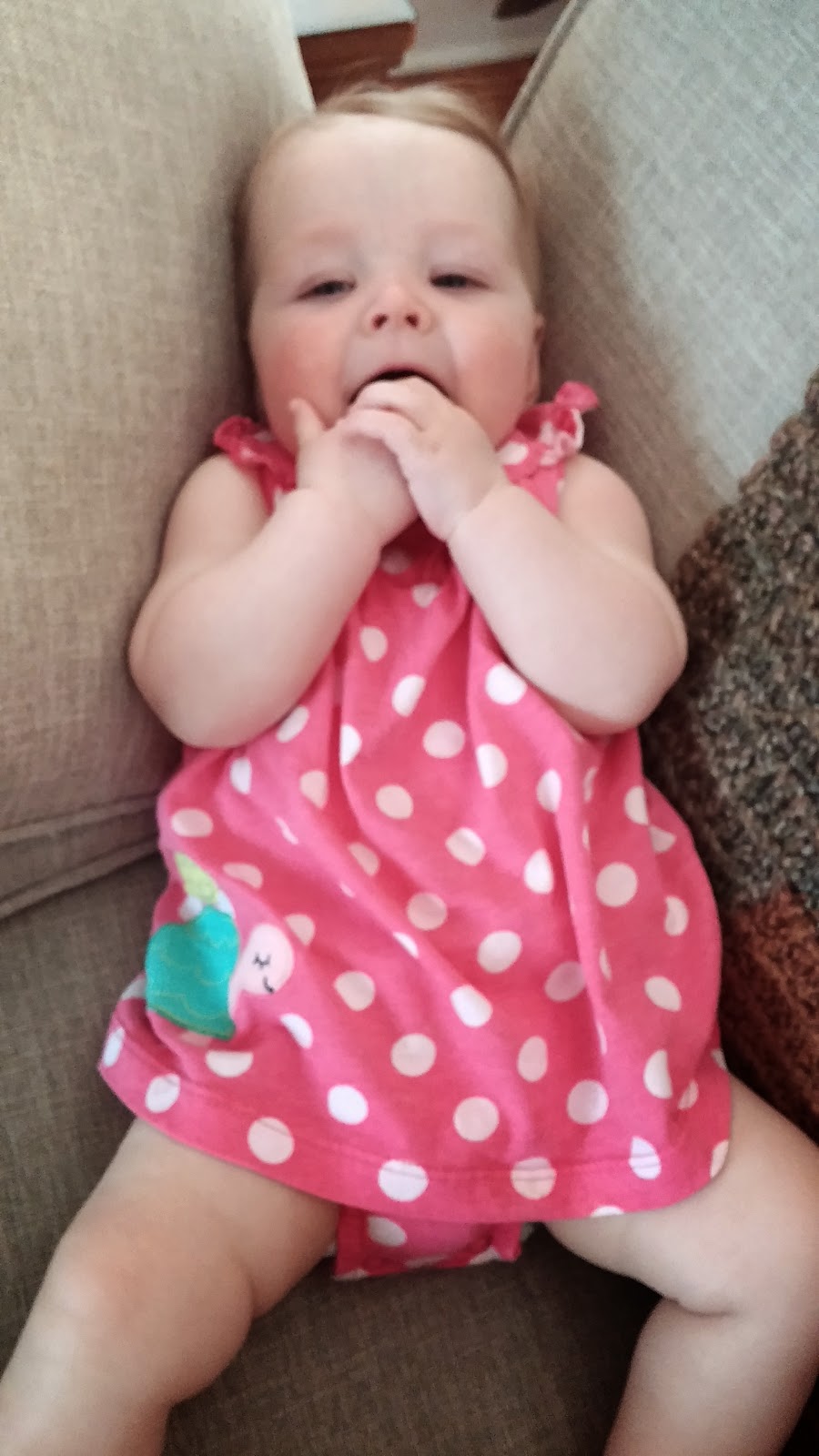 (Chewing on them fingers and modeling her new summer outfit!) 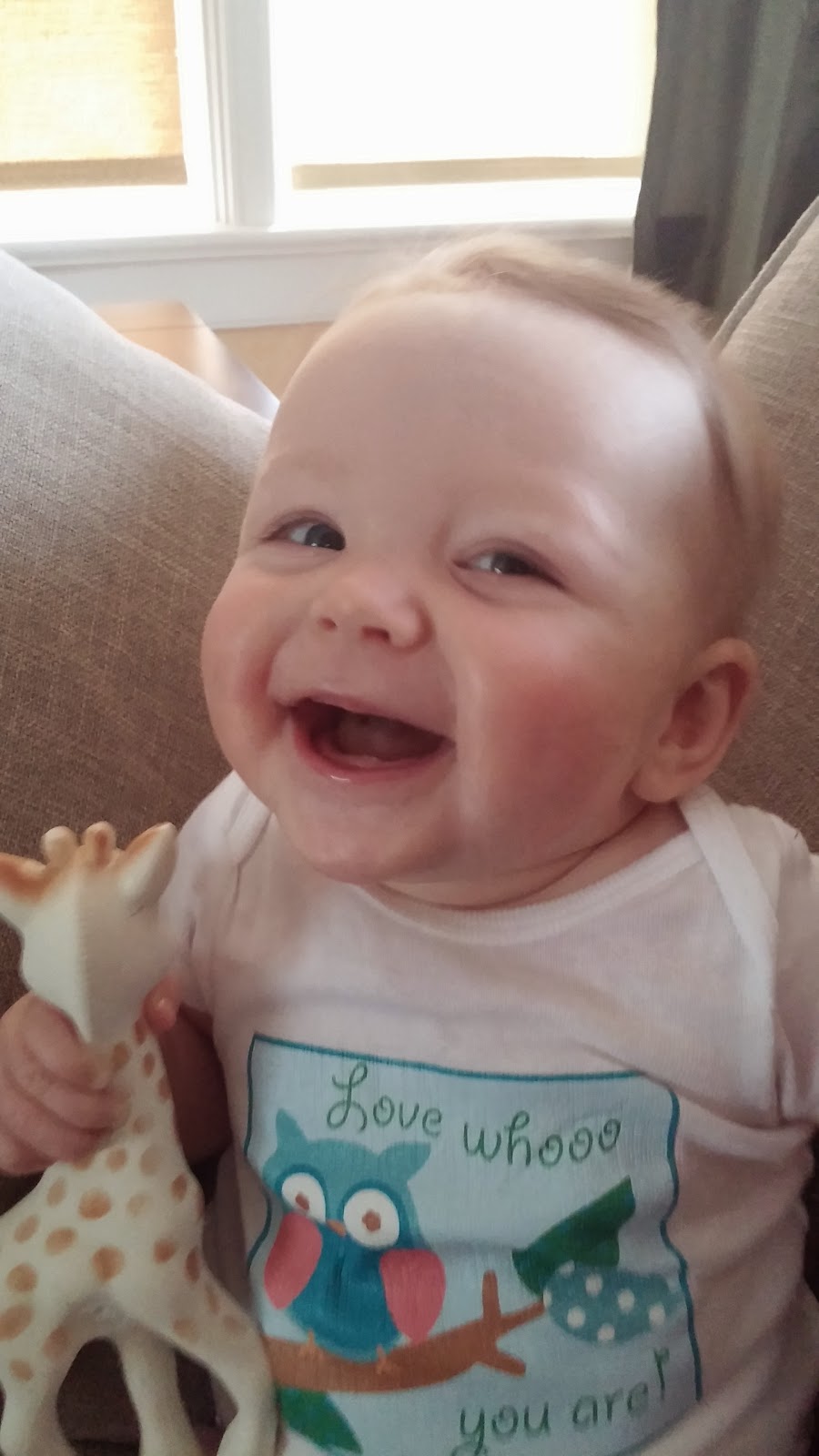 (If you look really closely, you can see her tooth poking up - her bottom left front tooth!) 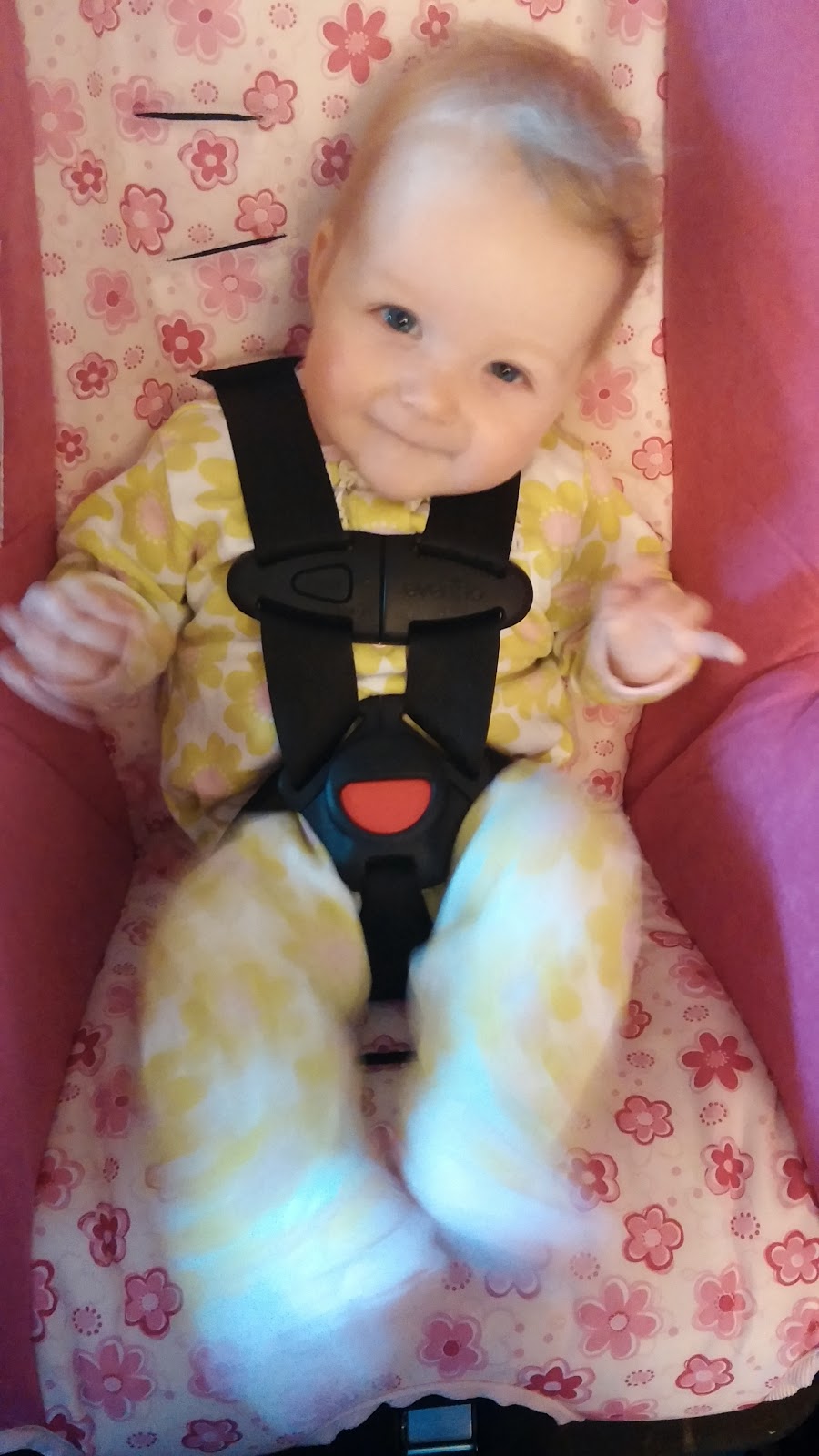 (And another big milestone - Bean has been upgraded in carseats.  She had to change seats to make it easier for us on vacation.  Even though she meets the requirements, I still like how she is more snug in the other seat.  I think we'll go back to using the carrier version, but just leaving it in the car like this new one functions.)
Posted by Unknown at 6:00 AM