The past few weeks have flown by, and I'm not sure exactly where all the time has gone.  What I do know, is that it feels like we've been going non-stop with no immediate end in sight.  A big chunk of our past few weeks have been consumed with tons of yard work, but you'll have to wait for more info on that in another post ;-).

A couple of weeks ago, Steve had to go to Wisconsin for business for a few days.  Since he went with some other guys, it didn't make sense for us to tag along (shucks, haha).  So instead, Bean and I headed over to Indiana for a few days with my family!  While we were there, we packed in lots of time with  my friend April, family, and even got to have a play date with one of my childhood friend's kids! 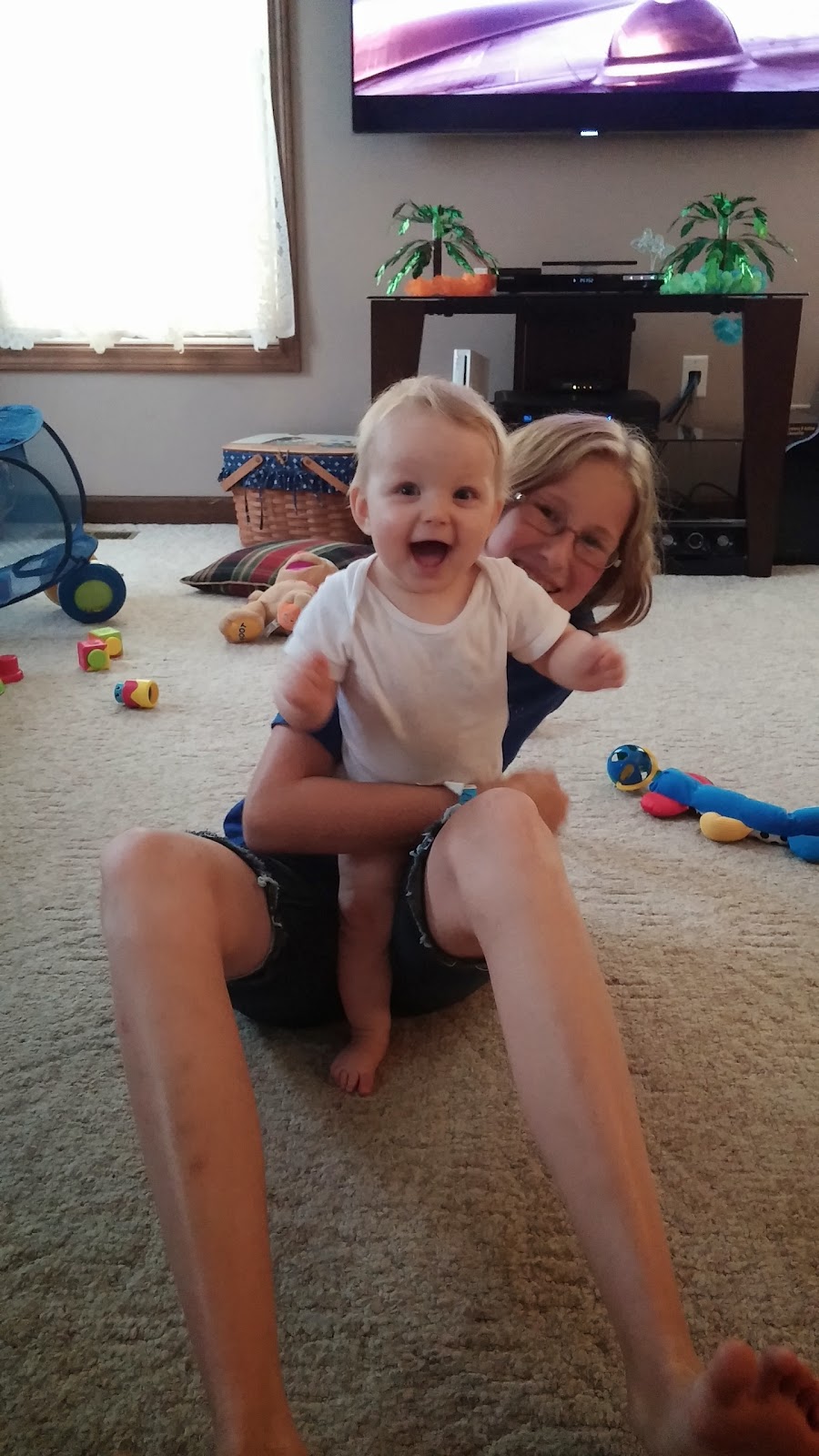 (I love this picture for how freakishly long it makes cousin Emily's legs look!  She is pretty tall and lanky, but this picture makes it look crazy.  It also makes Bean look like she only has one leg.  Ha!)

(Getting some love- and learning to pose - with cousin Allie!) 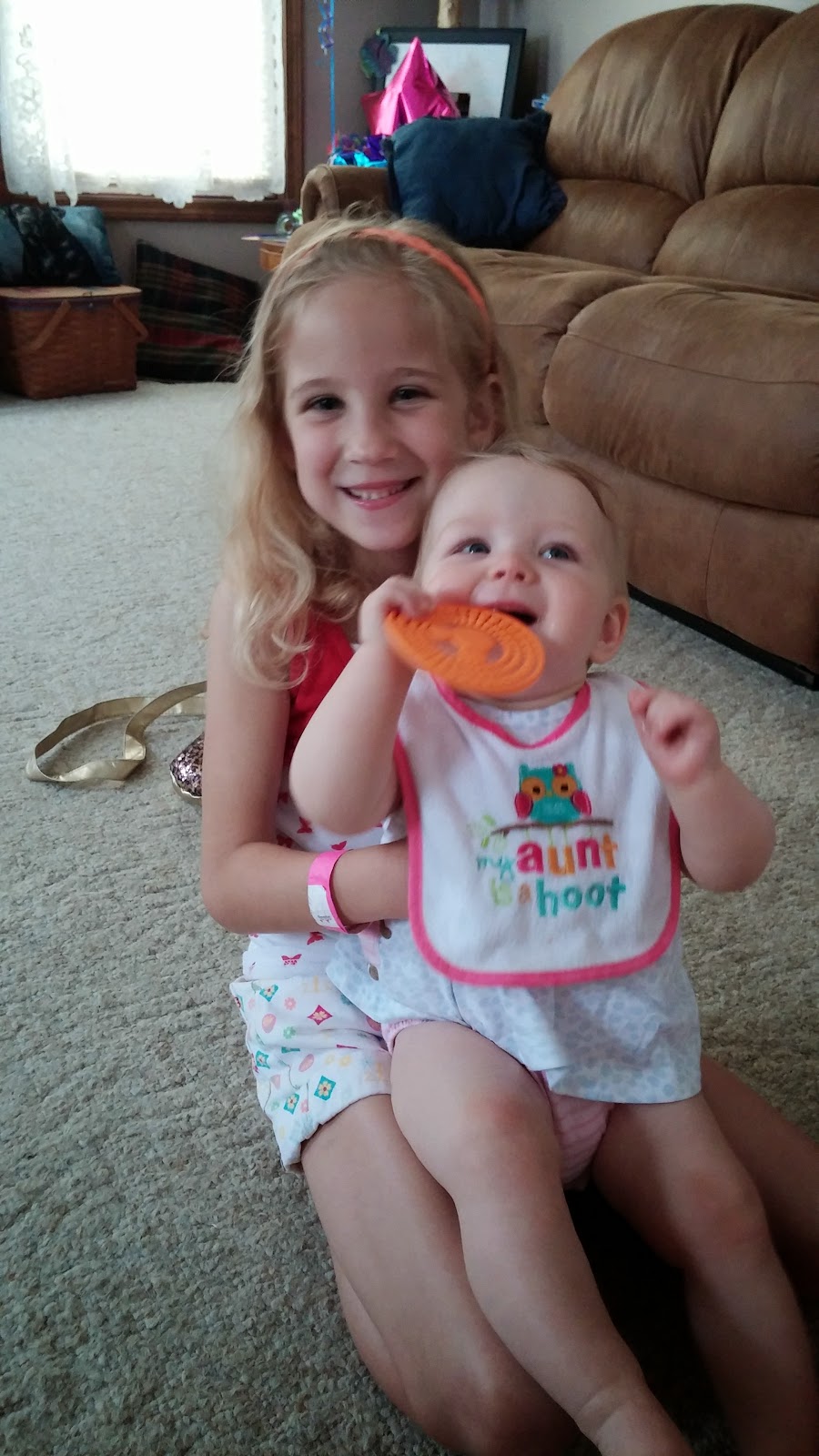 (Cousin Gabbie can't get enough of Bean.  She's constantly wanting to hold her, even though Bean just wants to be playing with toys.  Pretty sure someday, Gabbie is going to wish Bean would leave her alone, but for now they are inseparable.) 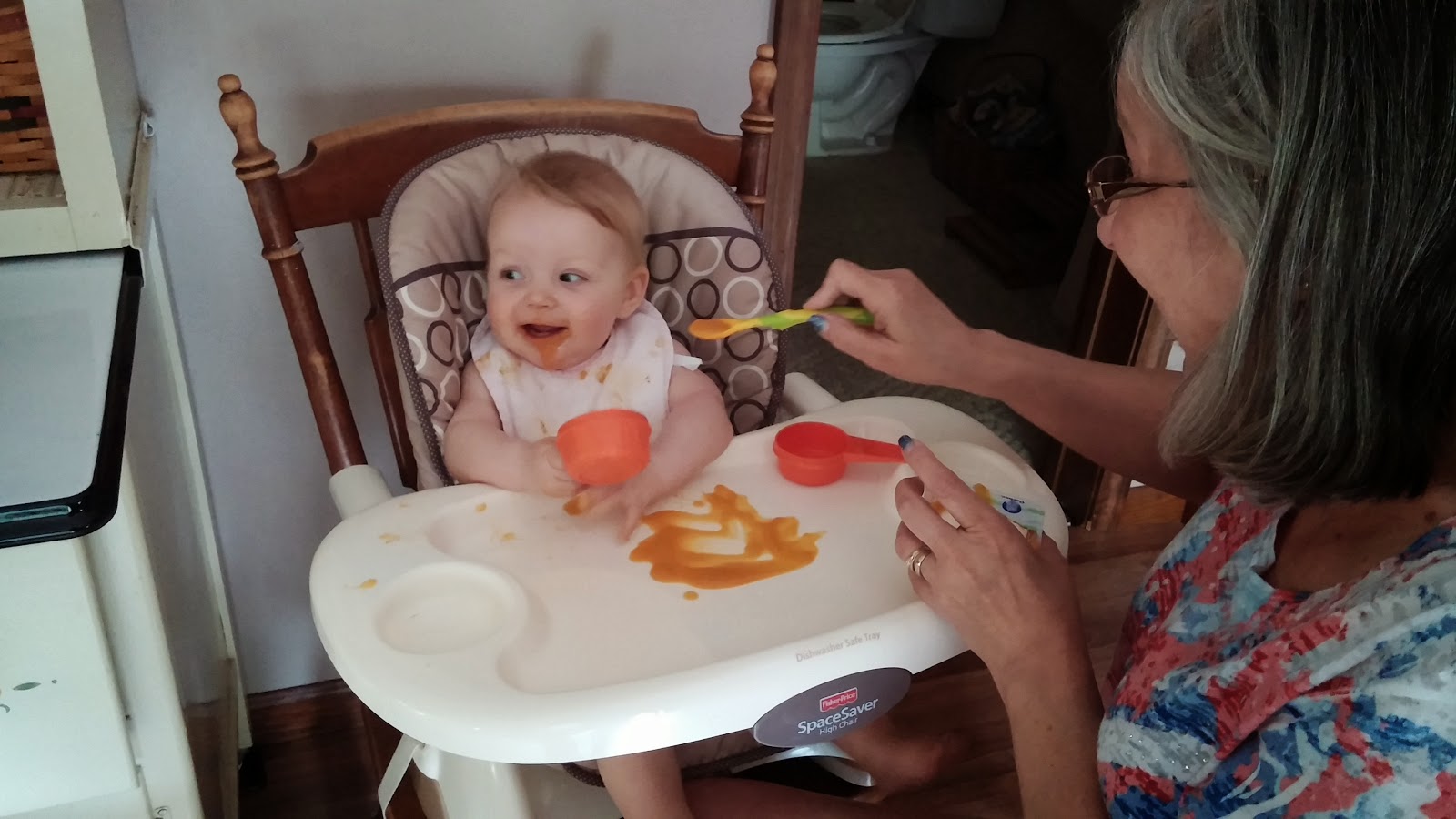 (Mmmmm, Ahm learned the hard way to keep the container of food away from Bean's reach.  Doesn't bother me any since I didn't have to clean it up!  Did I mention how much I enjoyed having all the help and not being responsible for Bean?!) 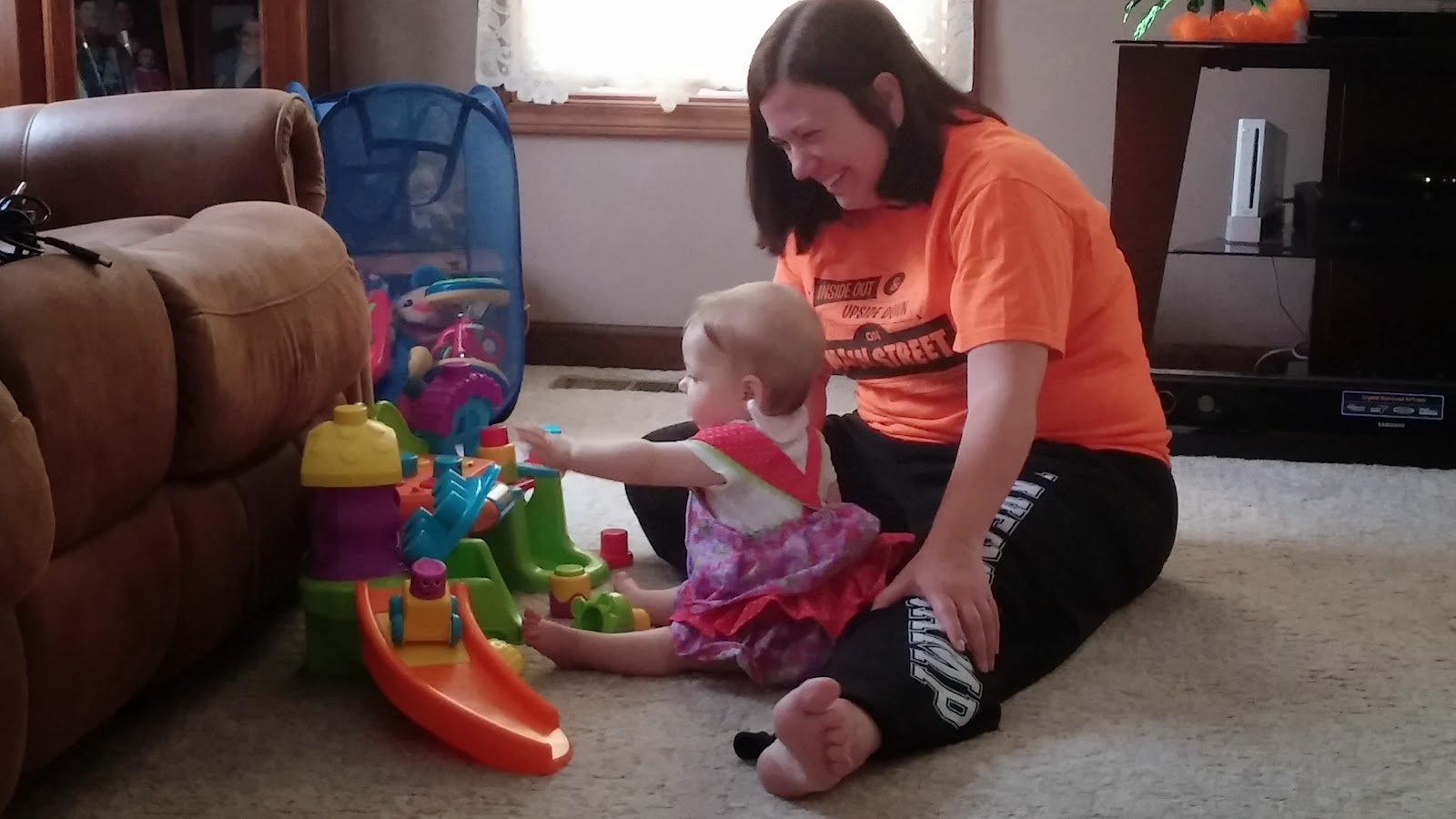 (April and Bean playing with a crazy playset.  Bean loved the playset so much, that we stole it from Ahm's house!  April kept raising a platform up and Bean would immediately pull it back down.  So funny!) 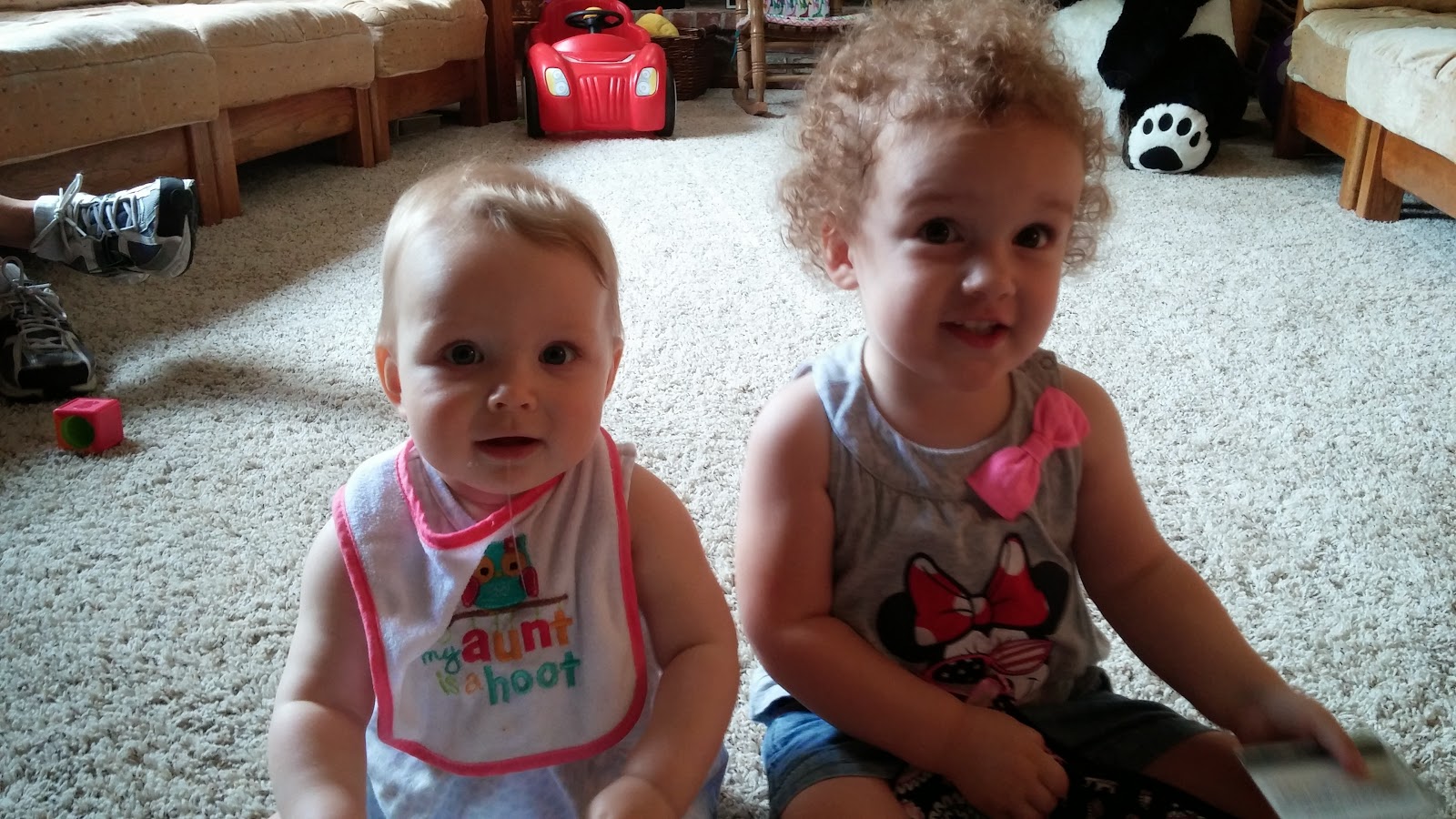 (Playdate with my childhood friend's kids! I hadn't seen my friend in a couple of years.  But I did get to see his daughter last year at my baby shower.  What a little cutie she is!) 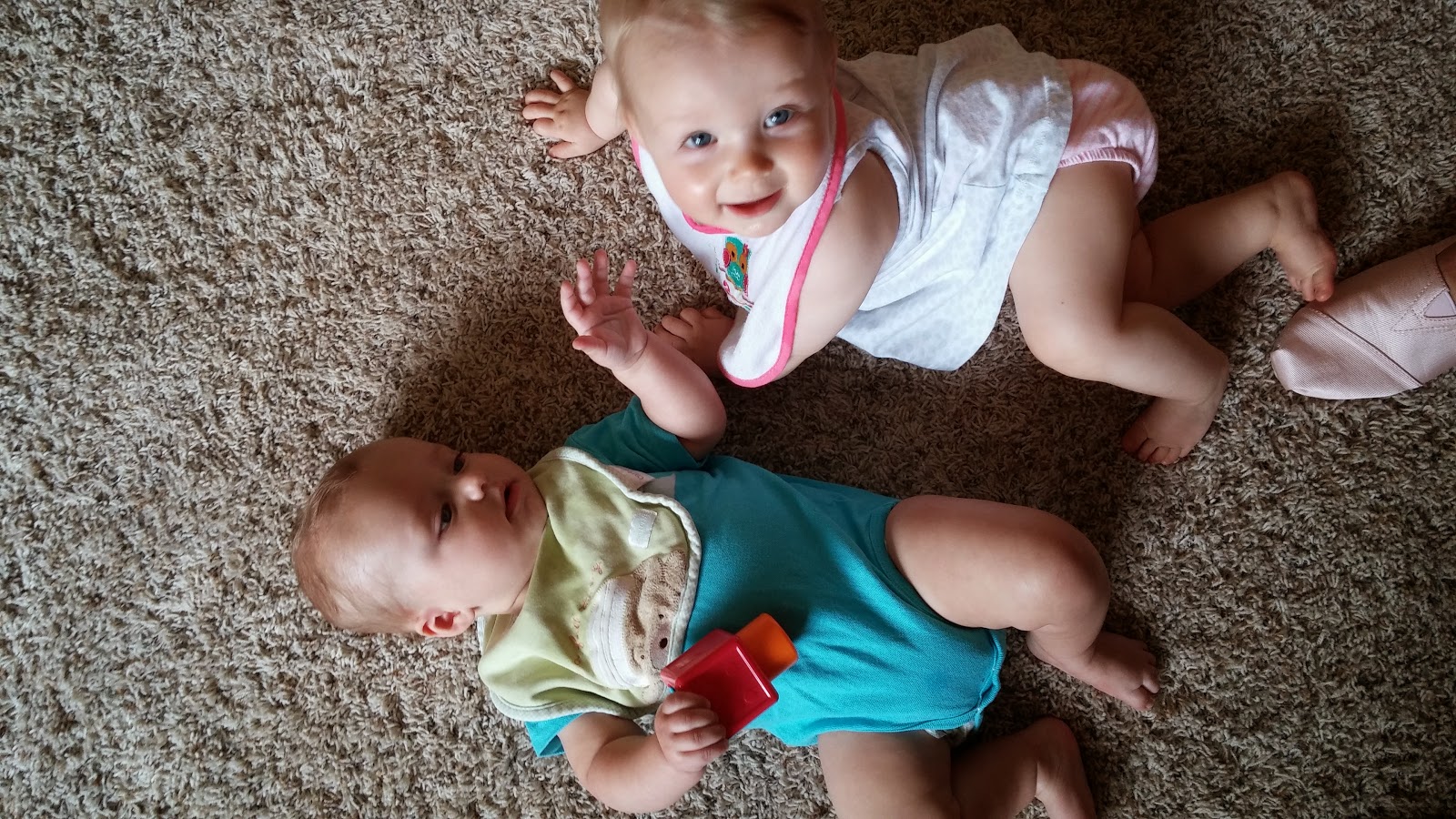 (And playing with my friend's son.  His son is just a couple months younger that Bean, but they were nearly the same size!) 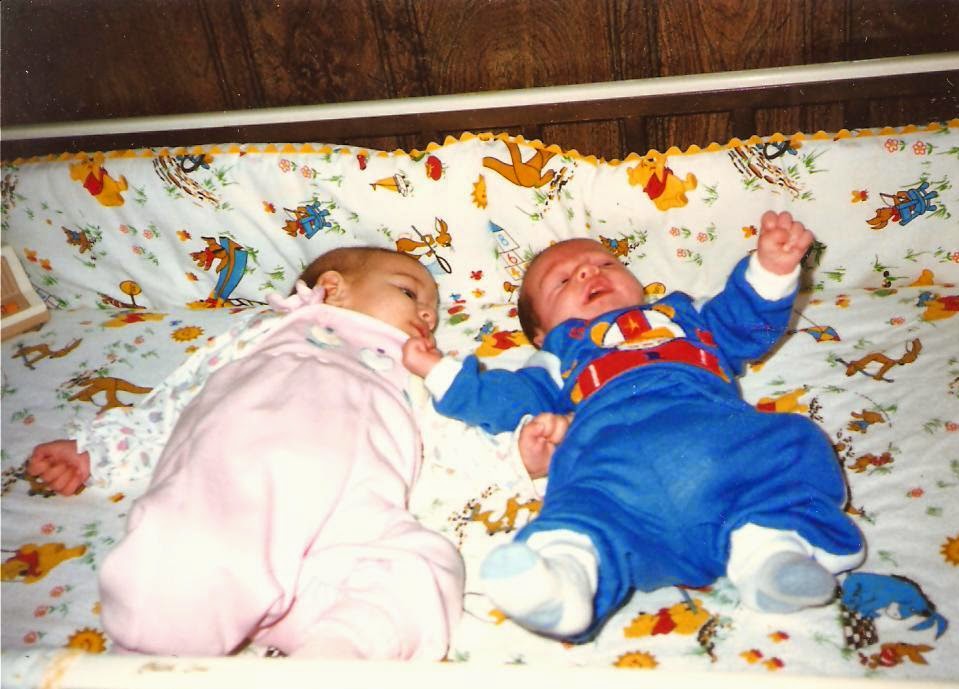 (Throwback photo -- here are me and my friend in my crib a ridiculously long time ago.  I am a couple months older than him - which is the same age gap of Bean and his son!) 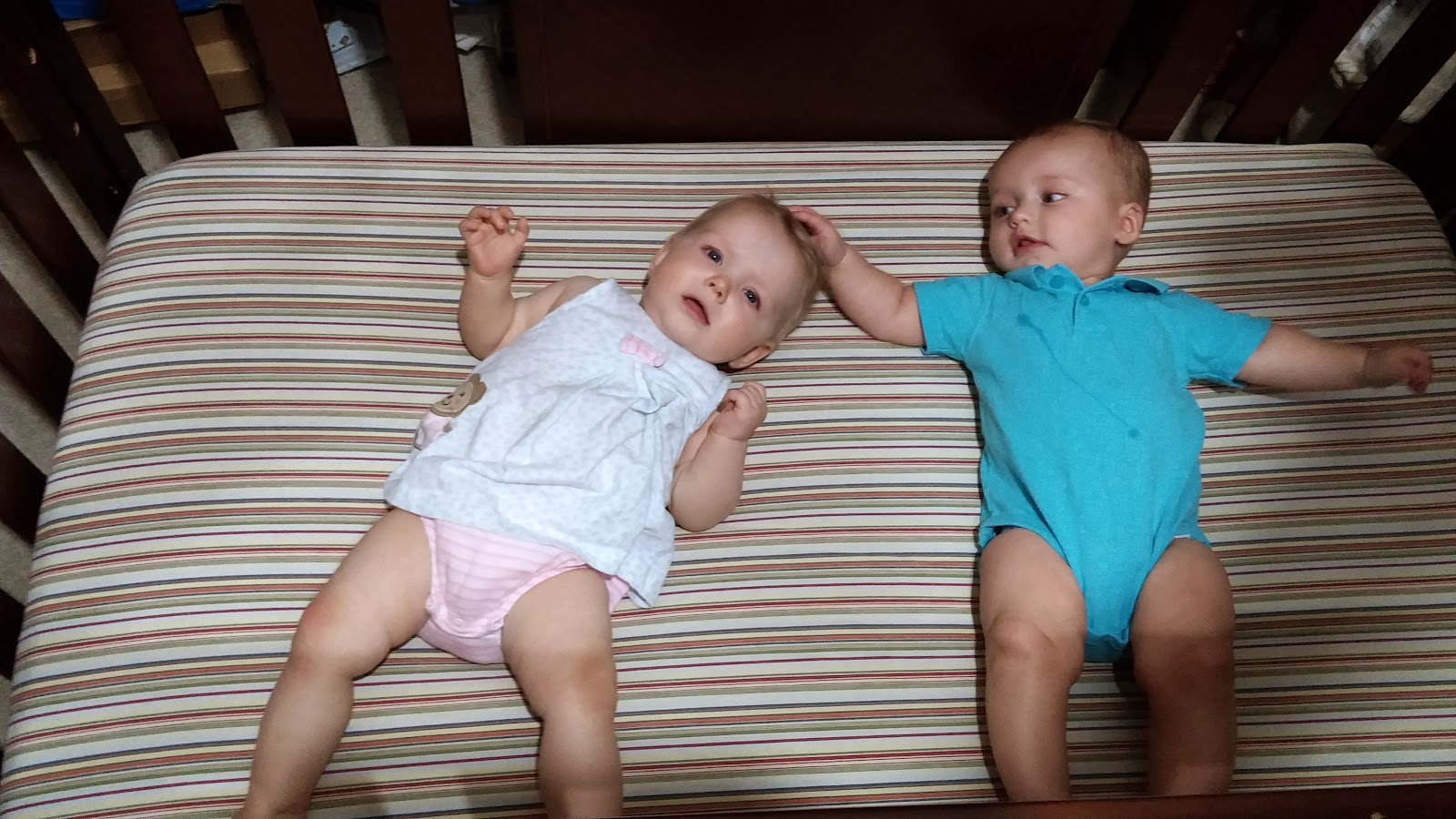 (We recreated that moment from our babyhood for our kids.  We had a couple of other good photos, specifically Bean crawling all over him, but this is one of my favorites.  It's like he knew she was about to crawl all over him and was hoping to keep her away. Haha.)


Bean and I returned home on the same day that Steve got back; however, we didn't return alone.  We had a hitchhiker join us.  Okay, not a real hitchhiker, but my mom came back with us!  My parents are scheduled to teach a few Sundays in our class at church.  So mom was able to come spend a few extra days with us, and then my dad joined on the weekend.  While she was here, I was able to get a lot done and even enjoy a nice lunch out with a friend sans baby!

Time always goes by way too fast when you're with family, but we tried to soak up and enjoy every minute of it.  I especially took advantage and was able to "take a break" from a lot of my mom responsibilities for almost an entire week! With all the extra help, I didn't have to worry about diaper changes or food feeding.  Bean especially liked all the attention- especially during play time!  I was afraid she was going to be too spoiled from all the extra attention and that it would take days to get her back into a routine.  However, it ended up working in my favor because she ended up sleeping through the night a couple nights after things "returned to normal".  But that was short lived.  If only we could get this sleep thing figured out!
Posted by Unknown at 8:54 PM