Every year, we try to get together with a group of our college friends.  These aren't just any friends, these are the other married couples that we got the honor to participate in a married Bible study with during our senior year.  Coordinating everyone's schedule is difficult to make this weekend happened, and this year proved especially difficult.

One of the couples moved from Illinois to Ohio, while the other couples are located in Indiana & Wisconsin.  The couple from Wisconsin are awaiting the birth of their 2nd child soon.  With them not able to come, it made our house the central location -- works for us!

Everyone arrived on Friday night (minus Mr. Kempson who was busy demo-ing their new house) and was able to stay until Sunday afternoon.  There were 5 adults and 6 kids ranging from 6 years to 9 months -- we were outnumbered!  While they were here we had beautiful weather! We managed to eat a ton of food, enjoy s'mores by the fire, go for a walk, craft time, random internet videos, football, and catch up on everyone's life.  We had a great time and look forward to next year's reunion! (I say we coordinate the date now before the next round of babies comes!) 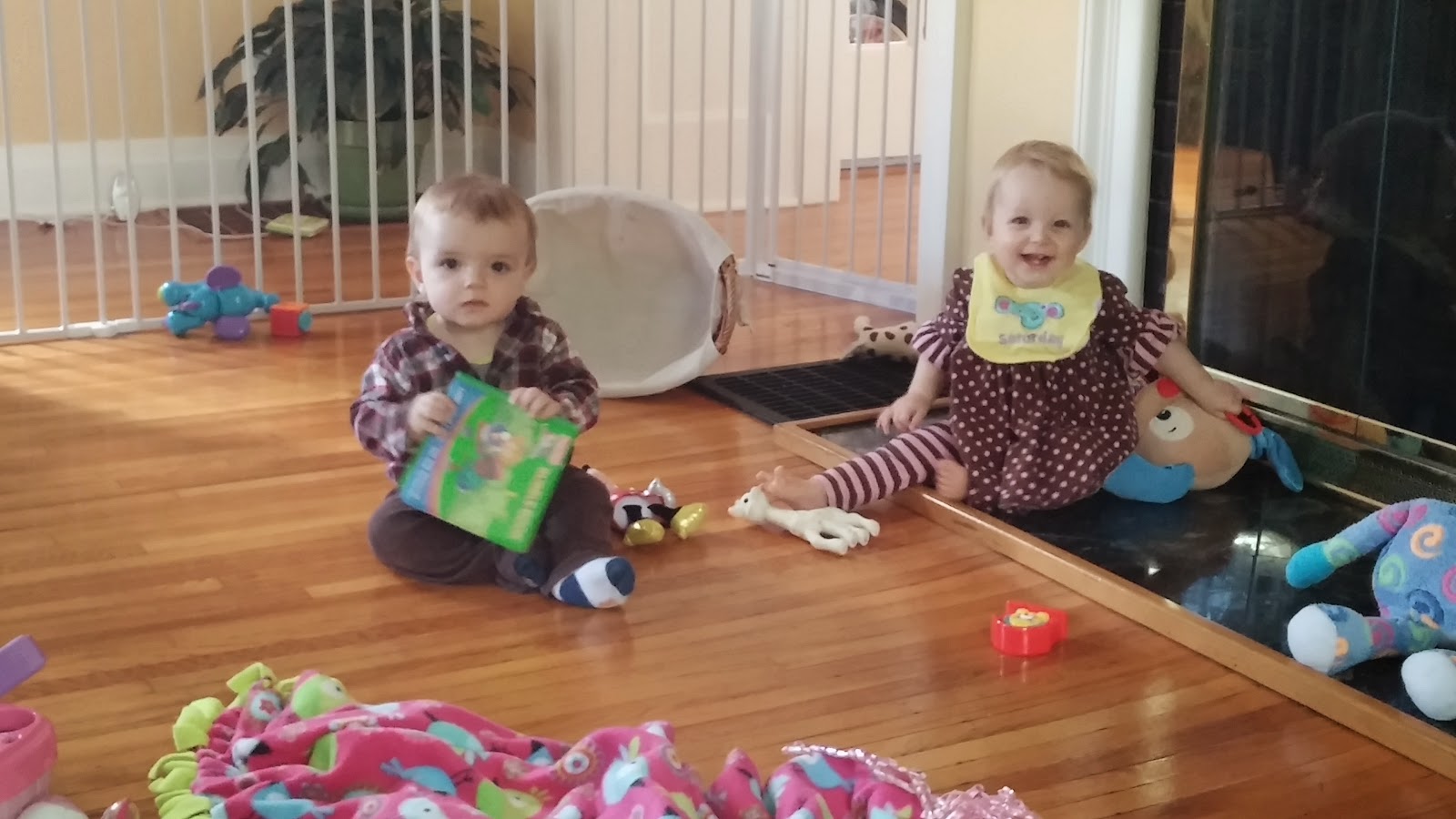 (Bean with her buddy Wilson! Potential arranged marriage??  I'd be down with that!) 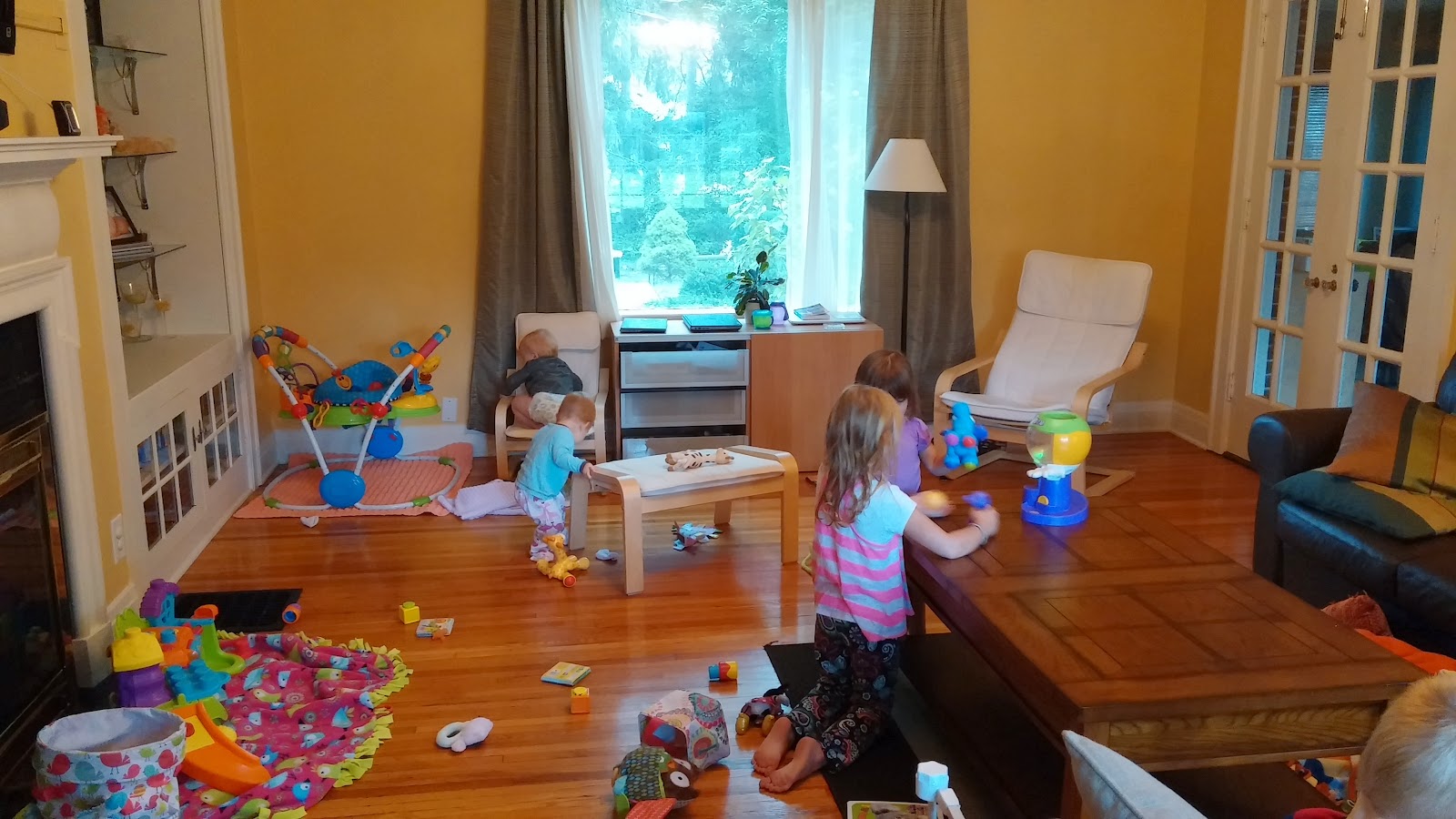 (The living room was quickly turned into play land!  The kids had a blast and I think they tauht each other new things.  Check out Gummery climbing in the Ikea chair. Next climbing the chair was Wilson, followed by Bean once everyone left). 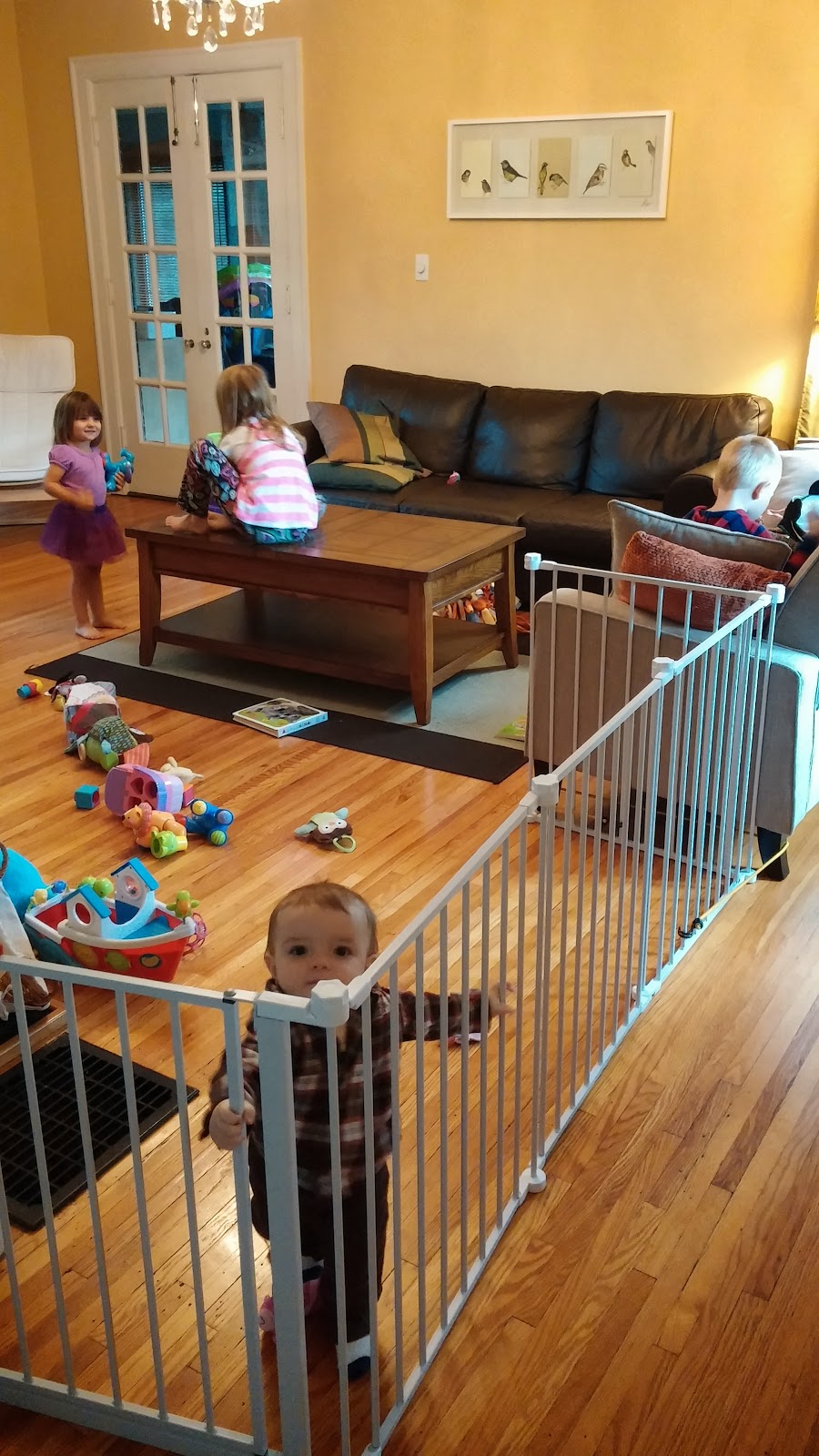 (Pretty sure this was the one time Roman voluntarily sat on the couch.  Any other time he was on the couch was for time-out.  Haha, that kid was just not meant to stay quiet! With three little ones needing naps, it seemed like the bigger kids were constantly being told - shhhhhh!) 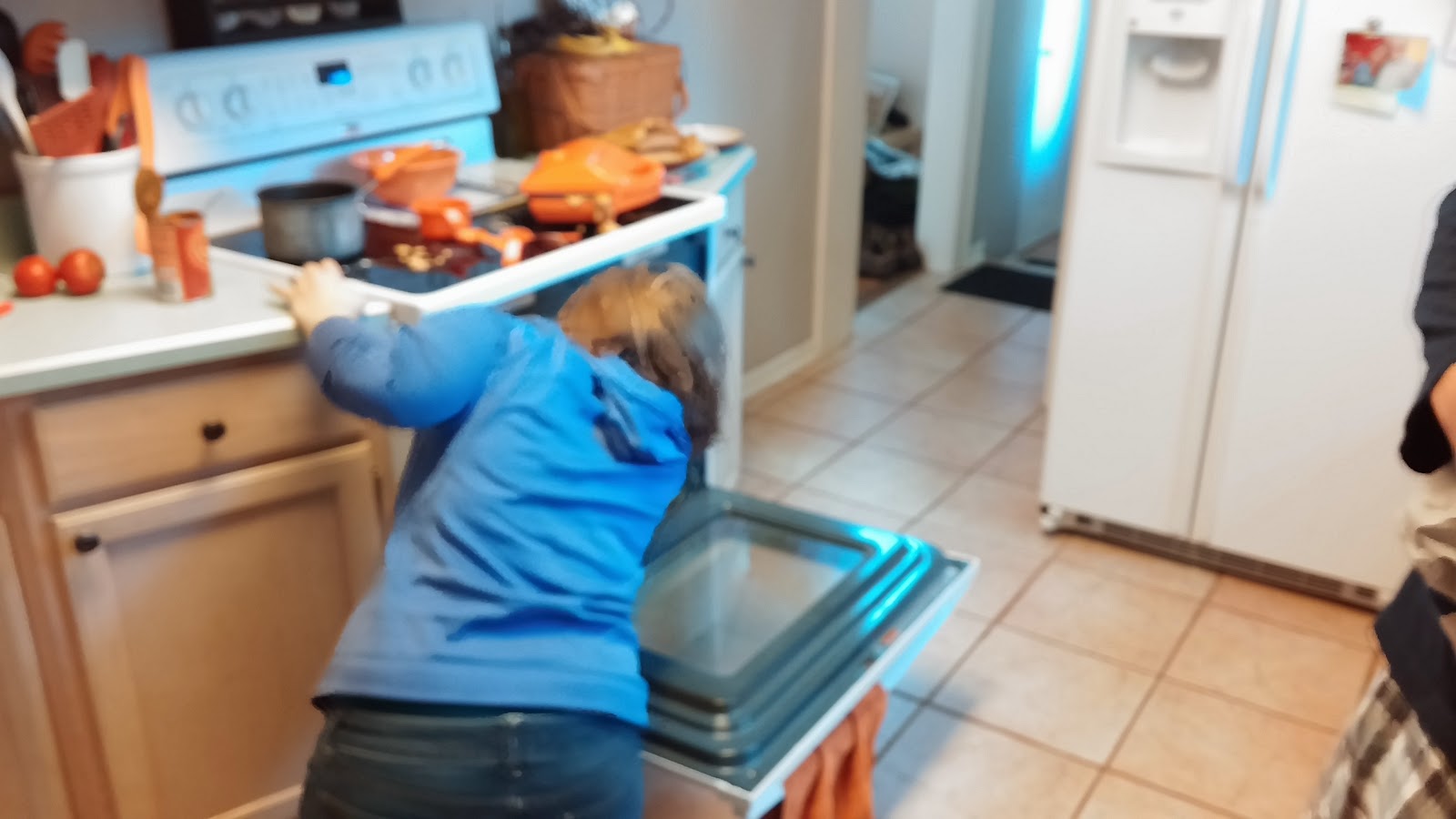 (Meals were a joint effort.  Everyone brought food to provide a meal, and then I provided the rest.  Alice's meal consisted of frozen pizza - since she works for Nestle!  Only problem was the cheese from the pizza dripped off and made a mess in the oven.  I personally didn't care, but it bothered Alice, so she cleaned the oven.) 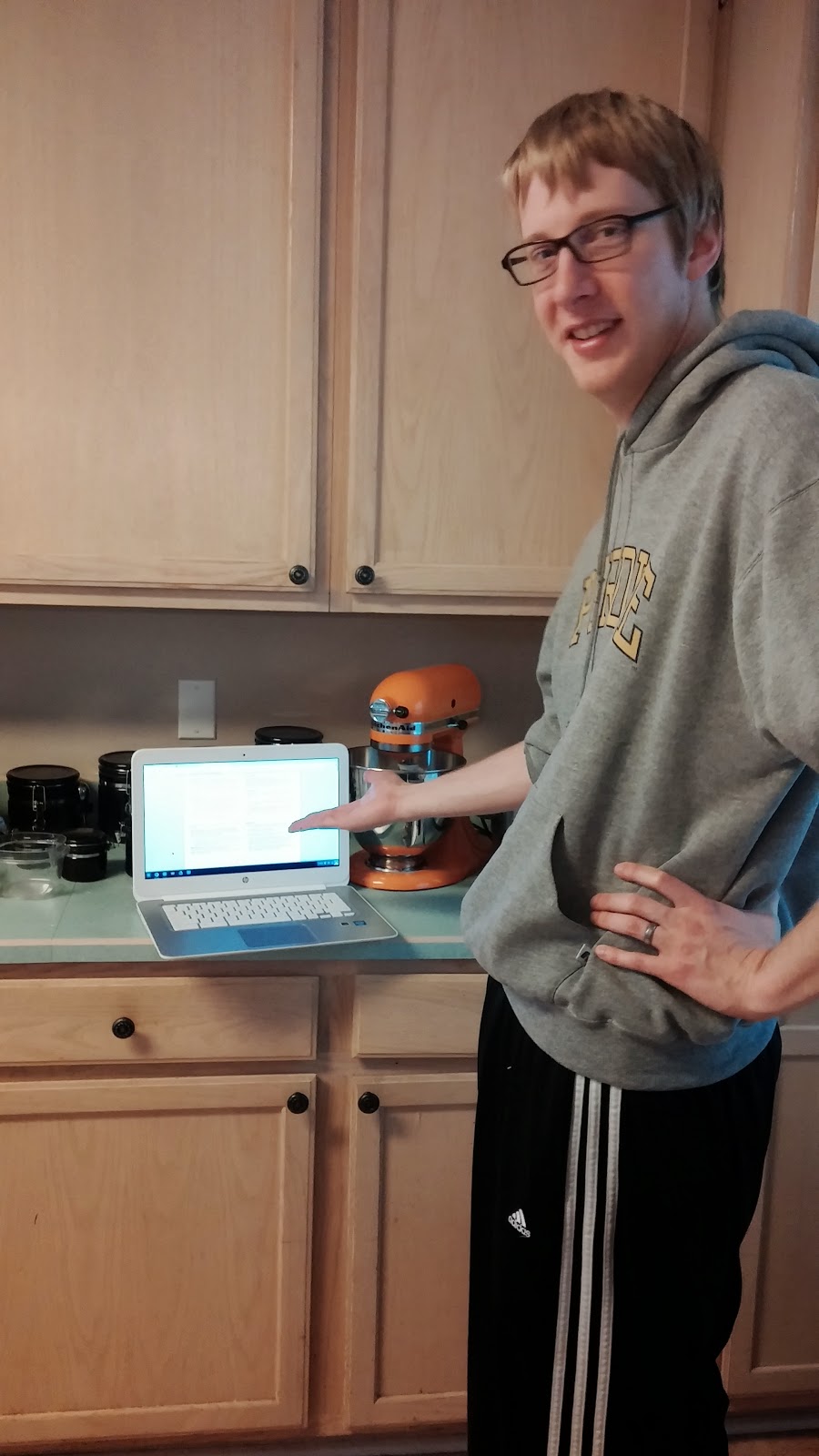 (Steve was project manager for the cleaning of the oven.  He looked up the manual online and told Alice the steps - prepping oven with damp cloth & selecting the right clean program - in how to properly clean the oven.)

(On Saturday afternoon, we were able to load up the kids and go for a walk in the neighborhood.  After the walk, the older kids were bribed to run around the house 10 times in order to eat a brownie!  I did a few laps with Bean and ate the brownie on her behalf - haha!) 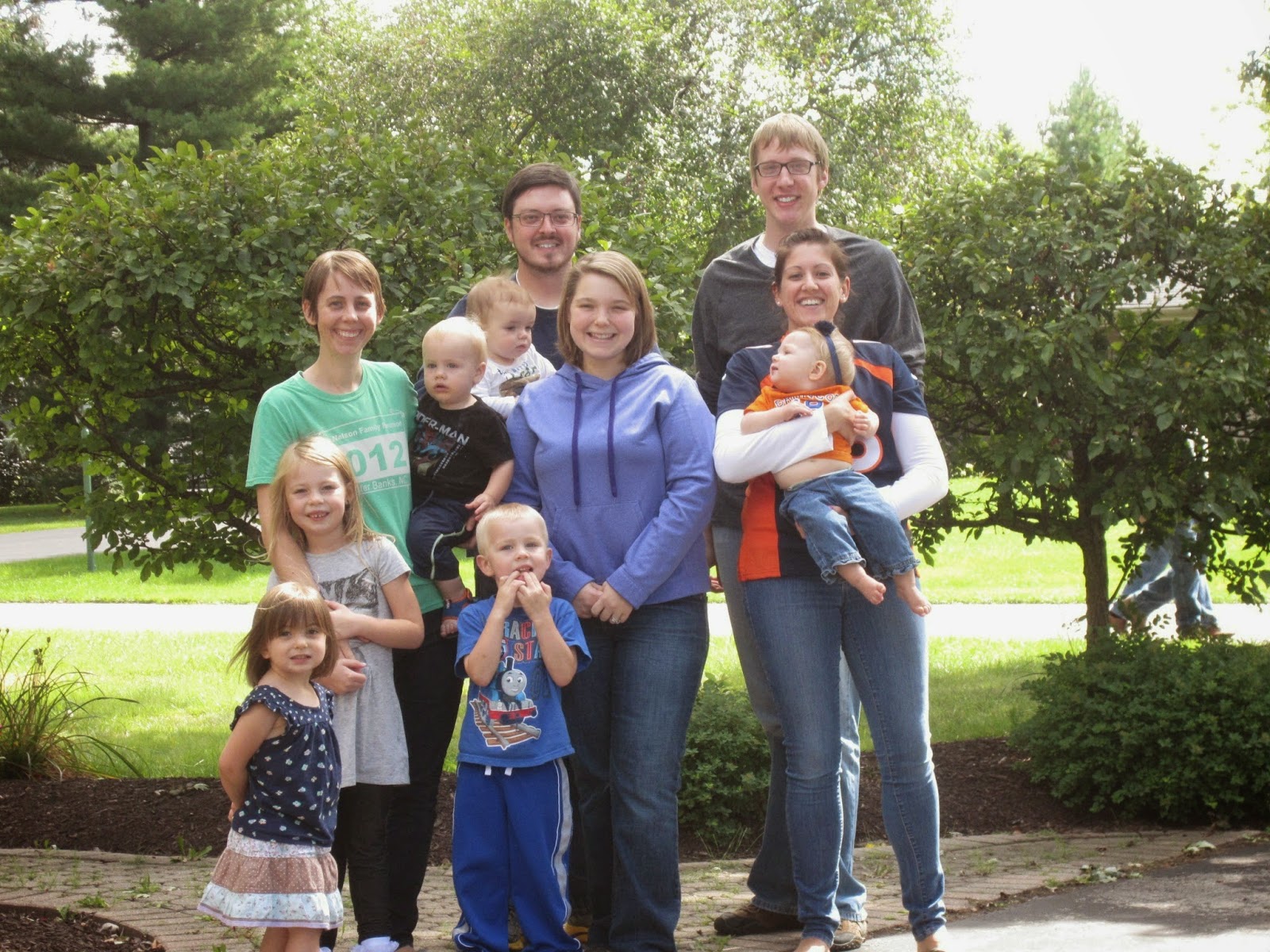 (Absolutely love this group of people - and those who weren't able to make it!  Even if it's been a year since we've last been together, we quickly pick right up where we left off.  And I have to say, thanks to Mitch and Alice, I laughed the hardest I have laughed in a very long time.  Pretty sure they need to take their comedy act on the road.)
Posted by Unknown at 7:46 AM