I don't mind winter (I hate it when it drags on, though).  In fact, I like it when it's cold and I get to burn candles and snuggle under blankets.  However, I only like the cold when there is snow outside! It's just so pretty and clean looking, haha.

I really want to say we've had our last snow for the year, but unfortunately, I've heard the dreaded S word brought up again.  For now, I'll choose to ignore it and instead look outside at the sun shining in the 60+ degree weather outside!

On one of our last big snows, Bean and I bundled up to play outside while daddy used the snow blower! Unfortunately, it was one of those heavy dense snows that was tougher to plow than shovel. It took a little longer than normal, but Steve was finally able to clear off the driveway.  Bean loved trying to help and even played with the shovel (and car scraper).  She ate some, laid in it, and overall squealed with joy. Her cheeks got super rosy and I had to make her come inside 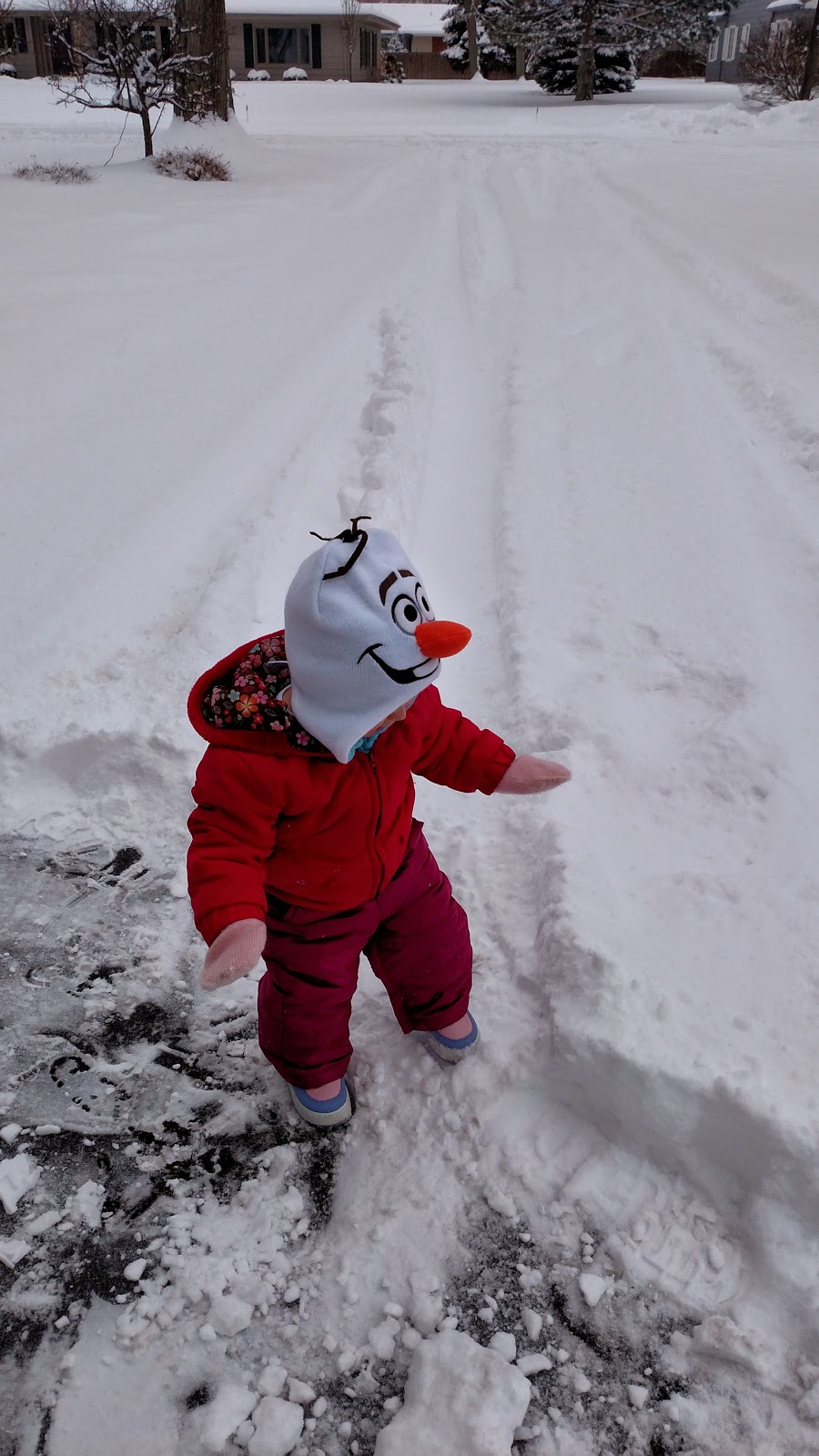 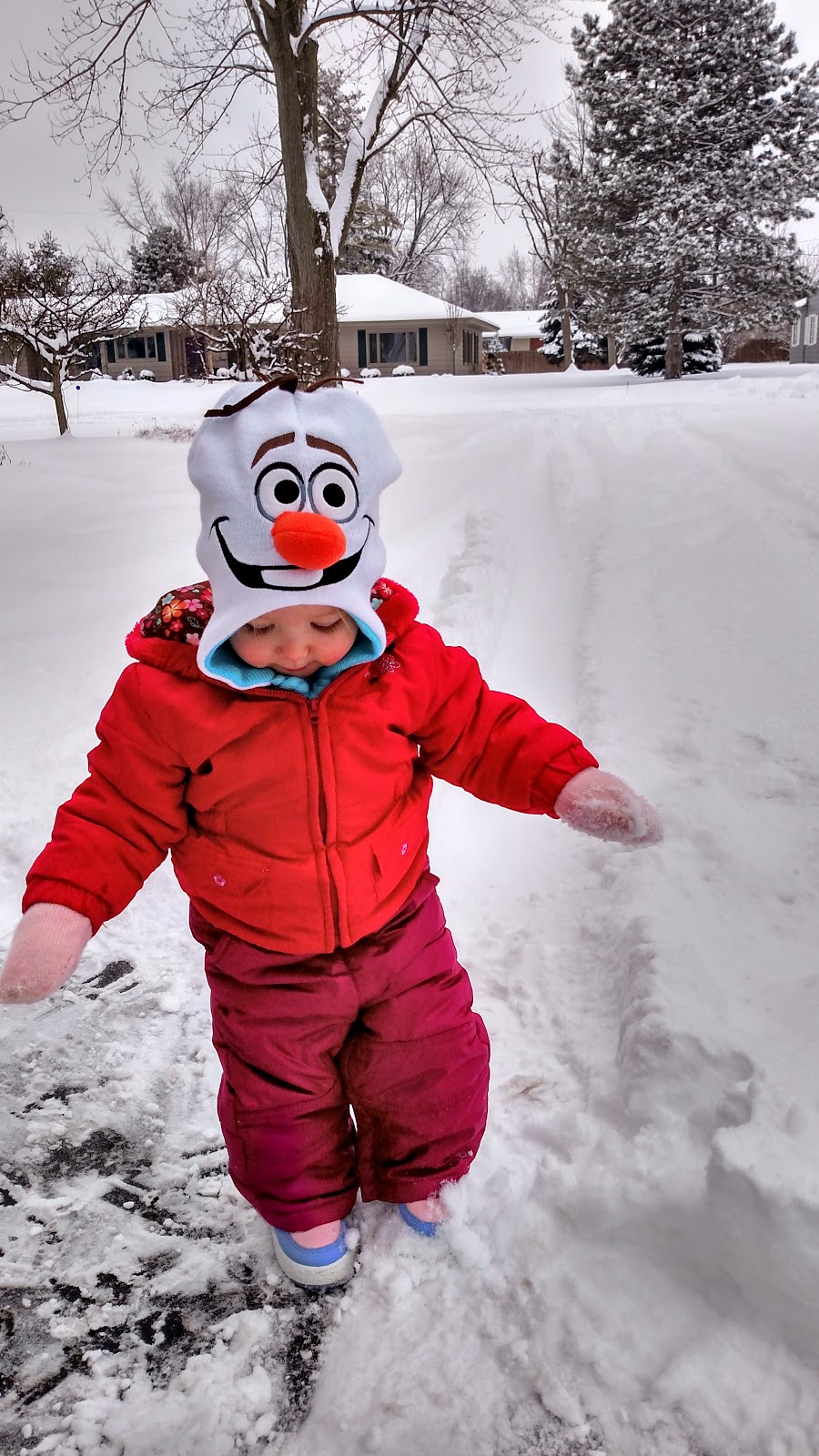 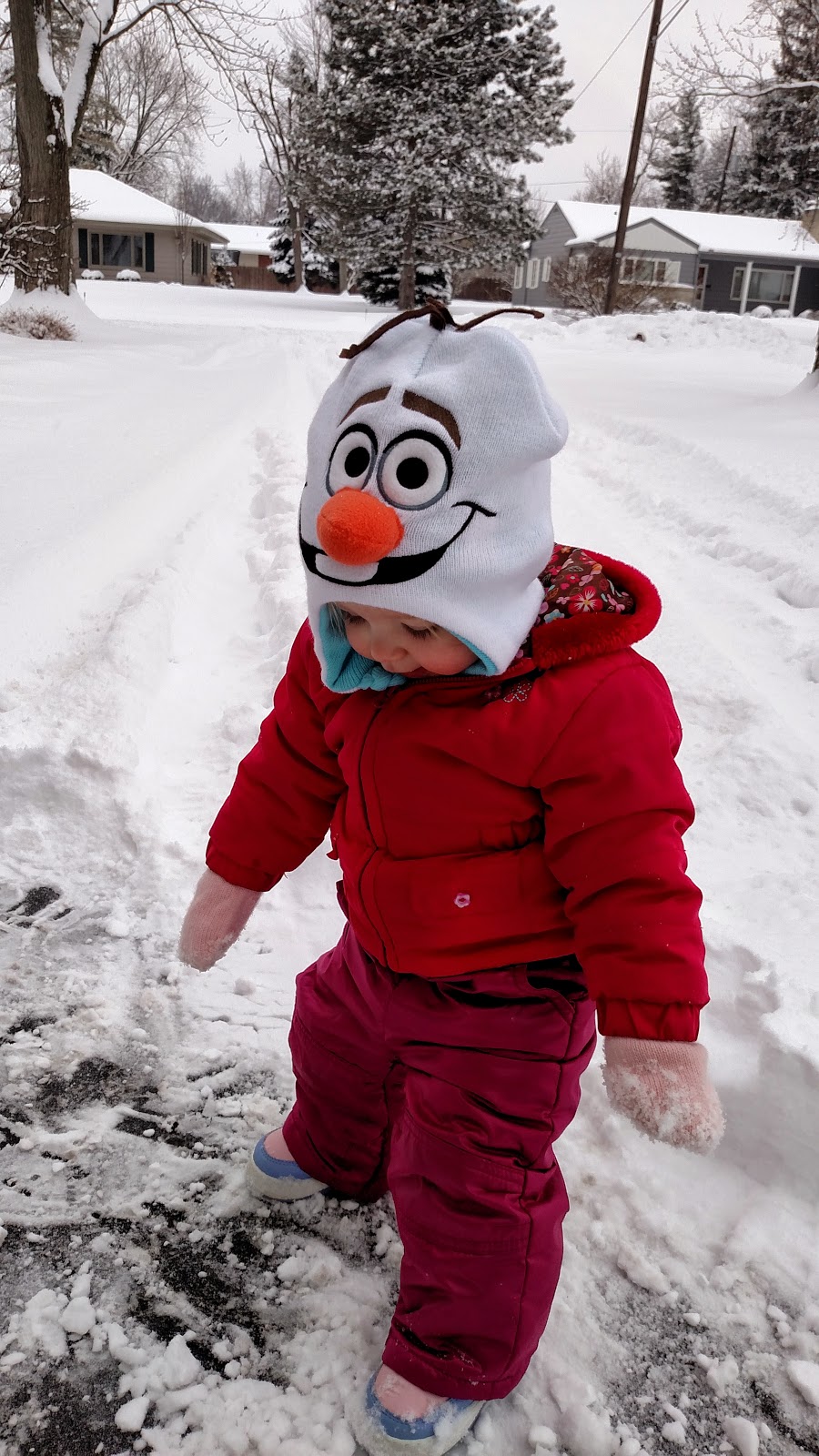 (Are you sure I can just walk around on this?!) 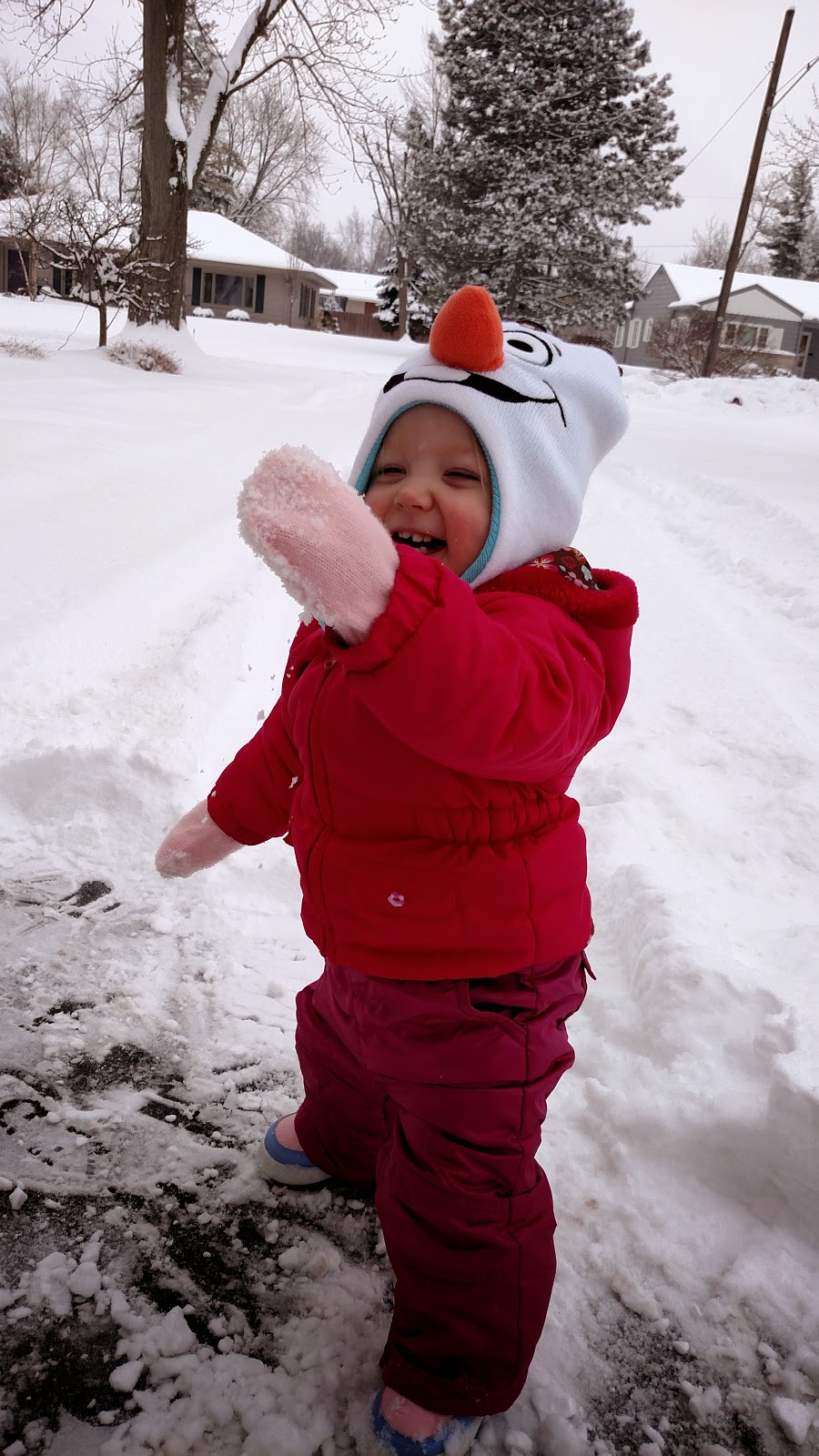 (Here's some snow for you! She's laughing, not crying - ha.  She thought it was funny having snow all over her mittens.) 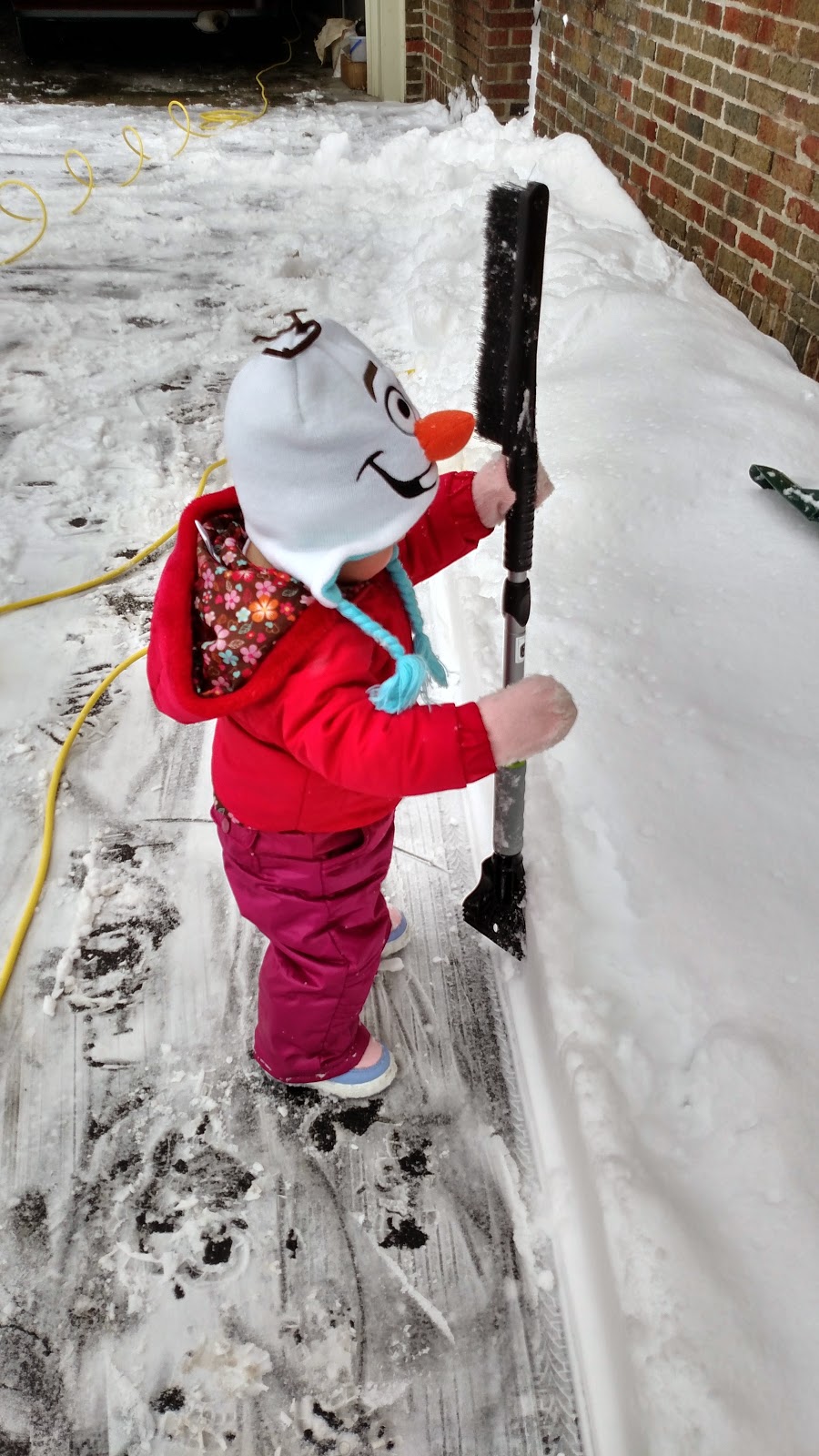 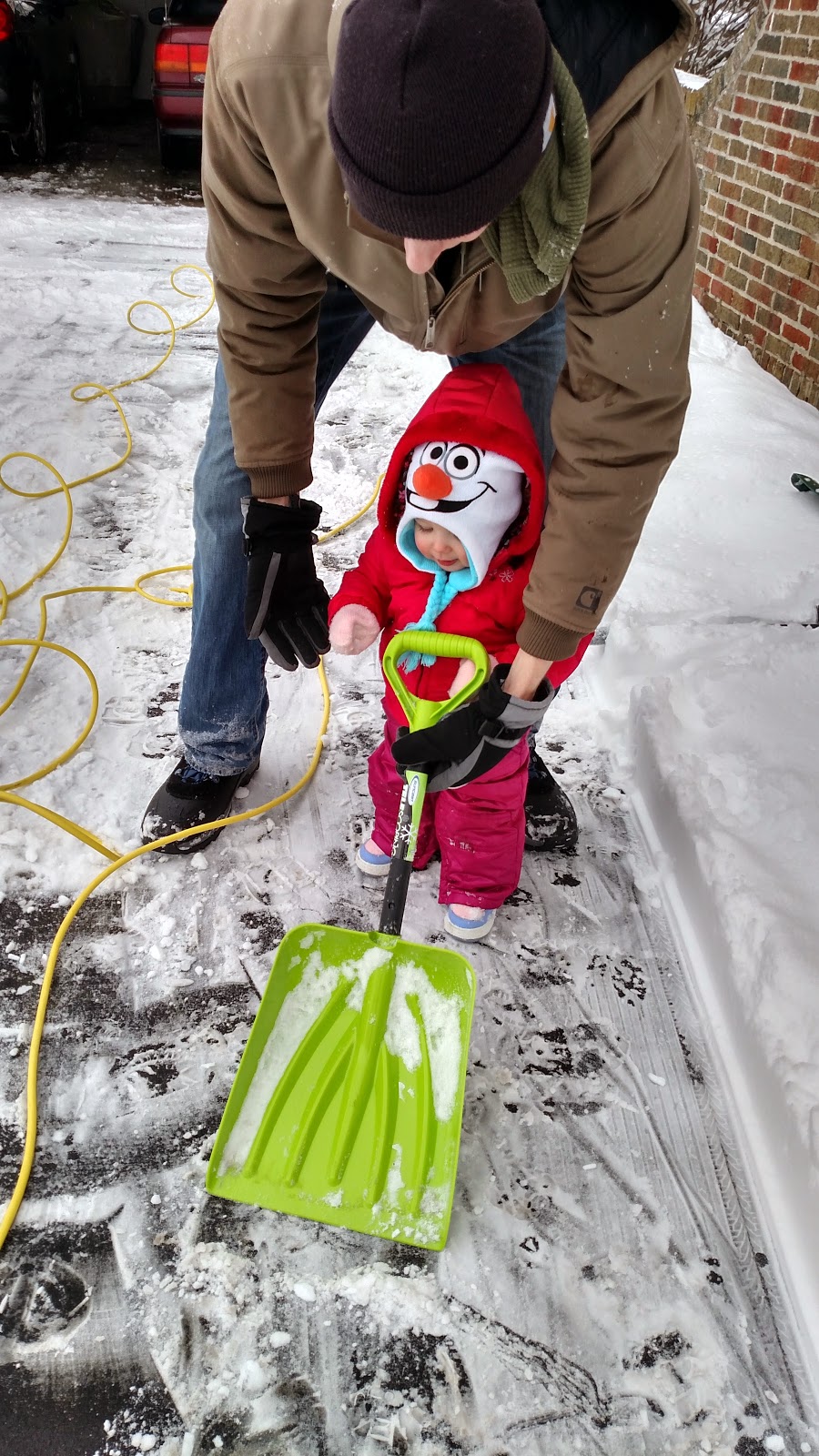 (Daddy showing her how to do it with the shovel) 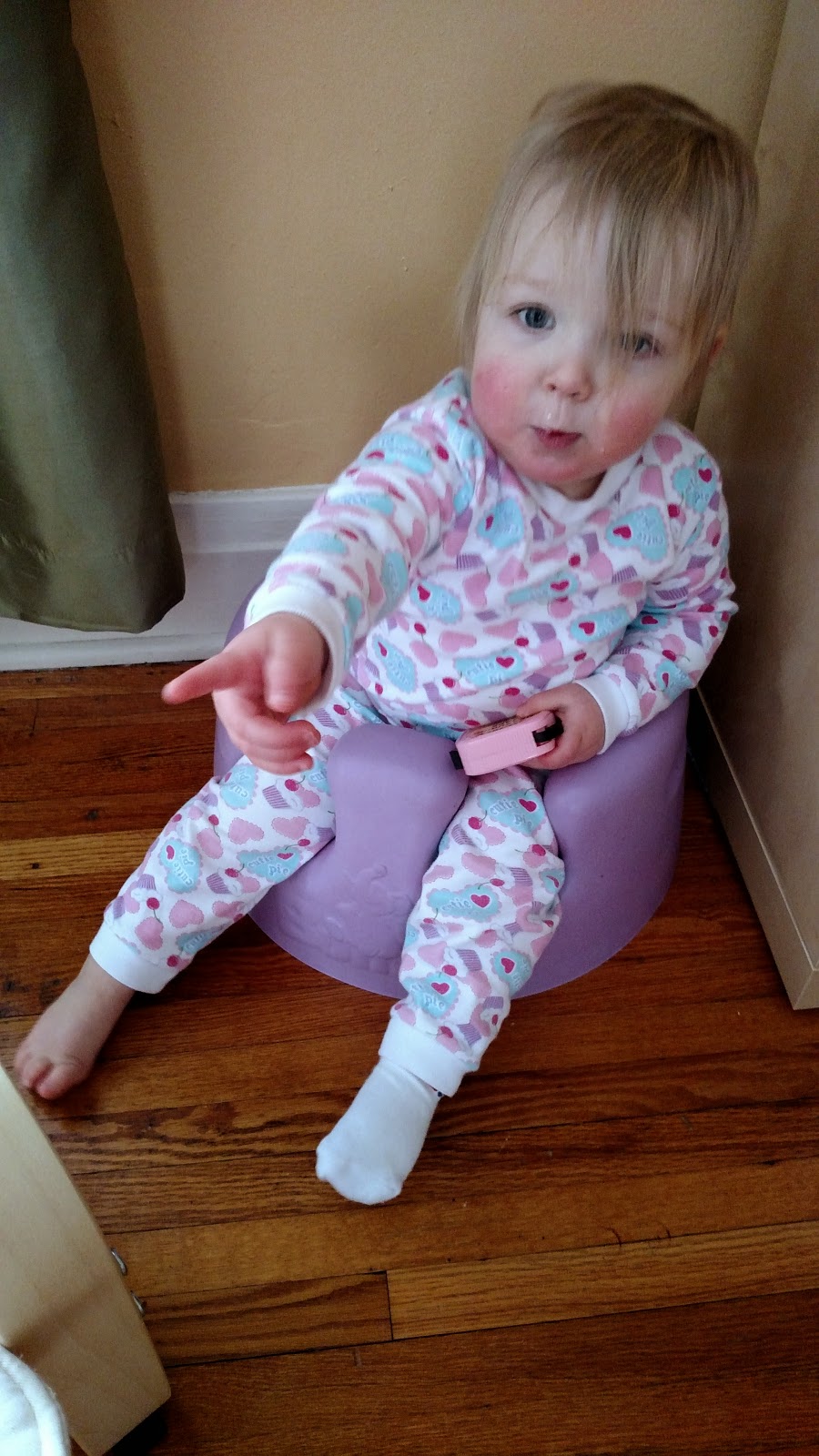 (Look at those rosy cheeks!  She also just discovered the Bumbo seat in the corner -- I use it when I watch Baby J a couple times a week -- and thought it was hilarious to sit in it.  But then, she got stuck and it wasn't so funny -- but I was sure laughing!)
Posted by Unknown at 1:38 PM