(For the record, I started this post about a week after our visit, but never went back to finish it.  Yikes, I've been busy!) About a month ago, we headed South (to Cincy!) to celebrate my aunt's 60th birthday! The day of the party, we were do for a ton of snow.  We only got a couple of inches and it wasn't snowing when we got up.  My family was all heading to the party from Indiana and they decided to brave the weather (they got more inches with it still snowing!).  If they were going, so were we!

The weather was fine for us as we headed towards Cincinnati.  Around the time we reached Dayton, the snow started to pick up. We questioned our decision, but everyone else was still driving so we went with it. As we got off the highway and onto the city roads to get to their house, the roads weren't plowed the best.  We slid a little but figured the plow would go through again later in the day and we'd be fine heading home.  We got to my Uncle/Aunt's house first.

Later a few more people showed up; as well as my other aunt and her family.  A lot of the other guests who were invited had to cancel from the weather.  My Aunt still had no idea about the surprise and was out shopping with her daughter.  My uncle did  great job getting all the food ready and setting everything up.  My aunt finally came home and was shocked to see all of us in her house!  My family missed the surprise part, but arrived an hour later.  I hadn't seen my family since Christmas so it was nice to see them and hang out with everyone. 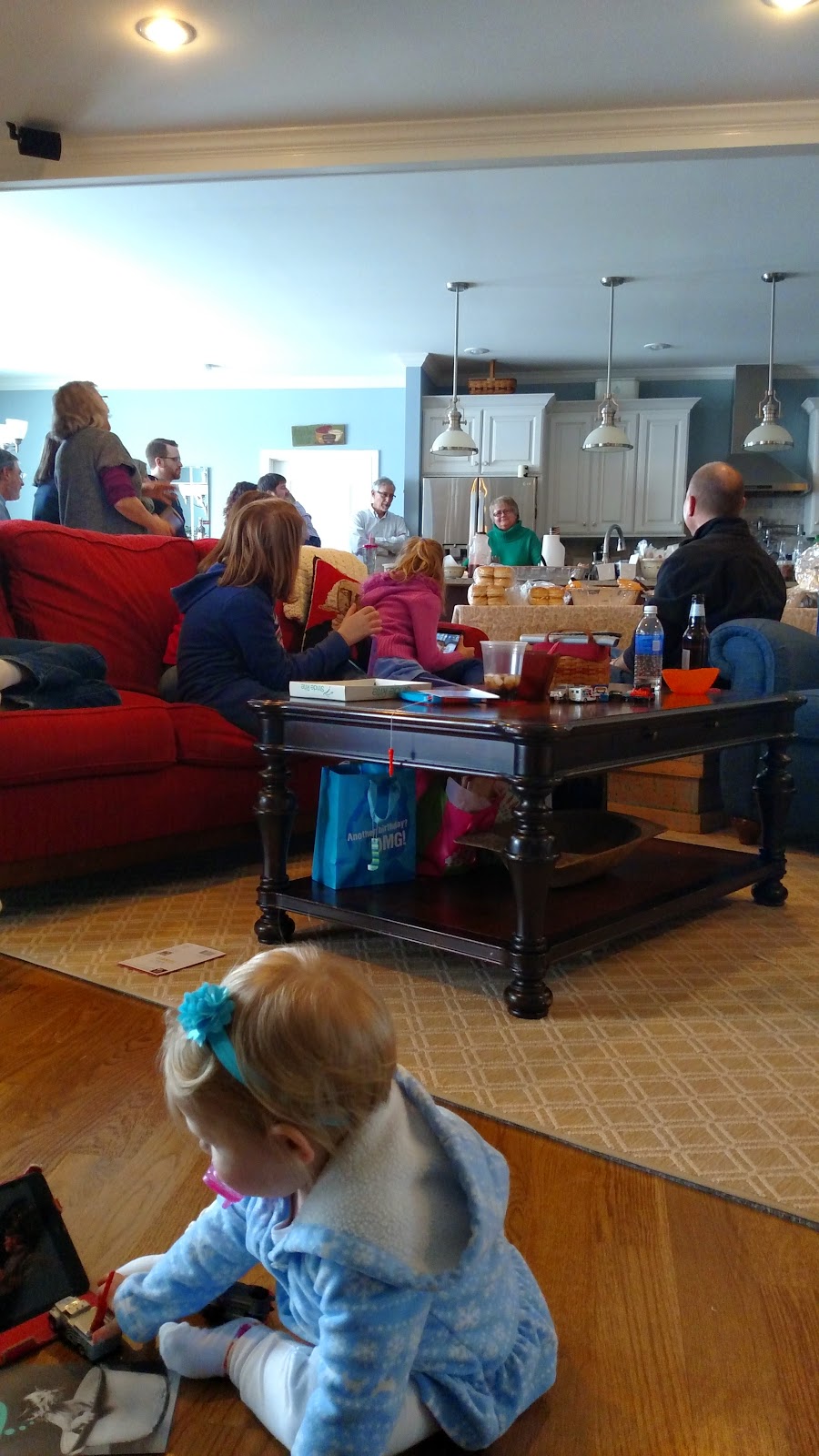 (Bean was spoiled by attention, playing with cousins, and stealing Ahm's tablet to watch Frozen.) 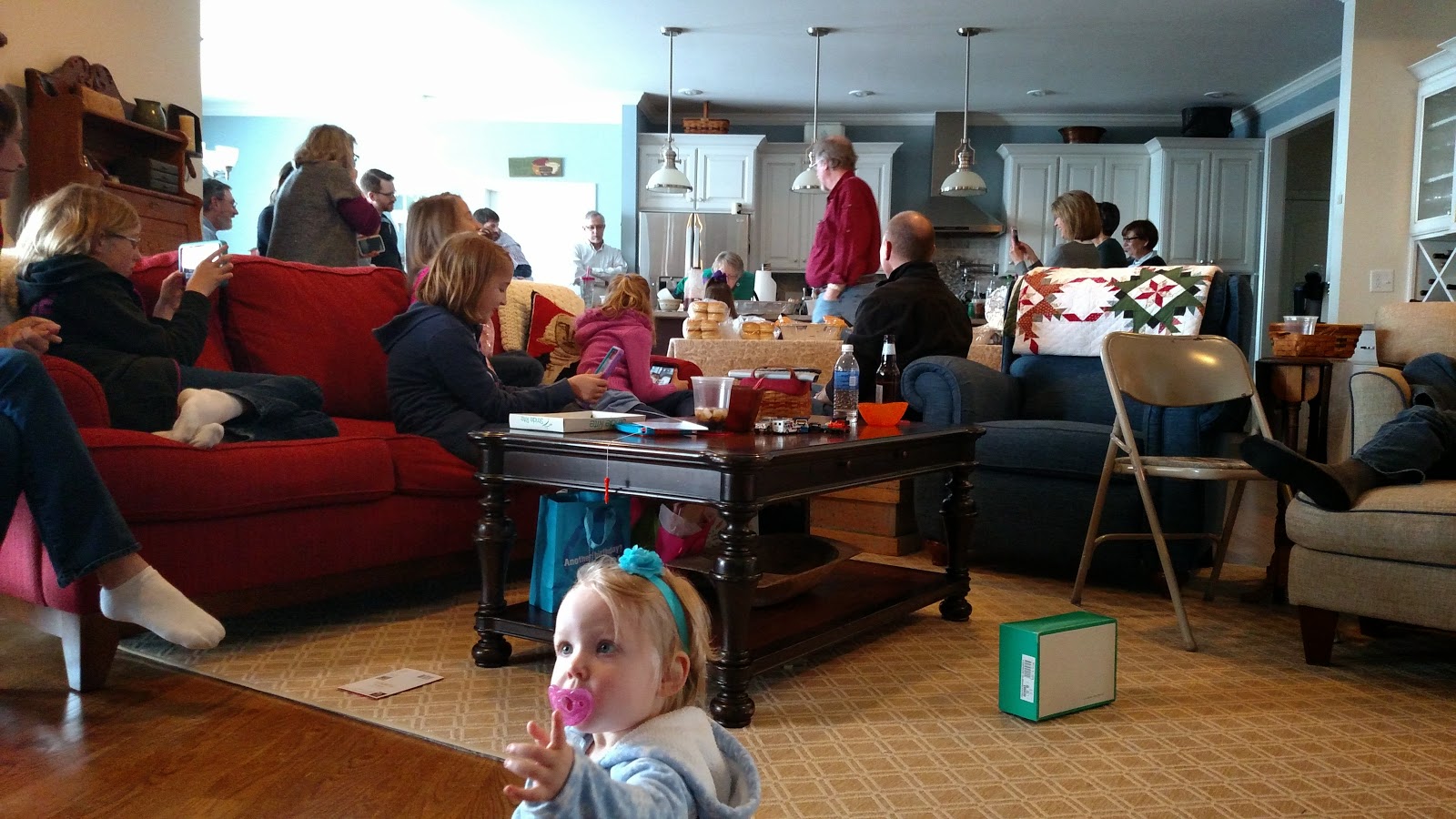 (It's hard to tell, but my aunt is in the back of the kitchen blowing out her candles!)

The snow continued on throughout the whole day and finally stopped in late afternoon.  We said our goodbyes and were going to head back home.  With Ikea so close by. . . Steve decided to throw out an impromptu stop for shopping and dinner.  I of course couldn't say no!  We pretty much had Ikea to ourselves.  Bean loved running around the store.  We bought a few items (storage bins and some jars) and then feasted on some hot dogs. 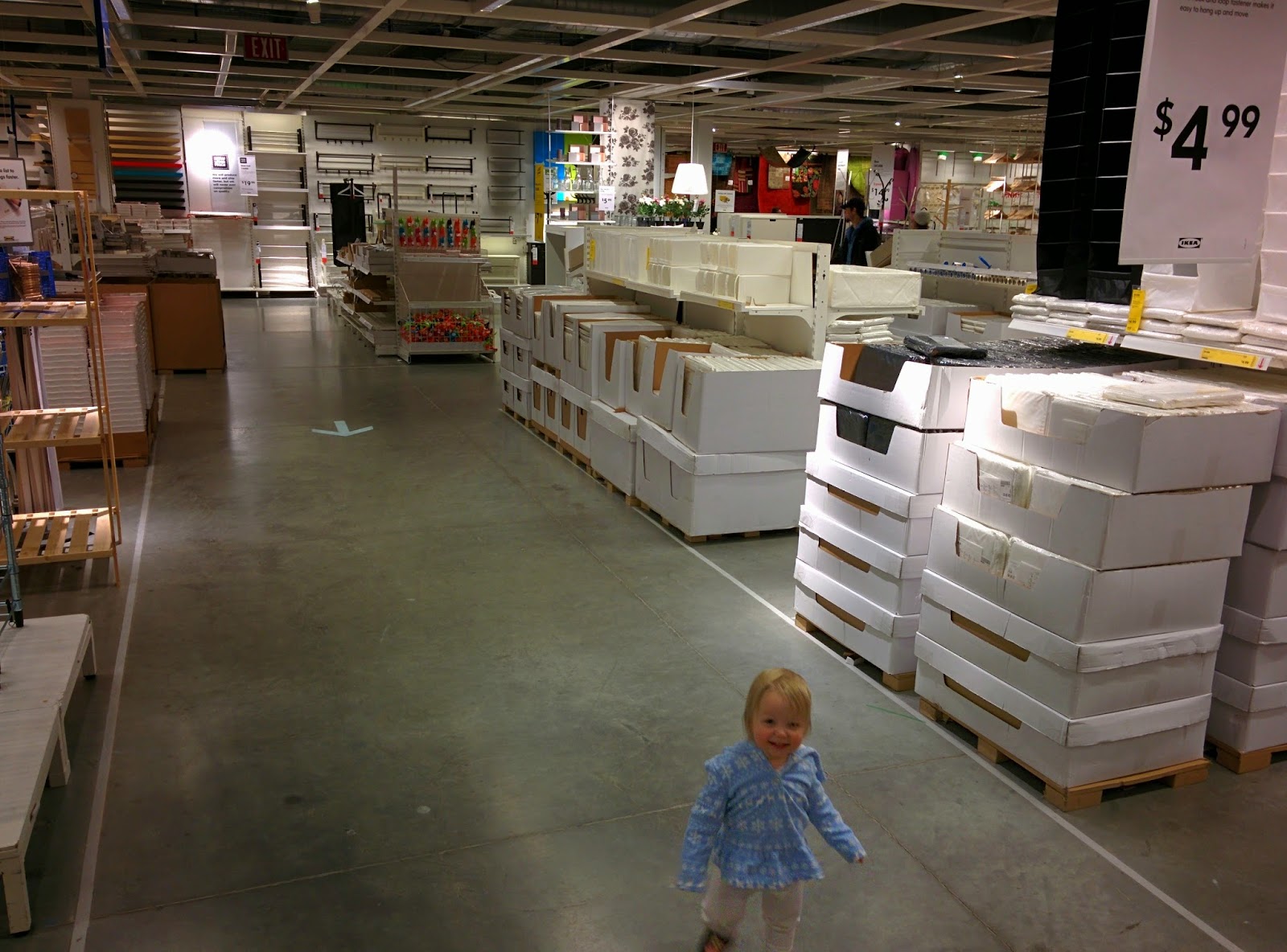 (Little girl loving her ability to run all over!) 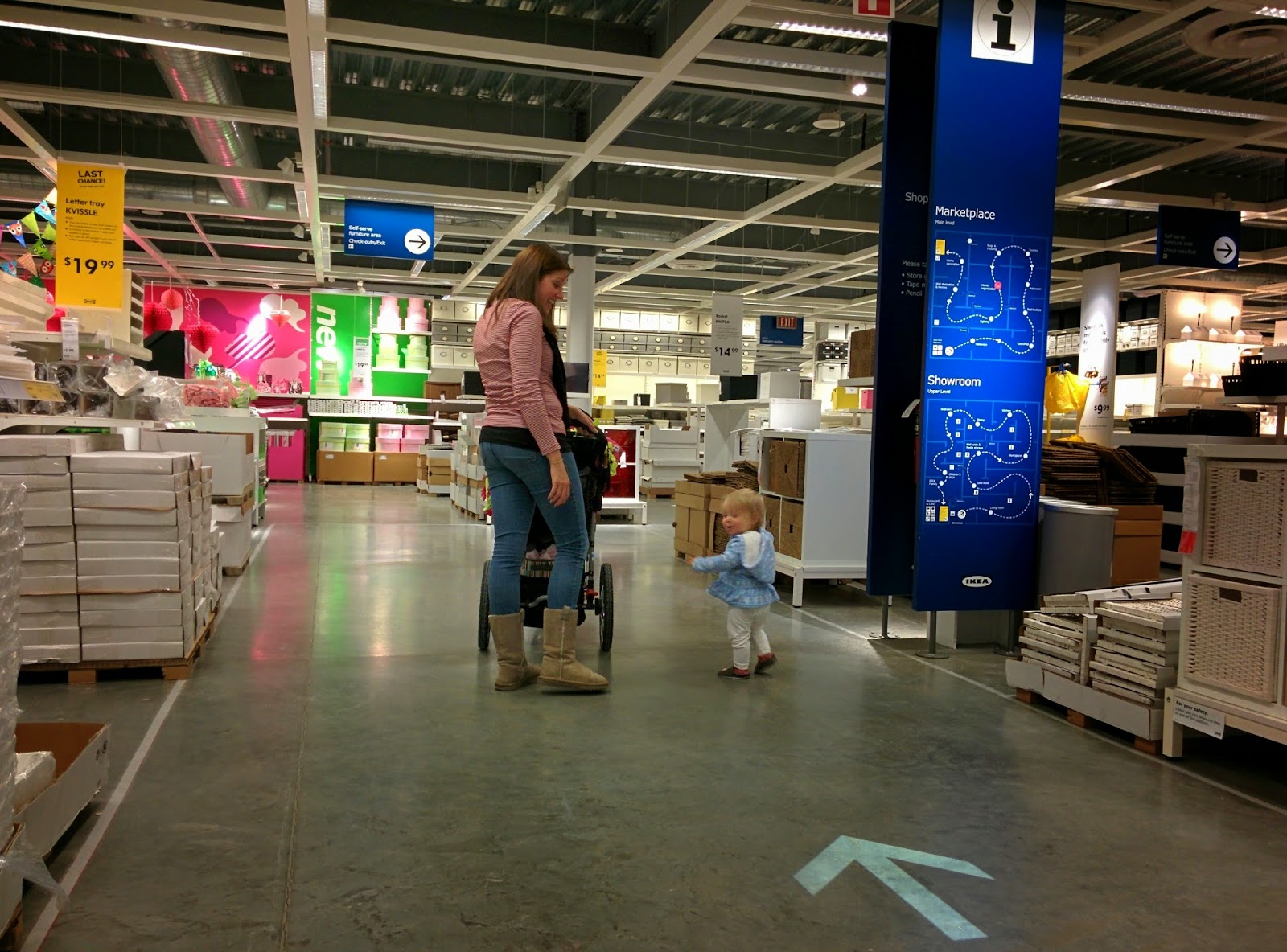 (She especially loved walking over those light up arrows.)

It was dark by the time we loaded up the car and hit the road.  The roads were pretty clear and we were moving along the highway without an issue.  Until we went under an overpass and slid on some black ice! There weren't any other cars, so it wasn't a big deal.  Steve slowed down and watched out for the ice (especially under the overpasses!).  Every now and then there'd be some cars that would be around, but mostly it was all clear.

One car had passed us at a pretty fast speed.  He was several car lengths in front of us when he went under an overpass, hit a patch of ice and immediately started sliding, did a couple of 360s across all traffic lanes and finally ended up stopping, facing us.  Steve handled our car great! We also slid some, but was always in control.  I was freaked out as the other car swerved and looked like it would hit us a couple of times.  Steve was able to slow our car way down and put his flashers on to warn the oncoming cars behind us.  Luckily, no one was hurt and we were able to continue on.  The other car slowed way down after his ordeal!

I was pretty shaken up (just scared about not making it home, haha) and I'm sure Steve was, but he seemed cool about it (other than bringing up the incident a lot, even to this day, ha!).  Bean was oblivious to everything going on - ha!  We made it home in time to get Bean into bead.  What a fun & eventful day!
Posted by Unknown at 1:22 PM