There are a few Bean updates that need to be noted: 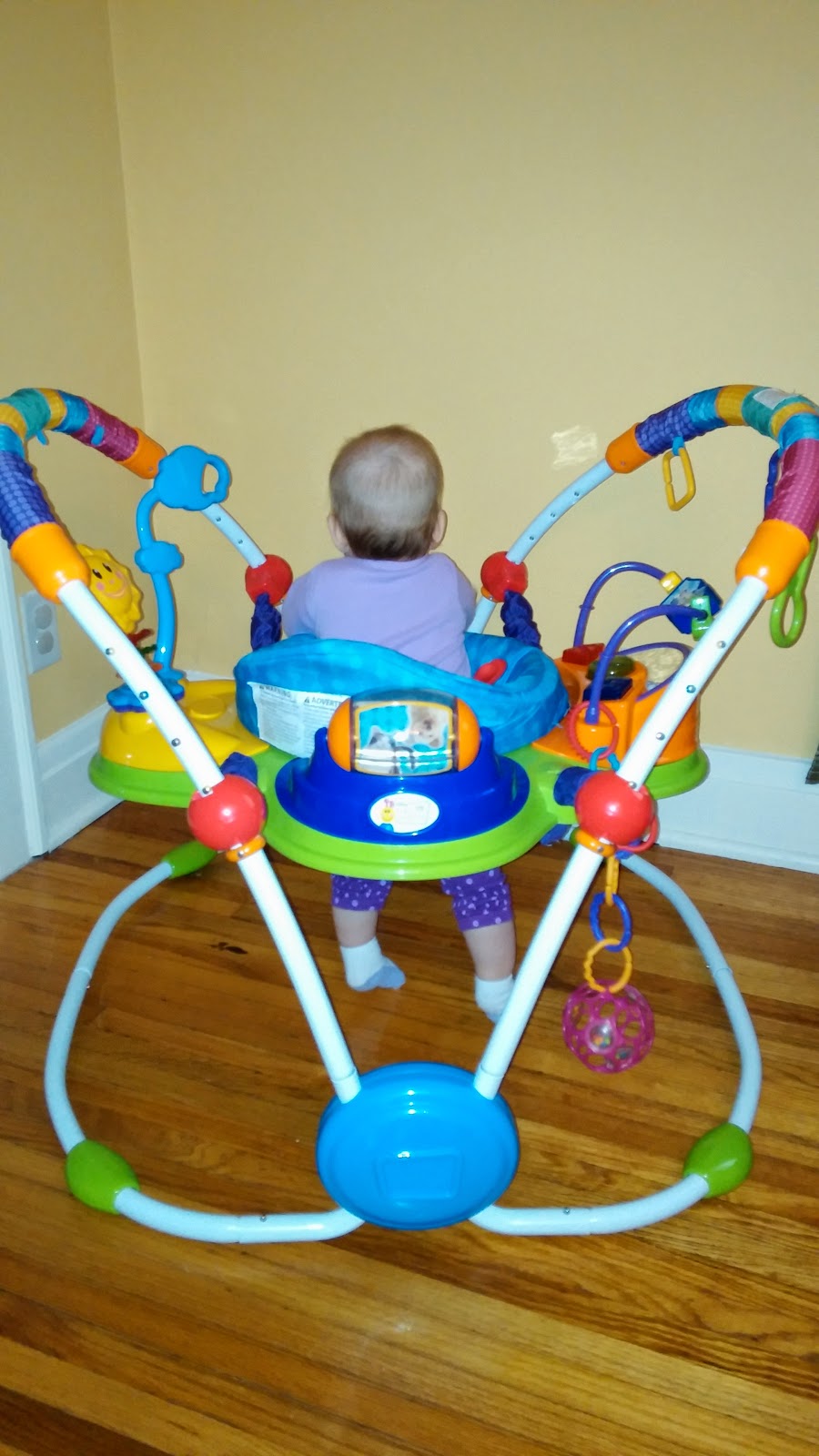 (This happened this morning -- Bean can swivel in her jumper! When I put her in, she was facing me.  A little bit later, I checked on her and she was facing the wall!  I never saw her swivel, but at least she is figuring it out.) 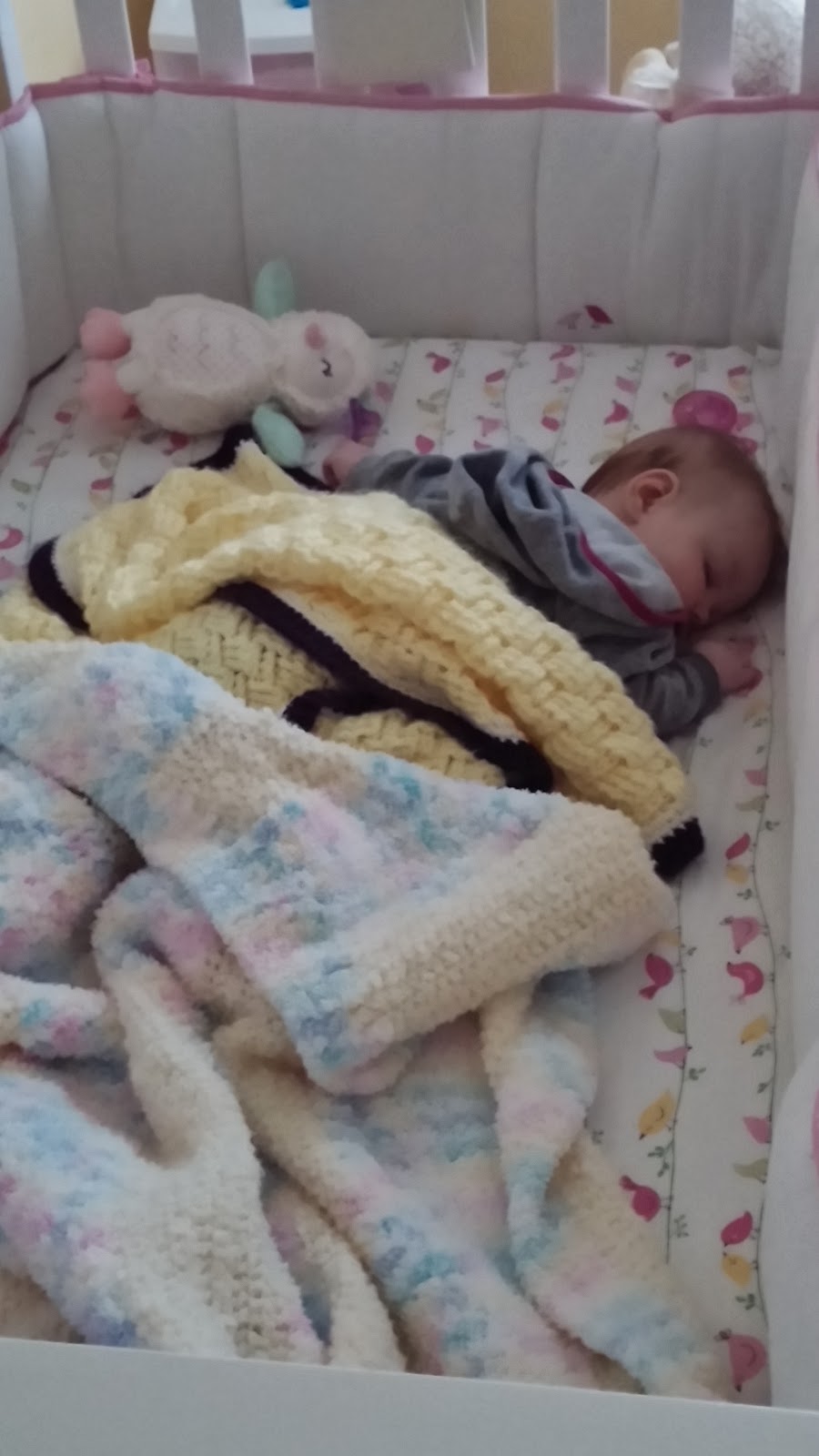 (After a rough morning of refusing to nap, and me finally letting her cry it out in her crib, she zonked.  I went in to check on her and discovered she is now a tummy sleeper- just like her Momma!  I still put her down on her back, and let her flip when she wants to.) 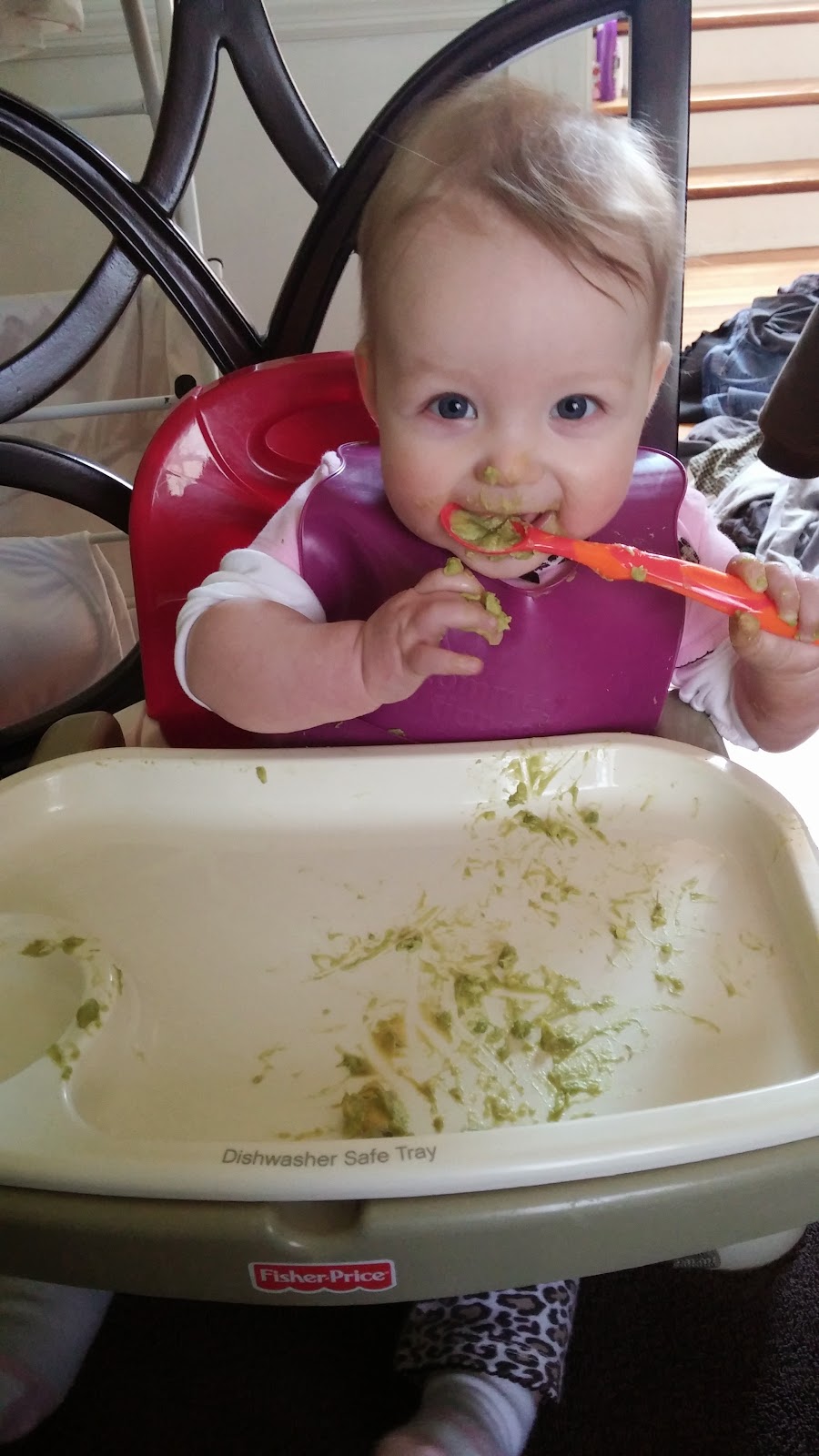 (I tried giving Bean avocado right after I wrote her 6 month update.  In the update, I said she didn't like the first attempt at avocado, but she has LOVED it ever since.  Despite how it appears in the picture, she can not feed herself. I let her hold the spoon while I took the picture.  I also let her mush the avocado on her tray while she eats.  She'll pick some up but doesn't try to put it in her mouth.)
Posted by Unknown at 9:56 AM