I shouldn't have posted about the basement yesterday!  Just a couple hours after posting, I went to check on the basement since the sump pump was going off every couple of minutes and it was raining a lot out.  After just going down a couple of steps, I could already see the water.  The basement flooded AGAIN!

At least everything was protected since I had cleaned up.  Only thing that got wet this time was a tv box, but I caught it early so it was just a corner.  I immediately shut the furnace off (water was all under it and slowly rising) and called Steve.  He didn't answer but called me right back.  He was actually at his desk and able to drop everything and come right home! Good thing it happened on this day, because any other day and I would have been on my own. 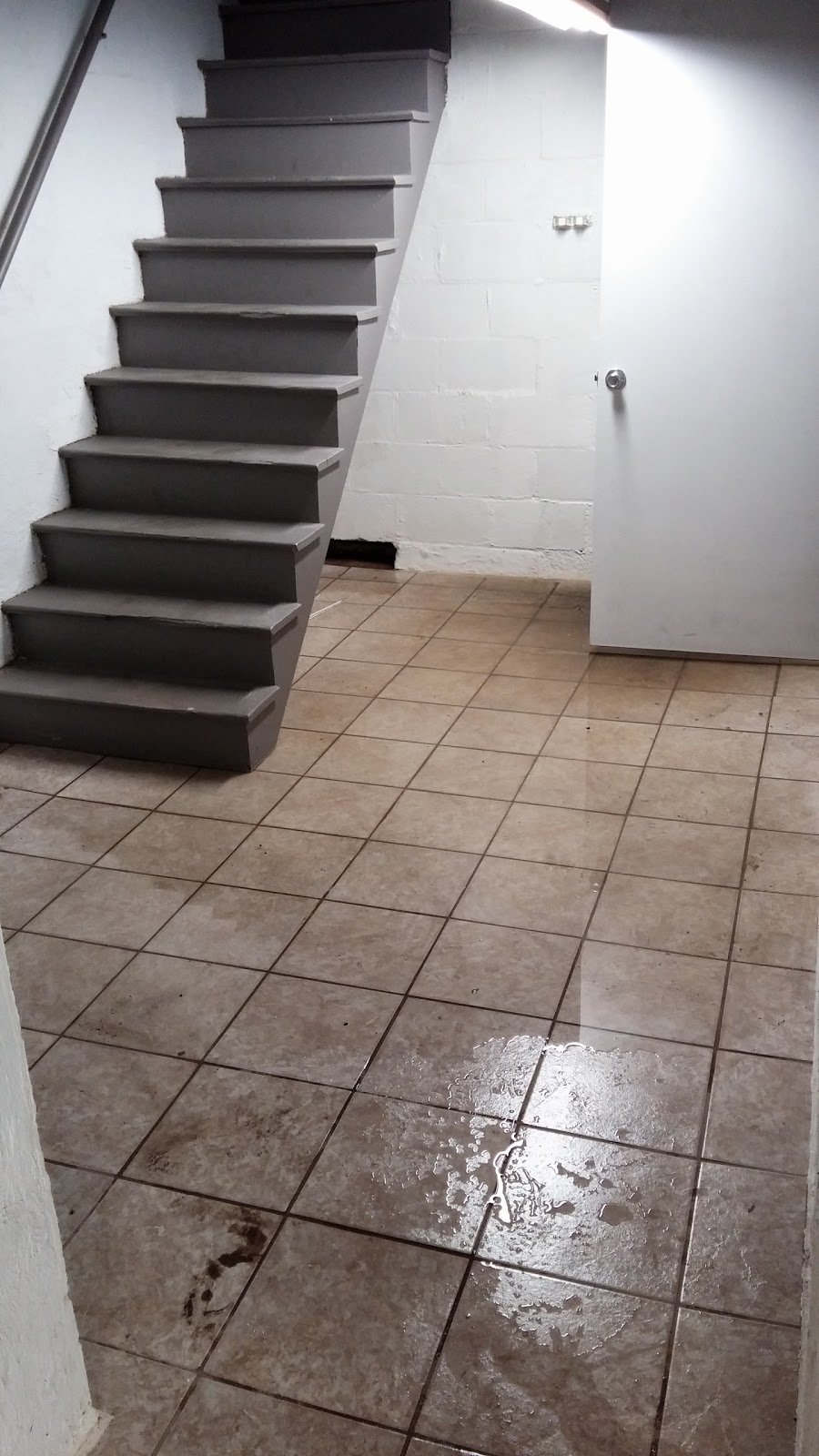 (At least the basement is clean??) 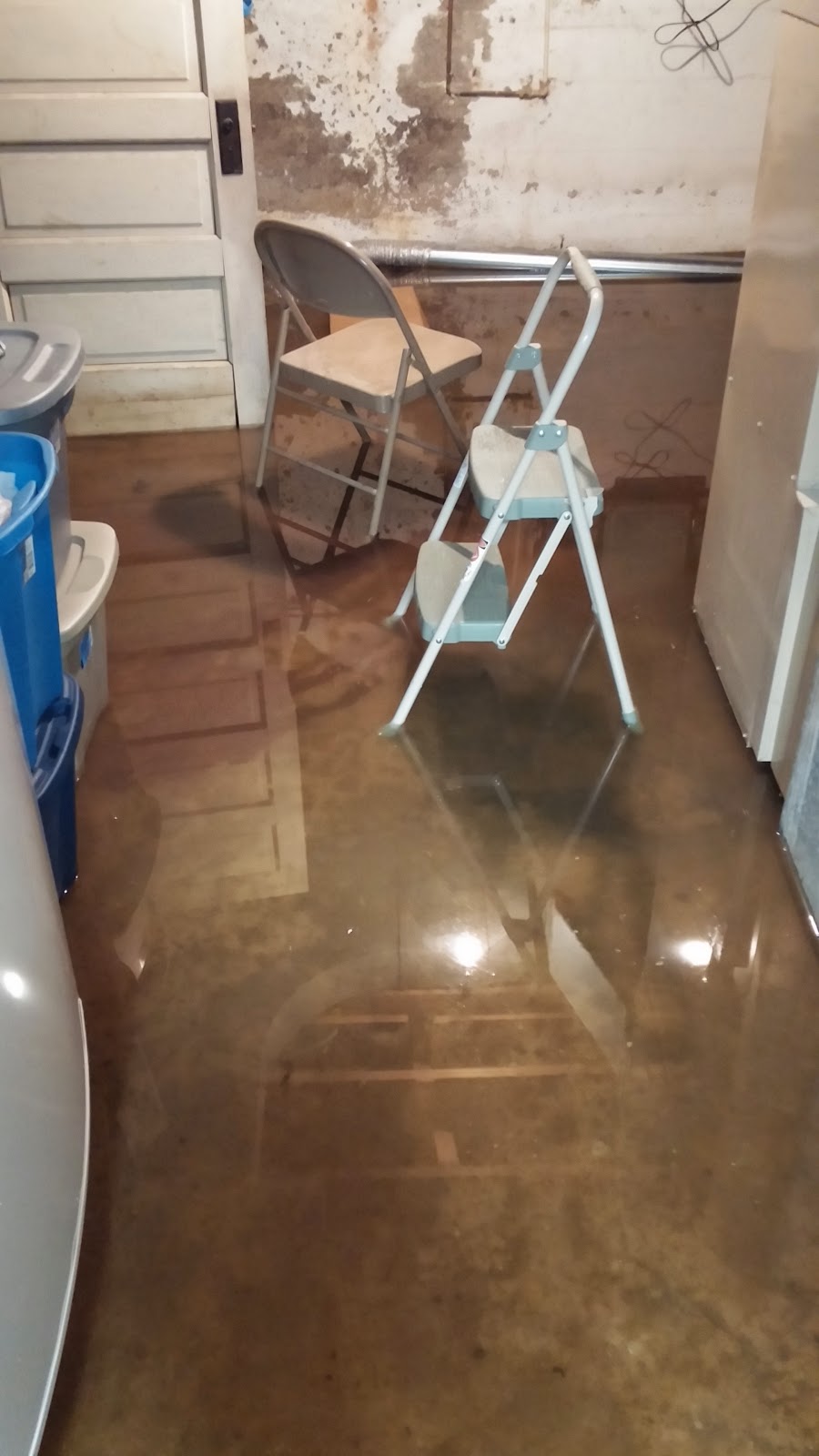 (The pictures are very deceiving, but the water was a couple inches deep in most areas.  In the main area where I sat and bailed out water was 4-6" deep.  The water definitely went over my feet and soaked through my boots)

Since we've been through this before, we knew just what to do.  Steve got to work sucking the water up with the wet vac while I tended to Bean.  She went down for a nap shortly after he started working, and then I joined him.  I resumed my position in the room with all the water and paddled water with a tote lid through a hole to the pump closet.  I worked until Bean woke up.  Steve finished up about a half hour after I left him.  We didn't get all the water up, but got it contained to a smaller area.  Steve set up a couple dehumidifiers to help with the drying process. 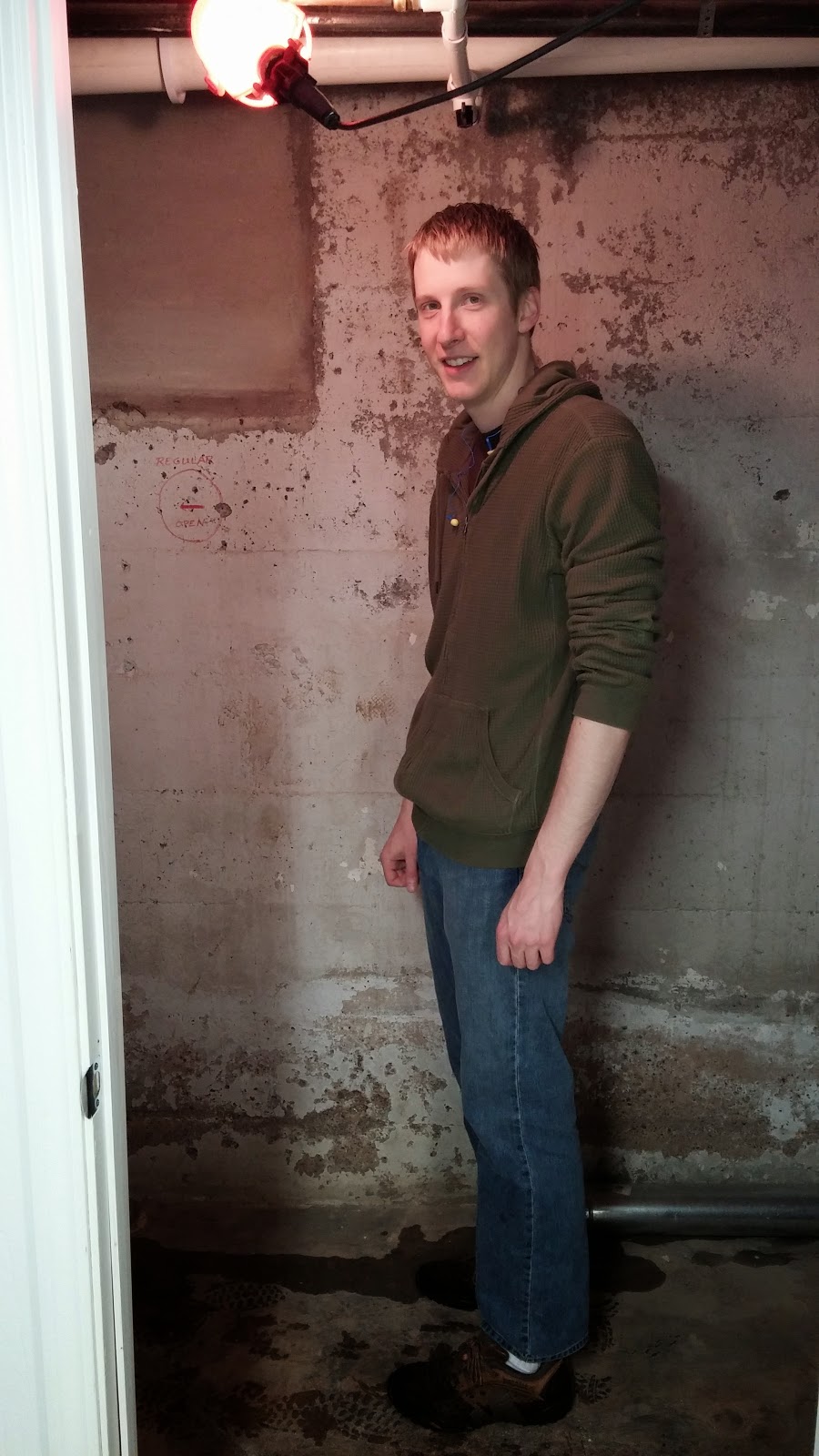 (What an amazing husband to come to our rescue!) 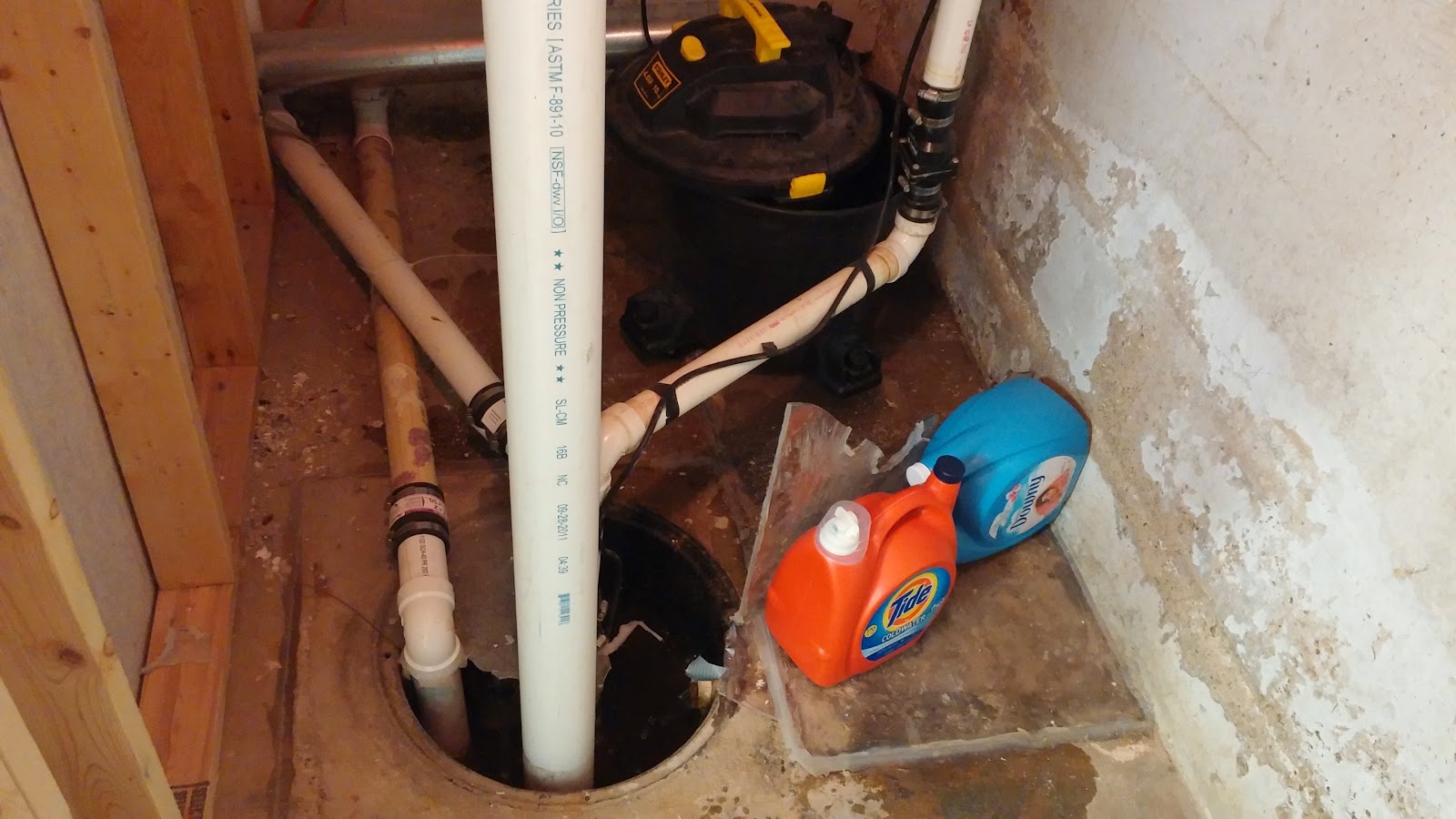 (Steve pried up more of the plexiglass that covered the sump pump.  He then positioned the wet vac near the pump and fed the hose through the hole in the wall - see next picture.  By having the vac near the pump basin, he didn't have to waste too much time dumping the water each time. 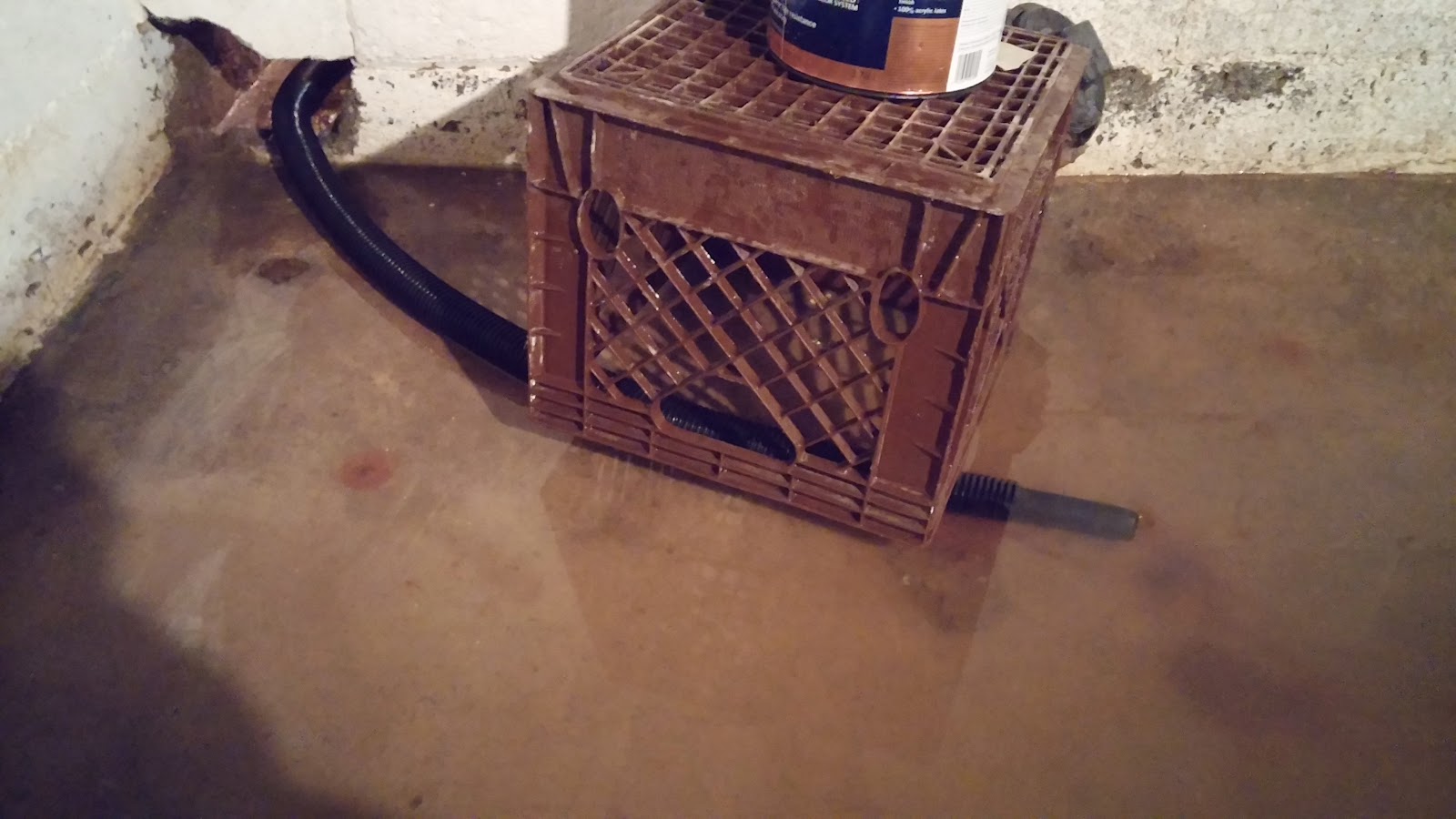 (I sat on a chair facing the hole from the other side.  This was my view.  I got to watch and make sure the hose stayed under the waterline.) 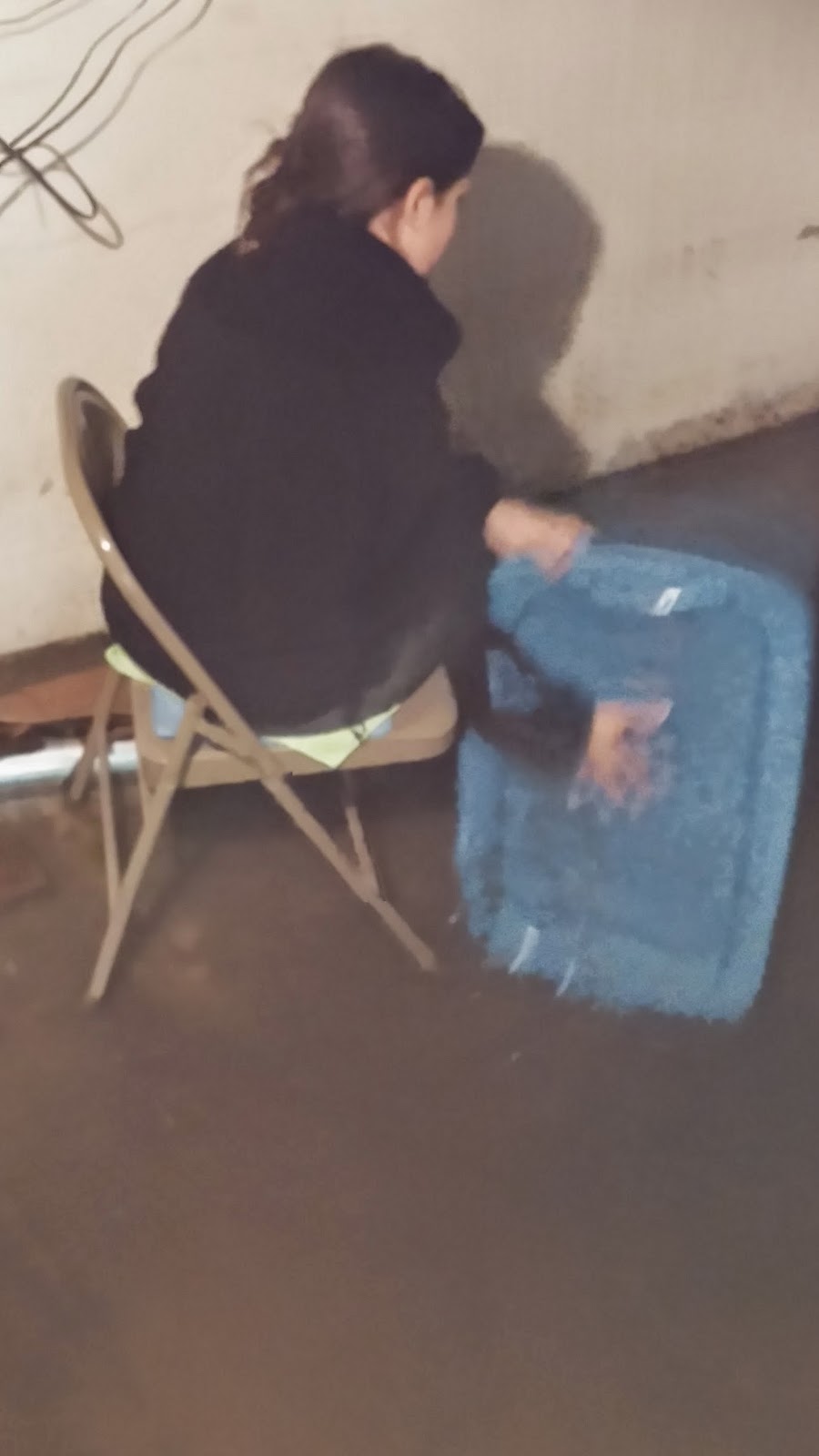 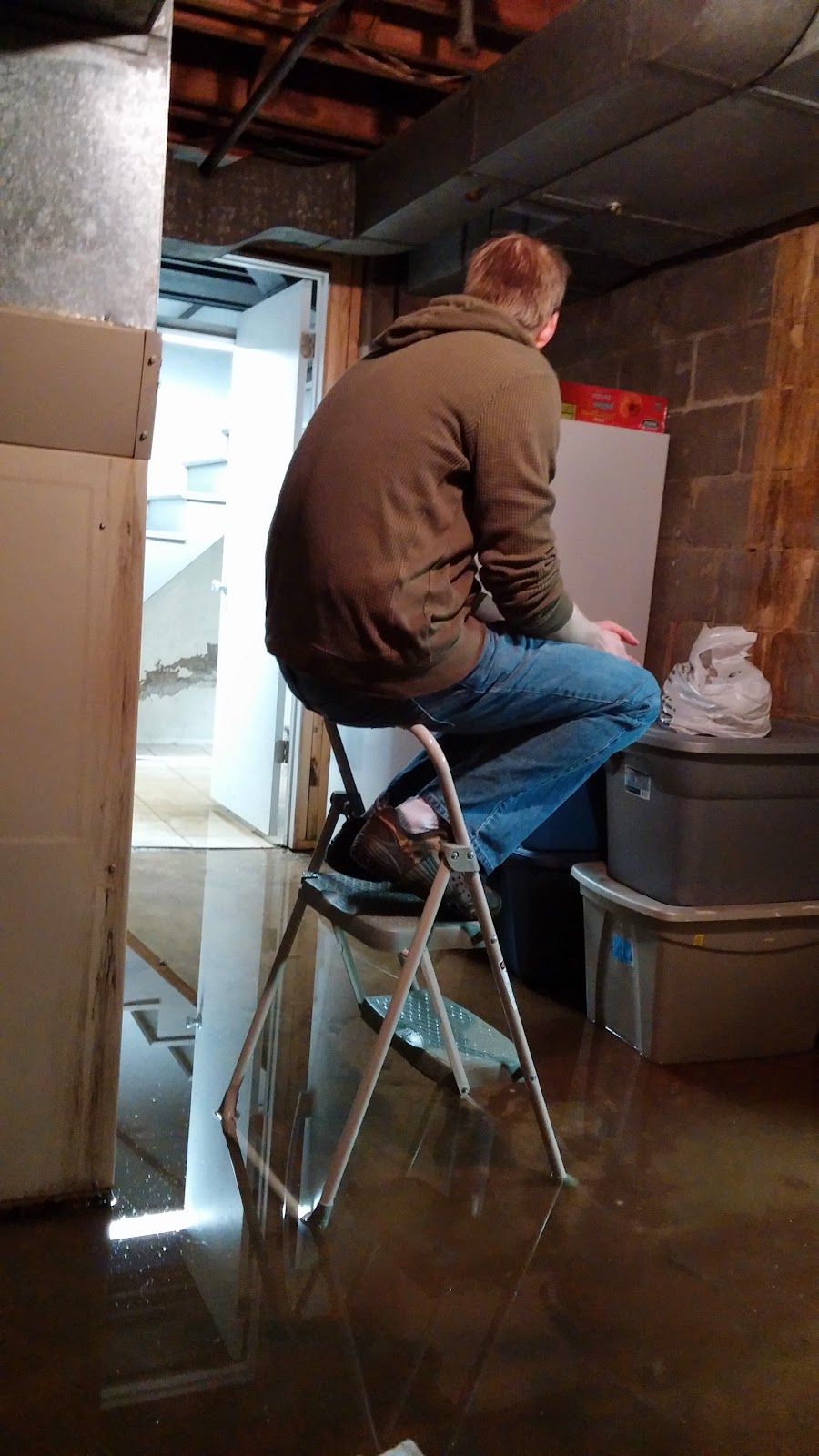 (Steve would take breaks from vacuuming and emptying out the vac- the water was heavy! I'm pretty sure he's contemplating life at this point. . . or maybe just how to prevent this from happening again.)

We know the flooding corresponds to the rain since it was raining when this happened last time.  However, another problem is in play.  About a month ago, we noticed sewage coming up out of a drain in the basement.  We ended up having to hire a plumber that snaked the sewage stack.  Earlier this week, I noticed that drain was looking wet again and had just mentioned to Steve maybe the plumber didn't fix the problem.  Well I guess the answer is that he did not! After cleaning up the water, and running a couple of showers, we discovered that sewage was backing up int he basement along with all the water.  Just lovely.
Posted by Unknown at 6:00 AM