While in Rome, we rented an apartment in an alley just seconds form Campo de Fiori.  We found the apartment thanks to airbnb.com.  When you find a place you like, you have to "apply" for it.  Fabio accepted our application and we then worked with him on the logistics of checking in (remember that arrival fiasco?). 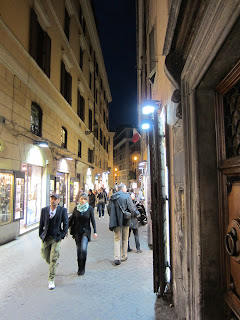 (Here is a picture of the alleyway our apartment was located.  Nearby were clothing stores, cellphone store, little restaurants and other various shops.  If we continued walking down the alley this way, you would come out at Largo Argentina (about 5 min walk).) 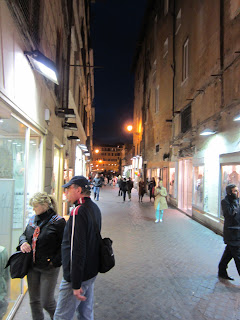 (Here is the view out the door in the other direction in the alley.  If you continued to walk this way, you would be in the middle of Campo de Fiori in less than a minute.) 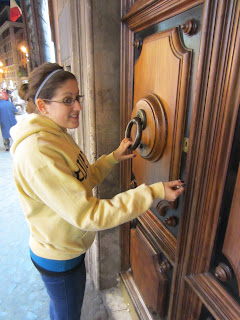 (We had 2 keys for 2 sets of doors.  First you had to enter the apartment complex via the alley door.) 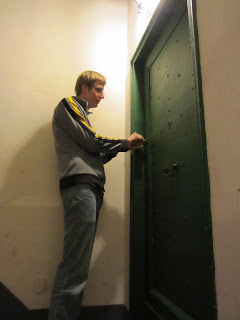 (Then you went down a hallway, up about 10 steps, and into the door to our apartment.) 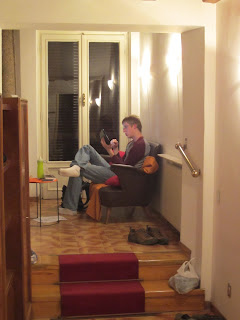 (Upon entering the apartment  -- behind to the left -- you could access the bathroom (to the right), bedroom (to the left), or enter the living room.) 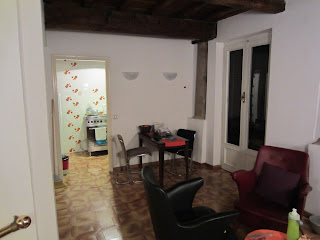 (The kitchen was located through the living room.) 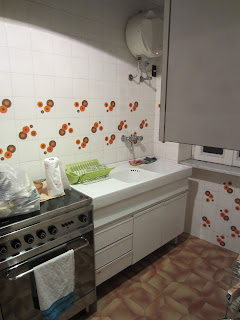 (We never used the kitchen.  We only used the fridge to keep the water in our Brita bottles cold.) 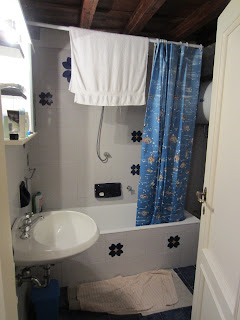 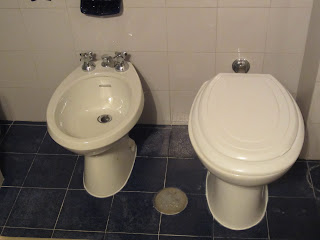 (This picture is for my mother -- ha!  Rome was the only apartment that had a bidet.  Unfortunately, the water pressure was lacking and we never used the bidet -- only laughed at its existence.) 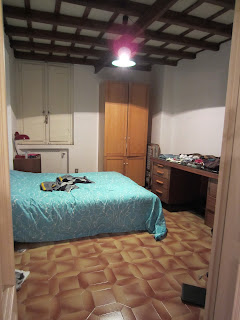 (Bedroom)
We were surprised at how quiet the apartment was, especially being so close to Campo de Fiori.  We only had issues with sound in the morning, when there was banging overhead from some sort of construction.  There was also some crazy bird we heard that sounded like a cross between a squawk and chicken sound.  We heard this bird elsewhere in Rome, but never discovered the species that made the sound.
Posted by Unknown at 1:10 PM