Steve got to sleep in a little on this morning.  He didn't have to be into work until 8.  I woke up with him, but I just got up to dump pictures off the camera.  He wanted to take the camera with him for the day because after work, he gets to go on a little excursion to a local brewery.

After he left for the day, I went back to bed (ha ha, it's vacation, right?).  I'm still trying to adapt to the time change.  It takes me forever to fall asleep at night, so then I wake up later. It's a vicious cycle.  But once I'm up out of the bed in the morning, my energy level is fine.  Once I got up for the day, I began my "long day" of being alone.  Steve was unsure of how his day would look between training and the brewery tour, so I just counted on not seeing him until bedtime.

My day looked a lot like yesterday, only longer and with no supermarket run.  I watched more Olympics and discovered more about the tv (like as the day progresses, more English is shown).  I even found a channel running a movie in English, and who would've guessed -- JUMANJI!  My nieces would've loved it!  Although, they would have asked a bazillion times about the Flemish subtitles (Flemish is the Belgian dialect of Dutch).

I caught up on journaling and finally did some blogging.  The more downtime I have, the more blogging I can do.  But that will soon change in a couple of days.  Once Steve is done with training in Mechelen, we'll be off to explore a couple more cities in Belgium and then off to Paris.  Even though we'll have internet, I'll apologize now that blog posts may slow down.

Steve ended up popping into the apartment around 5:30.  He had enough time to drop off some of his stuff and change before heading back to meet people for his brewery tour and dinner.  He didn't come back until 10:30 (or as they say in Europe, 22:30 -- I'm still not used to this).  He had homework that still needed done, so he quickly got to work and then we headed off to bed.

Here are pictures from his brewery tour.  He quickly told me about them; so if I get it wrong, blame him for night writing the captions :) 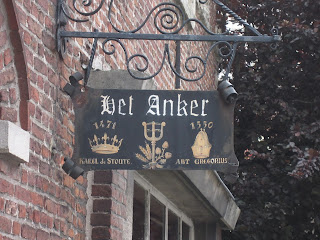 (Het Anker Brewery was originally founded in 1471, but its ownership changed and was later renamed to "the anchor" in 1904.) 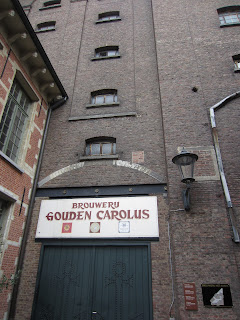 (1960 its name was changed yet again to Gouden Carolus in honor of Holy Roman Emperor Charles V who was raised in Mechelen.  Later a hotel and restaurant was added onto the brewery.) 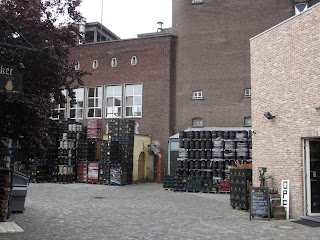 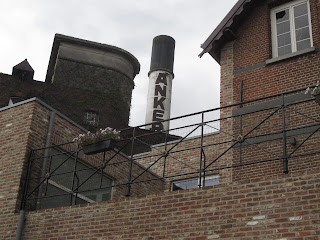 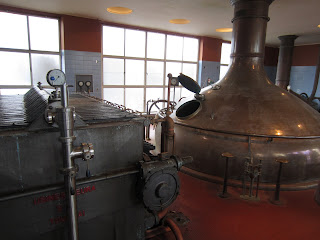 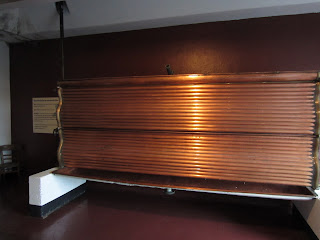 (This used to be some sort of a refrigeration machine that cooled the beer down but it's not used anymore.) 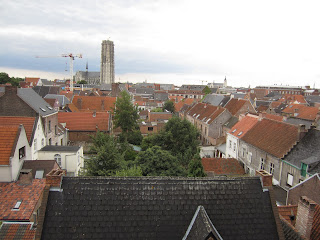 (View from the rooftop -- The tall tower is from the Cathedral in the heart of Mechelen.) 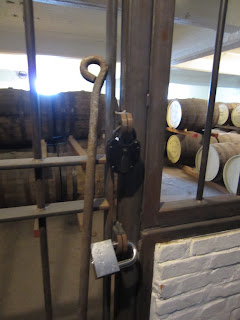 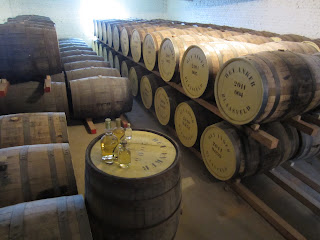 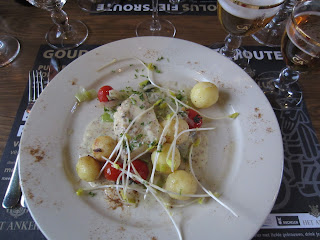 (Steve had to order his meal in advance because there were so many in the group.  There are like 20 people here in Mechelen for the training.  Steve ordered some sort of fish and the brewery specifically picked out the beer that goes with the dish.)
Posted by Unknown at 4:54 AM