The place that we are staying at while in Mechelen is someone's apartment.  We decided to stick with our airbnb.com ways again this trip so that we'd again have access to a fridge and stove.  The guy that owns the penthouse (as he calls it) is away in Africa right now.  We had to apply to use his apartment and he accepted us quickly!

As I stated in a previous post, his parents acted as host and picked us up at the train station when we arrived in Mechelen.  They gave us the keys, showed us around the apartment.  Explained some of their son's gadgets (some of the lights and windows are controlled by different remotes). 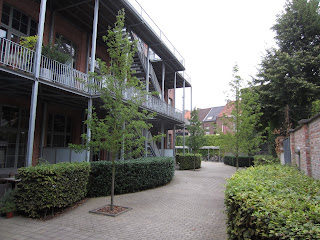 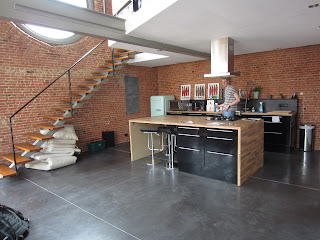 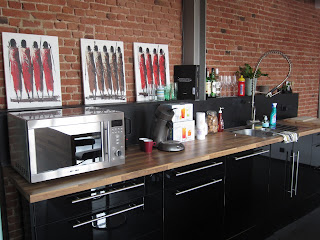 (The kitchen is decked out in Ikea furnishings and some interesting artwork.) 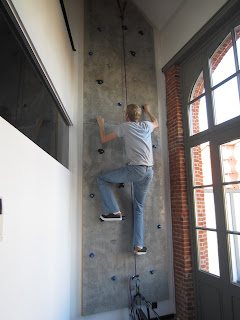 (No that is not Spiderman, it's just Steve attempting to climb up the rockwall.) 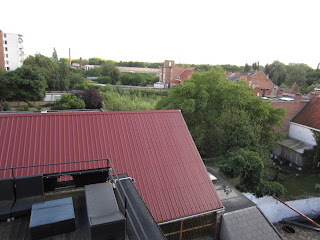 View of the terrace (lower left corner) and surrounding area.) 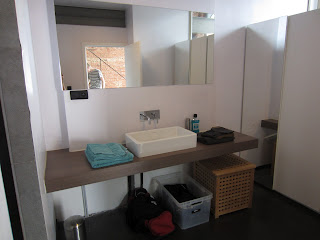 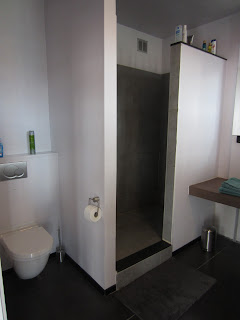 (Shower -- it has a drain problem and as you shower the water slowly rises.  You have to finish your shower before the water level reaches the step- haha) 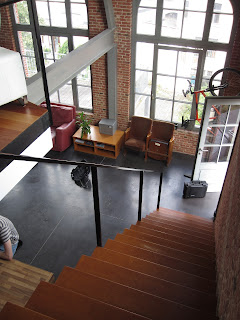 (Going up to the second level which has the living room and an office area.  The door on the right goes out to the terrace.) 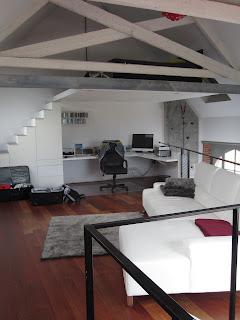 (The stairs on the back wall go up to the bed loft.) 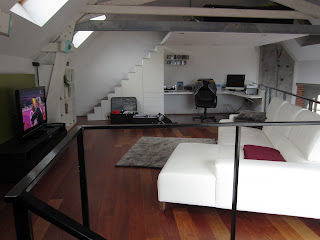 (Living room and office space.  You can see the rock climbing wall on the back wall to the right.) 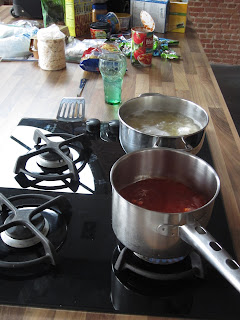 (We've eaten in every night so far.  Some stuff we bought from the supermarket, and some stuff we brought with us.) 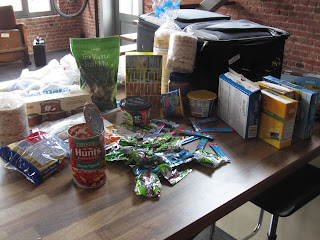